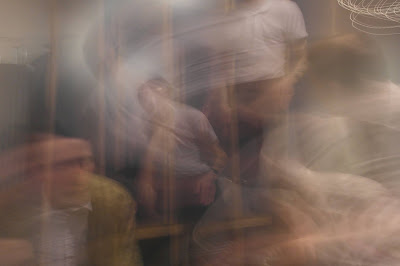 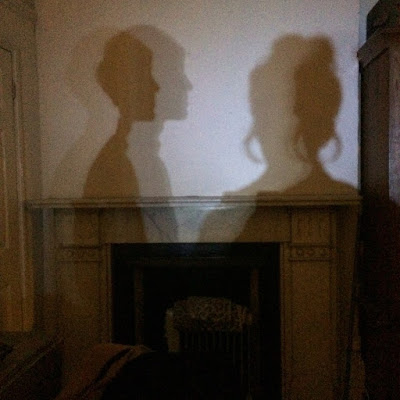 Q. When did The Cold Bones start? Tell us about the history...
The band started with Rebekah (lead vocal) and Oliver (guitar), we'd been a couple for a year and a half, always creating music from our bedroom in London, we began with a project called The Silvers playing smokey Serge Gainsbourg style songs when we realised we wanted to branch out into something heavier. We met Kevin (bassist) at a gig in Bethnal Green and Kristen (guitar) from advertising online...who we expected to be a guy Emoticon unsure she's not, in fact she was a lovely gal from New York, after playing the songs we'd written which were shoegaze we realised that all of us played more like a post punk band so thats the direction we took in the end, finally we have just recruited Ali(drums) who is kick ass! We've just finished recording in the studio and are self producing our first EP so keeps your ears and eyes peeled!

Q: Who are your influences?
80s new wave, post punk bands like Bauhaus, Siouxsie and the Banshees, Joy division,Talking heads with a slight Slow dive influence too.

Q. Make a list of 6 albums of all time…
WARSAW self titled
BAUHAUS In the flat field
COCTEAU TWINS Heaven or Las Vegas
THE CURE 3 imaginary boys
THE HORRORS Strange house
TALKING HEADS 77

Q. How do you describe The Cold Bones sounds?
The Cold Bones mix dreamy vocals with post - punk guitar parts to create an aggressive yet equally infectious sound "The Good Ship London"

Q: Tell us about the process of recording the songs ?
Everyone is involved in the writing process, creating as a collective, when we are in the studio the instruments are recorded together in one room at the same time and vocals are then added, it gives a grittier live sound.

Q. Which new bands do you recommend?
EAGULLS, THEY ARE AMAZING

Q: Which song would you love to make a cover version of?
Nena - 99 red balloons - great song!

Q: What are your plans for the future?
To self release an album on vinyl and play as many shows as possible...tour obviously!

Q: Any parting words?
For everyone that reads this, you may not know us but thanks a bunch for taking the time! Check out the website, 5 new tunes up soon...spread the word, lots a' love
*
*
*
Thanks