Noosifer with Birthday Noose - An Interview 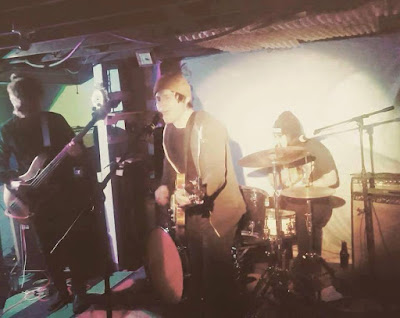 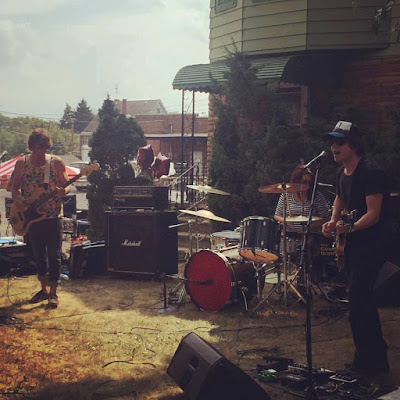 Q. Hey friends, first, congratulations on the album, it's really brilliant, what is your analysis after conclusion of album?
This was the first recording experience I have ever participated in where everything turned out exactly how we planned it to. Recording “Noosifer “was so effortless and it really captures the live sound and essence of Birthday Noose. The only regret I have is not recording more songs. This album is an absolute success, I love it.

Q. Are you happy with the result?
I am more than happy with the results. I have to thank our friend Corey Farrow for recording, mixing and mastering the album. He is an absolute recording genius and much better than any “professional” producer I have recorded with. I think the album has an excellent sound; it’s punchy, dynamic and so full sounding. It sounds exactly how I wanted it to sound, and best of all it took a lot less effort than most recordings I have participated in.

Q. How was the process of creating “Noosifer”?
We wrote the songs throughout the second half of 2015. We write a couple of songs a month, so these are the best songs of 2015 – a lot were left out. The recording process was just unbelievably simple. Originally we were only going to record a short EP, but Chrissy and I were playing so well that day that we decided to add an extra four. It was definitely the quickest recording process I have ever taken part in. We were able to record each song first or second try and were finished recording the entire album in less than 10 hours. Chrissy and I recorded all of the songs live, then we layered bass and vocals, and lastly I layered a few extra guitar tracks. We recorded it at our jam spot, and then Corey mixed and mastered it.

Q. What are the main differences between Noosifer and the EP?
There are definitely a lot of differences. The biggest difference is we have added Eric’s bass and it is rumbling so hard the whole time on “Noosifer”. His bass playing and tone just add so much to our sound. Also, “Noosifer” is a lot more together, more polished, and hits a lot harder. Hang Em’ High were songs made up on the spot and thus a lot more raw, while “Noosifer” had six months to develop. I did not record or mix “Noosifer”, which was different but I really enjoyed. I usually hate others recording my music, but Corey did such an excellent job. Not having to worry about setting up all of the gear and then mixing/mastering really took the pressure off and made this record easy. I would say “Noosifer” is much more organized and of higher quality, but still really fucked up!

Q. What were the influences for creating “Noosifer”?
The music definitely reflects the bands that we listened to the most, and the best live shows we went to in 2015 – Thee Oh Sees, Ty Segal and A Place To Bury Strangers. Other bands I listened to a lot in 2015 like King Gizzard and The Wizard Lizard, Fidlar, Meatbodies and Holy Wave are probably responsible for the songs as well. The album also has a slight country influence from The Byrd’s, The BJM and BRMC. In Birthday Noose we never set out trying to write certain kinds of songs; we make everything up sporadically on the spot, so whatever comes out is exactly what we are feeling in the moment – it surprises us sometimes.

Q. What are your plans for 2016?
I would definitely like to put out another album by the end of the year. We already have enough material written and I have a lot of ideas for songs. We’ll keep working on our live show, and we will be creating more of our own artwork and videos. We’ll continue to play around Ohio and possibly do a short tour. But as always: drink, jam and fuck shit up.

Noosifer is available for FREE streaming and download at:
www.birthdaynoose.bandcamp.com

For everything else Birthday Noose find us on Facebook at: www.facebook.com/birthdaynoose
*
*
*
Thanks
Postado por TBTCI às 14:32