They Only Believe In The Moon with Sciflyer - An Interview 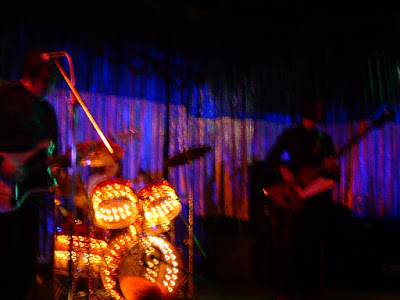 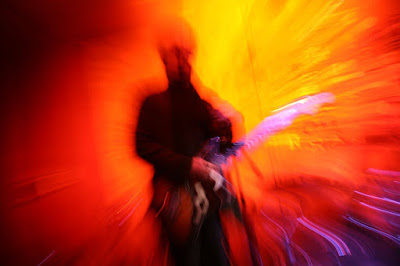 Q. When did Sciflyer start? Tell us about the history...
1. I'm pretty sure we got started around 2001. Technically it would be late 2000 tho we were called Avrocar then, after the failed experimental flying saucer the US govt tried to build in the 50's and 60's. Then we found out that name was already in use by a band in the UK so we changed it. But we still wanted something that sounded like a flying saucer and since we were big Swervie fans, Sciflyer seemed like a good fit.

Q: Who are your influences?
2. Well obviously Swervedriver, but unlike many other nu-gaze bands we came at this whole thing more thru SST than 4AD. Not that I don't love several 4AD bands, but we were bigger fans of stuff like Dinosaur Jr and Husker Du than say Cocteau Twins or Jesus & Mary Chain. And then I also have a soft spot for very early REM and other jangle-pop bands like Miracle Legion, Dumptruck, etc. We were also big fans of Guided By Voices, which was a big part of why we generally would record at home on older analog equipment rather than in real studios.


Q. How do you feel playing live?
4. How do I feel playing live?
Nervous. Always nervous. I think with the new lineup since 2015 I feel a little more confident, but that's mostly because we have a 2nd guitarist with us live now so it's easier to recreate the sounds from the recordings. That said, we're not playing out much these days. Only when something interesting comes up and everyone can make it. But when we were going around the country back in the day as a 3-piece, I often felt the sound was much thinner than on the recordings. And because of that, we really had to hit the mark right on the head for it to sound good. If we were off by just a little bit it would sound like crap.

Q: Tell us about the process of recording the songs ?
6. There never was any real set process to our recordings. Usually we just recorded something whenever we felt something was ready. And usually we would just use whatever was available. Sometimes a 4-track, sometimes an 8-track. But there were several instances when we would record the backing tracks in a real studio or at least on real studio equipment, but then crunch that down to a stereo mix and transfer the basic rhythm tracks over to a couple of tracks on my old Tascam 8-Track and then build on it from there. It was always a messy process either way. Many times I was still completing the lyrics during the recording process. I guess the exception would be the 2014 album, "They Only Believe In The Moon", which was actually recorded in 2006 and 2007 in a real studio on two-inch tape. Well actually a recording college, so we got the studio time for free and only had to pay for the tape! But we ended up shelving it because we split up soon after that. I ended up mixing that at home in headphones using Garageband in 2014. It always bothered me that we never finished it. Also some of the tracks on the Energizer EP (2015) were done at a real studio up in Portland back in 2003. For one reason or another I guess I had gotten frustrated with those recordings and abandoned them. In fact I had completely forgotten all about them. So when I re-discovered them, I remixed them at home again just like Moon. It was weird because after being away from them for so long I was able to get a better handle on them. I think I was just in too deep back at the time. 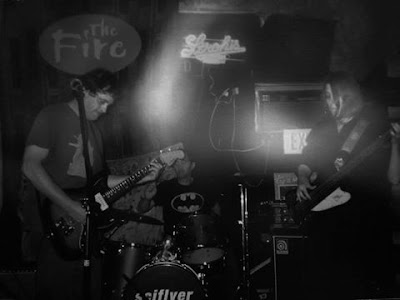 Q. Which new bands do you recommend?
7. I'm the wrong guy to ask about new bands. I sorta tuned out for the most part around 2010. The only new album I've bought in ages is El Pintor (Interpol). Tho I really like the new LSD & The Search For God album, "Heaven Is a Place". But I'm sorta biased on that one since Andy Liszt is playing bass with us now and I used to drum for LSD back in 2006 and 2007! He and I reconnected last year and it's been really great. But yeah, other than those two records I couldn't really tell you what's going on these days!

Q: Which band would you love to made a cover version of?
8. I always wanted to cover something by Mission of Burma. That might still happen someday. Maybe this year even!

Q: What are your plans for the future?
9. Well considering I just turned 50 this year, my plans would mostly include trying to have a good time as often as possible before I die. That's about it.

Q: Any parting words?
10. Thanks for asking me to do this and I hope you enjoy the two new CD's! And whatever you do, DO NOT listen to "Moon" without headphones and THC! No distractions either! It's **that** kind of record.
*
*
*
Thanks