Late to the Party with Heavy Heart - An Interview 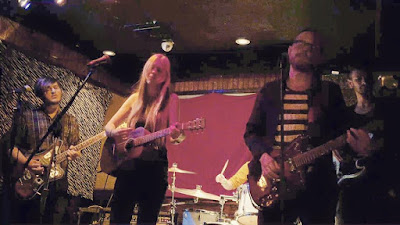 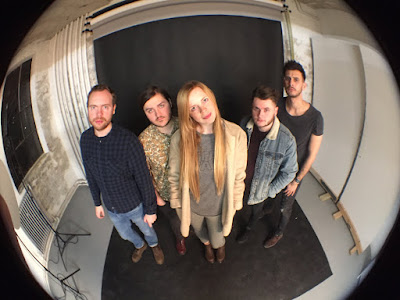 Q. When did Heavy Heart start? Tell us about the history...
We started in 2014 in London as a 3-piece electronic/acoustic project. I'd written some songs in my bedroom but had kept them to myself for a while. They only started to take shape once I showed them to James and Patrick and we began to work together. The idea was to take a shoegaze approach to acoustic music, to surround these delicate ideas with texture and ambience. When we got asked to play some festivals in the UK that year, we decided it would make sense to add to the band and give ourselves the chance to make more noise, so Adam (bass) and Craig (drums) joined. We still retain some of the quieter moments though, and that sense of dynamic, of light and shade, is still really important to us.

Q: Who are your influences?
We individually have quite varied influences, but I think the people who really inspired this band, and our approach to songwriting, were things like The Pixies, Jeff Buckley, Nirvana, My Bloody Valentine, R.E.M., Sonic Youth, Dinosaur Jr, Smashing Pumpkins...

Q. Make a list of 5 albuns of all time…
That is so hard! For me personally, I would say:
'Hejira' by Joni Mitchell,
'Doolittle' by The Pixies,
'Grace' by Jeff Buckley,
'Goo' by Sonic Youth,
'Incesticide' by Nirvana.

Q. How do you feel playing live?
Happy, nervous, sick, excited, in a dream...


Q. How do you describe Heavy Heart sounds?
Someone recently described our sound as "euphoric melancholy" - I like that. There's something sweet and beautiful in melancholy, and something dark as well. That's why we called the band Heavy Heart. The core of each song is simple, delicate and fragile, but sometimes we like to surround it with noise and dissonance. We make rock music, with guitars and drums and voices, it's rooted in those traditions but we try to do something new with every song, put our own DNA into it.

Q: Tell us about the process of recording the songs ?
We write and produce everything ourselves, recording at home and at people's studios when we can - it's quite a nomadic process but it seems to work. We're lucky to have some good friends who are talented recording engineers, so we do these all-night sessions with them when the studio is otherwise quiet. We're recording and releasing a new track every month in 2016, so we're always working at the moment. It keeps us busy and it also means that we're always releasing brand new music and pushing ourselves to write better and more.

Q. Which new bands do you recommend?
The sun is out here in London for the first time in a long time, so music is sounding especially good, with the windows open and the warm air coming in. If you live in rainy old England every drop of sunshine is like gold. So today is being soundtracked by DIIV, Spring King, Sunflower Bean, Black Honey, The Big Moon, Diet Cig and the new Radiohead album (well, it's new music if not a new band).

Q: Which band would you love to made a cover version of?
Well, we already covered 'Sweetness Follows' by R.E.M. - it's on Soundcloud - so we'll have to come up with a new cover idea. I'm a big Black Sabbath fan...maybe we could do a Heavy Heart version of 'Planet Caravan'.

Q: What are your plans for the future?
We're going to continue to release a new song each month this year, so we'll end up with 12 songs in 2016. After that, I think we'll start writing again for 2017. Maybe we'll just carry on releasing new songs every month, I'm not sure...