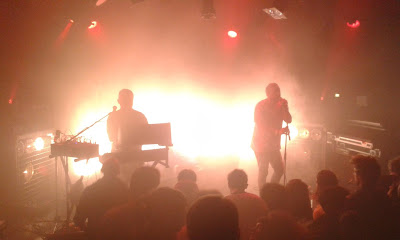 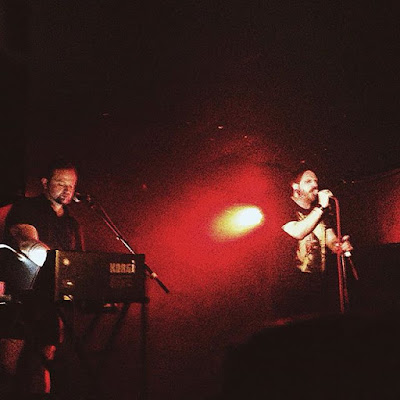 Q. When did Violence Conjugale started, tell us about the history...
We started playing music together before Violence conjugale, this project really begun in 2008 with two songs (« Mirador » and « Le mort de froid »). We uploaded the songs on a musical website, telling people it was an old recording form a forgotten belgian band. A year later, J-B from Born Bad Records called us to find out if we were the true authors of the songs and we were invited to produce a LP for his label. We couldn't dream of a better way to release that first record.

Q. How do you feel playing live?
1 We hit the road

2 We are happy to get to the venue

4 We have fun on stage with everybody

5 The feeling it was too short

6 We go to an after party then not enough sleeping and come back to Pt.1


Q. How do you describe Violence Conjugale sounds?
Electronic pop, a bit deviant with new wave, punk and industrial sounds.

Q: Tell us about the process of recording the songs ?
We start with basic demos from one of us then we create structures, the vocal parts and do the production in studio together. We mainly use these synths : Korg MS20, Arp Odyssey, Roland SH101, Oberheim 2 voices and, for this new album, a sampler to create the ryhthms sounds.

Q: Which band would you love to made a cover version of?
If we have to choose one, there's a french band called « Amour puzzle » but we don't want to do or play live covers with this band.

Q: What are your plans for the future?
As our second LP is out, we want to play in foreign countries but also in France and share stage with bands we like. Meeting new people and having parties all night long seems promising.

Q: Any parting words?
A Buy our records, we need money to repair our Porsche SUV !
*
*
*
Thanks