Siren/Human with Wylde - An Interview 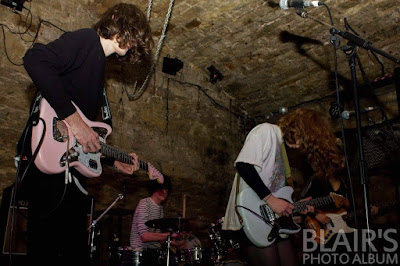 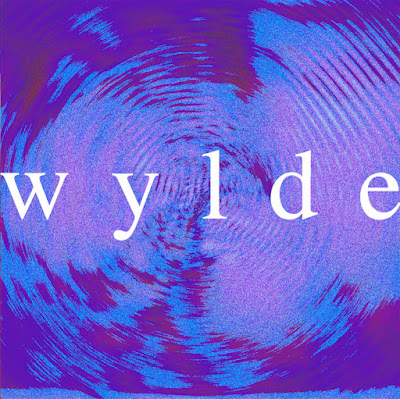 Q. When did Wylde start? Tell us about the history...
A: Wylde started last February, as a grunge band. Chloe (bass) is dating my friend, and he put me in contact with her. Then she got Monica who's her best friend, and they got Jamie from school, then we went to a rehearsal room in Edinburgh and it started from there.

Q: Who are your influences?
A: I think the ones we wear most on our sleeve are DIIV, My Bloody Valentine, Slowdive and Sonic Youth, but everyone's really into The Smiths, Warpaint, The Wytches, and Joy Division. I'm quite into Chapterhouse, and Dinosaur Jr at the moment too. Jamie and Monica are HUGE on Muse.

Q. Make a list of 5 albums of all time…
A: My Bloody Valentine // Loveless,
The Jesus and Mary Chain // Psychocandy,
DIIV // Oshin,
Sonic Youth // Daydream Nation,
and The Smiths // Meat is Murder

Q. How do you feel playing live?
A: It's quite nerve wracking, but I enjoy it. It's really cool seeing the way people react, and I like how I have the sound coming from the monitors as well as the amplifiers, there's noise everywhere.

Q. How do you describe Wylde sounds?
Reverb and chorus drenched guitar lines that intertwine and jangle with each other, really thick, steady militant basslines, and heavy and loud drum beats. I like to think our sound is quite different to everything going on in the scene around here.


Q: Tell us about the process of recording the songs ?
We've only recorded Siren and Human, but we just went into a studio and recorded it. It's all done digitally. We usually have our songs written for a while, we had both the recorded songs for nearly a year before actually recording them to anything more than a demo.

Q. Which new bands do you recommend?
People should listen to PLAZA, Morning Smoke, and Indigo Velvet.

Q: Which band would you love to made a cover version of?
We've covered Doused by DIIV every time we've played live, and done Slowdive's Souvlaki Space Station too recently too. I'd quite like to cover Howlin' Wolf's Smokestack Lightning, or The Ventures' Pipeline.

Q: What are your plans for the future?
We're going to keep on playing gigs and try and put an EP out soon. We'd like to go on tour at some point too. I'd like to play an outdoor festival as well, we're playing the first ever Big Discovery in a week so that'll be fun. We've got a headline show soon too.