At Peace, Overlook with Tomoreaux - An Interview 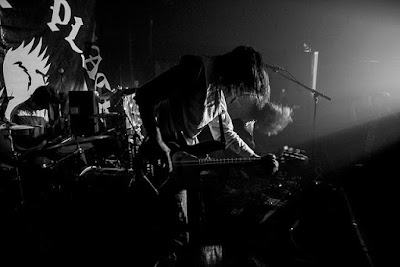 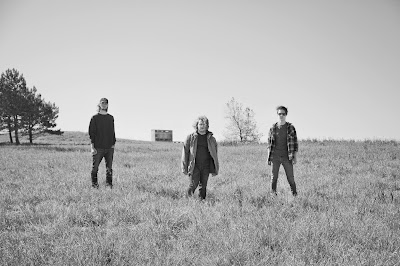 Q. When did Tomoreaux start? Tell us about the history...
Tomoreaux began last May in 2015. We were lucky enough to play with Spoon at one of Buffalo’s big Canalside events. I believe that was our second show as Tomoreaux. Prior to that, Kevin and I had been playing in various bands together since high school. This was the first band that felt promising enough to really pursue. As of right now, Tomoreaux solely consists of Kevin Stuitje and I, with a handful of different drummers that we’ve been playing live with.

Q: Who are your influences?
This list could go on forever. I’ll try and keep it short, though. Slowdive is probably our biggest influence. This might be cheating considering they’ve influenced pretty much everyone in music, but Velvet Underground for sure. As for the live show, seeing Blonde Redhead last summer was a revelation to me: how they carry themselves and how they treat their music was incredible. True artistry. As of now, our most recent tour has been a huge influence on what I’ve been working on for our next release. The whole DIY scene is this big beautiful counter culture that we’ve been lucky enough to be immersed in for the last few months. The sounds and aesthetics of that whole scene have made a huge impact on our approach to new material.

Q. Make a list of 5 albuns of all time…
Wow, this is a tough question. There are hundreds of albums that could make this list. I’d say 5 albums that have made the strongest impression on me would be:
Slowdive’s “Souvlaki,”
Panda Bear’s “Person Pitch,”
Attic Abasement’s “Dancing is Depressing,”
Sparklehorse’s “It’s a Wonderful Life,”
and Radiohead’s “Kid A.”

Q. How do you feel playing live?
When we play live, I go to another world. We’re generally hoping to do the same for the audience, as well. Whether it actually works is beyond me, but I think if you’re loud enough you can push through into that state where the music just swallows you whole. That’s the goal at least.

Q. How do you describe Tomoreaux sounds?
What’s the name of that movie? Extremely Loud and Incredibly Close?


Q: Tell us about the process of recording the songs ?
Recording “At Peace, Overlook,” was an unforgettable experience. We recorded at Temperamental Recordings in Geneseo with Stephen Roessner and Mike Brown. The building used to be a Methodist Church, so we got to record the whole album live in what was the sanctuary, which played a massive part in giving the album that big, airy feeling. Another big factor in that was the mixing board. Most of, if not all, of Mark Linkous’s Sparklehorse records were done on that board, and you can really hear it. It just had this dreamlike quality to it, very open-sounding. There’s a lot of space in its sound. The studio is essentially in the middle of nowhere, with beautiful scenery. Really just the perfect place to record an album like this. I think that that environment really bled into the atmosphere of the album. We actually wrote one of the tracks, “Roads,” there from the ground up to really capitalize on injecting those vibes into the record.

Q. Which new bands do you recommend?
This is a fun question cause I get to promote all my friends now. There’s a lot of really cool music being made in Buffalo at the moment that no one really knows about because we’re such a small city. Some of my favorite Buffalo acts would have to be Space Cubs, Deadwolf, and Humble Braggers. Coral Collapse, too. I saw them for the first time last week when they played at our house venue, Little Baltimore, and they blew me away. There are dozens more, as well, including our Admirable Traits Records family. We’ve met some really fantastic bands on tour as well. Slowshine and Bye from Albany, Slight and Pee Wee from Montreal. Emmett Drueding from Philly is an incredible songwriter as well. On a national level, Life of Pablo is absolute brilliance; I’ve been listening to the new DIIV record over and over again too.

Q: Which band would you love to made a cover version of?
We’ve covered Pink Floyd’s “Breathe” a few times, and that’s a real fun one to play. I don’t know if it’ll ever happen but I’d love to rework “What a Wonderful World,” too. That song is beautiful.

Q: What are your plans for the future?
We’re in the process of booking some tour dates for the summer. I’m itching to get back on the road again. We’re also in the process of writing the follow up to “At Peace, Overlook.” No idea what the timeline is gonna look like on that, but it’s on the way. All I’ll say is that it’s going to be quite different from our last record. I never want to be a band that makes the same record twice.

Q: Any parting words?
We greatly appreciate you reaching out! I’ve been a fan of TBTCI for quite a while now, very stoked to be a part of it.
*
*
*
Thanks