Signs with Flvke - An Interview 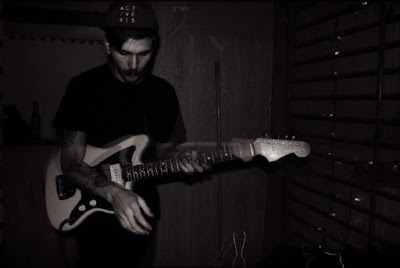 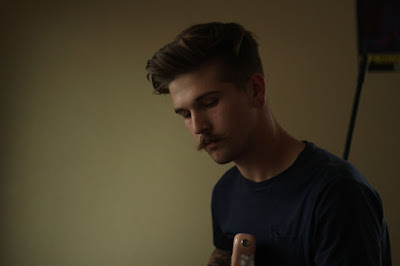 Q. When did Flvke start? Tell us about the history...
A: flvke started in the middle of 2013. I was sorta working in another project that was supposed to be similar, but it just wasn't coming together how i planned..by then i had been in and out of various bands and wanted to just make something i could call my own..

Q: Who are your influences?
A: when i was a lot younger i really loved sub pop bands, stuff like that is what kinda got me into music, but i still like that shit today haha bands like wolf parade, arcade fire etc..
then in my later teen years, i started listening to bands like slowdive, jesus and mary chain, and mazzy star.

I guess both sides kinda show through in the stuff i've put out so far.

Q. Make a list of 5 albums of all time…
A: thats tough!! so, in no specific order:
unknown pleasures - joy division
you made me realize EP - mbv
souvlaki - slowdive
the suburbs - arcade fire
in rainbows - radiohead

Q. How do you feel playing live?
A: i like playing live it's just been a struggle finding anybody too reliable for booking down here. i'd really love to play some good shows this year.

Q. How do you describe Flvke sounds?
A: i'd say dreamy, deep, and sometimes a lil bit trippy or spacey.


Q: Tell us about the process of recording the songs ?
A: for "flower pills" i took a very unconventional approach at writing and recording. i didn't quite know where i was at, so there's sounds coming from all over the place. i recorded it myself at home on an 8track recorder.

For "signs", i spent a lot of time developing a sound that would really be consistent all the way through. i recorded signs with my friend isaac. he helped me make sure that it was everything i had in mind.

I have to throw in i, aeronaut too. his stuff rules. make sure to check him out!

Q: Which band would you love to made a cover version of?
A: i try to steer away from doing covers for the most part, but my song "lemonade" doubles as a cover of "she's lost control" by joy division.. so sometimes i'll be playing it that way.

Q: What are your plans for the future?
A: mostly just plan to write and record a bunch more. work on stuff for my other project, home invasion.


I hope to be able to find my place in a good network of people and find some better shows this year.

Q: Any parting words?
A: a huge thank you to you, and all of the people who listen and spread the word. i appreciate it all so much! it's one thing that really keeps me moving forward.
*
*
*
Thanks