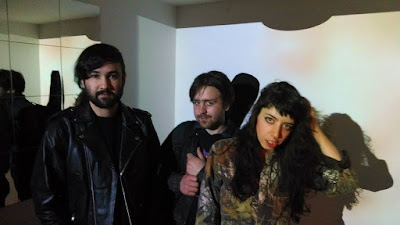 
Q. How was the process of creating Cinder Block & Paul and its influences ?
We wrote Paul after someone we knew died of an overdose. It was our way of processing our conflicting emotions. We used a basic pop structure to support an expression of something very dark. The juxtaposition was a simple way to present the event and ensuing turmoil of his OD, which presents itself musically as a dissonance that emerges part way through the song. Similarly, Cinder Block is a simple song about the death of a soul. We're trying to embody the crushing weight of reality in a straightforward way. The production on this song is claustrophobic and heavy to further these concepts.

Q. What are the main differences between Cinder Block & Paul and last singles?
More so than any differences, these songs share an ideological perspective with our last single, Cyclical Void, which deals with karma and reincarnation. These newer songs are a more direct approach to our communicating the shared feeling of the suffering of existence. All three were recorded around the same time, hence the thematic similarities.

Q. What are your plans for 2016?
We're putting the final touches on our next album. It should be released in the coming months. We continue to play NYC shows, and are looking into touring/playing elsewhere. We also should probably get therapy.
*
*
*
Thanks