Hope For Disappointment with Thula Borah - An Interview 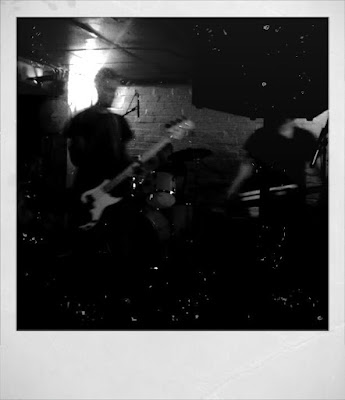 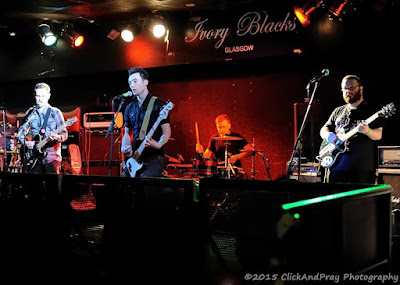 Q. When did Thula Borah start? Tell us about the history...
We started in late 2009. I had trouble putting a band together to play the songs I had been demoing so our bass player Matt actually learned the instrument just to give me a platform to play them. We initially started jamming with a drum machine before getting a friend in to help with the drums. As our first gig approached it became obvious to us that we needed another guitarist in the band to round out the sound.

Q: Who are your influences?
Our key influences would be the likes of 90s alternative rock like Nirvana, Smashing Pumpkins, Tool, Low, Red House Painters and Radiohead alongside post-rock acts like Mogwai, Isis and Sigur Ros. Although just about anything and everything we like from not only music but the likes of literature and film can influence our writing.

Q. How do you feel playing live?
I used to feel really nervous but now normally I feel a sort of ‘autopilot’ or a slightly out of body experience that is hard to explain but many artists have explained better, such as Iggy Pop on the sampled interview at the start of the aforementioned Mogwai album ‘Come On Die Young’. It is best if you don’t feel anything, that way the music and lyrics just flow from muscle memory and you can let the experience wash over you.

Q. How do you describe Thula Borah sounds?
I would say our sound is best described as a mixture of alternative-rock and post-rock, drawing influence from the likes of 90s guitar bands such as Smashing Pumpkins, Nirvana, REM and Radiohead merged with the dynamics and ambience of Mogwai, Sigur Ros and Isis but with some subtle slowcore influences of Low and Red House Painters too.


Q: Tell us about the process of recording the songs ?
Generally, we did a couple of takes playing together to get the drums down and from there we just layered the tracks up, usually finishing with the vocals. We were working with Andy Miller who has worked with a lot of Scotland’s best bands and he was always on hand to make helpful or unorthodox suggestions to get the best out of us.

Q. Which new bands do you recommend?
If you like us, then I would recommend a new Scottish band called Halo Tora, in that they are similar to us in being a dynamic alternative rock band. Also, Future Dysopian Movies were one of the best new bands we have played with for a while.

Q: Which band would you love to made a cover version of?
The bands I’d like to cover most are Red House Painters and Isis. We have played around with covering some of their songs in rehearsal but have never taken it as far to cover any other bands’ music live.

Q: What are your plans for the future?
We are going into the studio next month to record a new EP which will be out later this year and we will be embarking on our biggest UK tour yet to promote it.

Q: Any parting words?
Just thank you very much for your support and look out for our next release later this year.