Fear Is The New Self​-​Awareness with The Spouds - An Interview 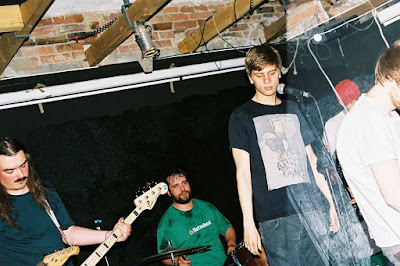 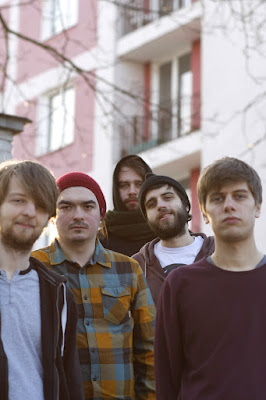 Q. When did The Spouds start? Tell us about the history…
Mateusz (guitar): That’s a funny story. We’ve met Kuba way back in middle school, but we were induced to play together later, by our mutual friend. He was a keyboarder that listened to bands like Lordi. As you can imagine he didn’t stay in the band for long. After many rehearsals and changes in lineup our squad stabilized after Grzesiek (bass) and Tomek joined in. Later Tomek left the band and Lodi is drumming for us for a very long time now. I hope it is going to stay this way.

Paweł (guitar): Mateusz asked me if I wanted to play in The Spouds, cause he wanted to thicken the sound. And well, this what I do today — I thicken the sound. I remember that I attended their rehearsal sometime in 2008. Kuba’s vocals made a good impression on me, and besides that Mateusz had a very interesting style of playing the guitar and composing tracks. I thought that this band has a lot of potential.

Grzesiek: I remember (it was maybe my 3rd rehearsal with them) that when Paweł came to play he almost immediately made a most polite comment toward me: “Hmm, maybe you would like to try playing that with a pick? At the time it was a true revelation to me, as I just switched to playing bass. I quickly dumped the finger-style technique to never really try it again, and I really don’t trust bassists that overuse it.

Q Who are your influences?
Paweł: Kurt Cobain

Grzesiek: Now that you say it, bell hooks seems to be relevant to me, at lest musically. Things she had to say about pop music are golden. I could add some guys that seem to be content with what they achieved musically and are pretty much quite happy. Guys I kinda look up to: Steve Albini, Fat Mike or Bill Stevenson. Quiet guys after 50 that generally make more good than harm.

Q. Make a list of 5 albums of all time…
Mateusz: I listen to way too much music to be able to compile such a list. This is my top 5 from last month:
1. Evvoles - Mosses
2. Protomartyr - the agent intellect
3. diiv - Is the Is Are
4. Camp Coala - demo
5. Kamil Szuszkiewicz - Robot Czarek

Grzesiek: Well, I hate this kind of stuff, and it is not a recommendation or something, but today at work I listened to:
Toro y Moi - Anything in return
2) Diary of Laura Palmer - Never fall asleep (https://diaryoflaurapalmer.bandcamp.com/releases)
3) [peru] - Ktoś z nich (https://perulbn.bandcamp.com)
4) Wipers - Is This Real?

Q. How do you feel playing live?
P: We play together for some time, so we get to know what to expect from each other. I lately started to do more of a stupid stuff on stage, just for fun. Stuff like banging my head on the wall, or pushing the crowd. Some big guy lifted me up against the celling and upside down. I continued playing till a plug fell off my guitar. Generally it is fun to break the concept of the “scene”. To do something to take somebody out of their comfort zone of being a “listener during a concert”. To engage someone, or piss him off in different manner than by simply talking between songs.

G: Well I try to be in a moment and stay confident. We hardly never mess things up during shows and those are almost exclusively technical issues. We learned how to cover up for each other. We almost exclusively play new, unrecorded material during shows so it is cool to see other people’s reactions to those fresh songs. I guess we like to confuse.

M: I feel good. So long as we do shows and somebody attends it — it’s cool. Last year we broke our record of times we played live.

Q. How do you describe The Spouds sounds?
M: Post-punk / hardcore for sad people. Soundtrack for lack of hope ,and leaves falling form the trees, drinking with your own reflection in the mirror when you’re ugly.

P:. Post-hardcore Radiohead/sounds that don’t meet each other/“If I were to be happy, I would write no songs”. Last time we played with a band that had those big, expensive stacks of amps. And it got me thinking about Gang of Four, because they also played on shitty solid state amps. They thought they sounded more cold and sad that way.

G: This band is not exactly following any particular genre. Some of our songs surely sound like it, but the sound of the band is mostly built on lack of lead/rhythm guitar division and being noisy. Bass sometimes acts as a link between guitars and vocals, and rarely overdubs other instruments 1 to 1. It only adds chaos.


Q. Tell us about the process of recording the songs
P: We’ve recorded 3 albums and we always try to make it better or different, than the last one. For sure we are not a studio band, that would try to make achieve some kind of extra quality using the sound of the band. I do think that sound we are after has to reflect what we sound on stage, so I don’t think there is much more sense in talking about technicalities of our recording process.

G: Sure, I agree. I just want to add some things about our mindset. I recorded our last album as if I played it live on concert. I was totally relaxed and tried to add this kinda sloppy flavor to it. Maybe my performance wasn’t perfect, but I can easily listen to this album without hearing flaws or fuck ups all over. So my little word of advise is to perform as naturally as you can in studio environment.

Q. Which new bands do you recommend?
P: I was at a show of Girl Band. I’m a fan now, but they are kinda recognized, aren’t they? Besides that, I do not listen to lot of new bands, but rather some random bands from bandcamp.

Q. Which band would you love to made a cover version of?
M: None. Once we’ve done a cover of The Cure and it sounded so bad. We are really scared that we could harm someone some more, so we will never do another cover.

G: Yeah, and to make matters worse we opened for a band that made a proper cover of a very same song. We pay homage to the bands we love in other ways.

Q. What are your plans for the future?
G: I hope to play even more shows outside Warsaw. Tours are fun.
M: To hit studio this year.

Q. Any parting words?
P: I could say something about condition of humanity, but I don’t want to be perceived as gloomy misanthrope.

G: Try to find your place and not force things. You don’t have to be the best to be happy.
M: Love is all you need, so fight capitalist exploitation and gender roles; do shows of amazing bands in your hometown; and support your local Antifa.
diaryoflaurapalmer.bandcamp.com
*
*
*
Thanks