Let´s Get Lost with Lost Tapes - An Interview 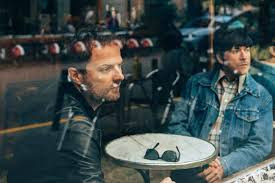 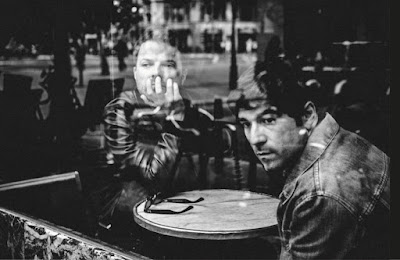 Q. How was the process of creating the new album ?
It has been a long and hard process, we’ve spent more than 6 month to record the album. We’ve recorded in 3 different studios, also working with different people, playing and helping us to record everything.. we’re just 2 guys in the band so, sometimes some help is cool and give you a different point of view about your own music. Also we’ve spent lot of time mixing the songs, cos we wanted that everything was perfect. We had the album composed before to enter the studio, but then we decided to do new songs and left apart some others.. We’ve composed all that songs as always, one of us had an idea and we shared via mails or just voice notes with phones.. we’re lucky cos just with 2 or 3 chords we know how could sound a song, then we finished the song in the studio, recording and adding track by track, it’s like a game!

Q. Are you happy with the result?
Yes I think it has been a really hard process and we finished it, when we were sure, everything was right! It’s our first full album, so you know, always it’s a real responsibility and little pressure.. But finally we did our best for this record and of course we’re really happy, now just waiting for the audience, we hope people like the record as we like it


Q. What are the main differences between the new album with the last releases?
Big different, it's about time for the recording and also the number of the songs.. till now we’ve just recorded songs for compilations, singles or Ep’s.. max 3/4 songs. We’ve spent more than 6 month in the studio. Well you know we’re not living in the same city so that made the process longer. Also we’ve tried to introduce more elements to our music, we’ve mixed electronic stuff with acoustic stuff.. drum machines with real drums.. different keys, organs and synthesizers. The other releases were little bit homemade, you know and this time it was time do something more “professional”, more time in the studio and more tools to use.. but our point of view about the way to compose music still being the same

Q. What were the influences for creating “the new record”?
Our influences haven't changed during this period, we just try to record and play music that we’d love to listen on the radio. This influence still being from the 80’s and the 90’s, we love bands of each period, even current bands, so we try to do a mix between each and of course trying to bring that music back to our days. But it’s not just music, also lot of books or movies are reflected in this album

Q. What are your plans for 2016?
Well our idea is the same as always, still recording new stuff for new singles, compilations or whatever we could do and also play lot of shows, we’d love to be on tour all the time, traveling around and to know new countries, people and cultures!
*
*
*
Thanks