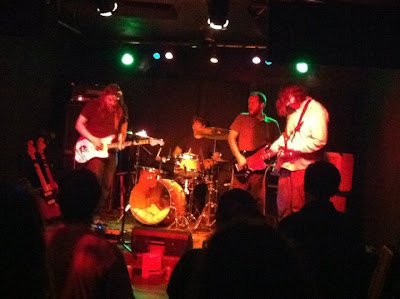 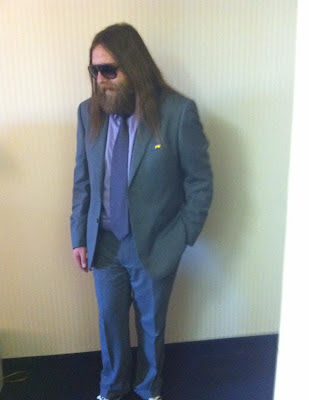 Q. When did New Speedway starts, tell us about the history...
A: new speedway began in 2010 when my old band broke up. My old band was very retro 60s psychedelic. I wanted to do something different. Something more intense. So I started new speedway.

Q. How do you fell playing alive?
A: I'm not really that big of a fan of playing live. There are times when it feels like its the right thing to do. But shows and tours can be so exhausting and shitty. So I don't really know what to say about it. It's not something I do that much. I am putting together a new line up for new speedway, right now. We'll be playing live throughout 2012

Q. How do you describe New Speedway sounds?
A: I guess it's just punk rock. Noise with fuzzy guitars, heavy drums, and melodies. I just call it punk rock.

Q: Tell us about the process of recording the new album?
A:I don't know which one you're talking about. I have a bunch of
Stuff getting released this year. the newest album is gonna be called "supercrushesdiehard". I recorded it by myself after I decided to let go of the members of the band. It's heavy. It's not an etherial thing like the first record. It's really raw and dry and brutal. The songs are Intensely personal. It took a lot out of me to make this album.

Q. What´s represents the shoegazer classic era to the band?
A: I dont know. I don't really think about shoegazer. I like bands like my bloody valentine and ride. But I really don't care about the name "shoegaze" or any kind of scene surrounding it. 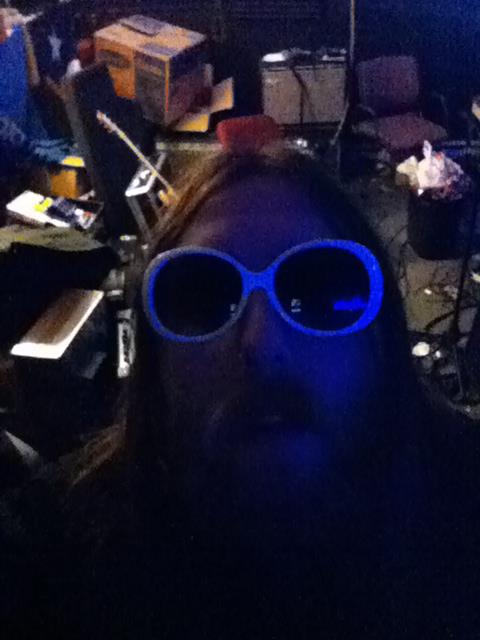 Q. Which new bands do you recommended?
A: Psychic Teens, Music For Headphones, Last remaining pinnacle, Kurt Vile, Sun Kil Moon, War on drugs. That's really all I can think of right now. I don't really listen to a lot of new stuff.

Q: Which bands you love to made a cover version?


A: I'd like to do an album of all Mark Kozelek covers. Or maybe a band like "suicide" or "silver apples".

Q: What´s the plans for future....
A: Gonna release the new record soon, then shows and tour throughout 2012. Probably be back in the studio sometime in early 2013.

Q: Any parting words?
A: Um...thanks a lot for thinking of me for your interview. Hopefully we'll do this again soon.
*
*
*
Thanks Rocco 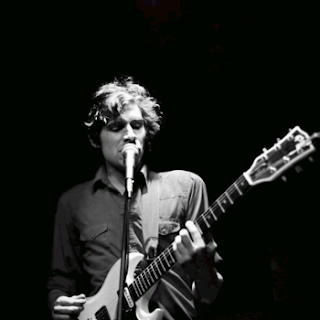 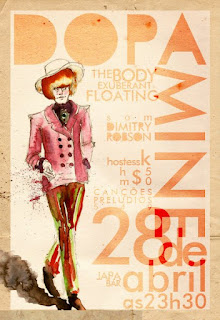 Dimitry Uziel - The Boss
Rob Son - The Other Boss 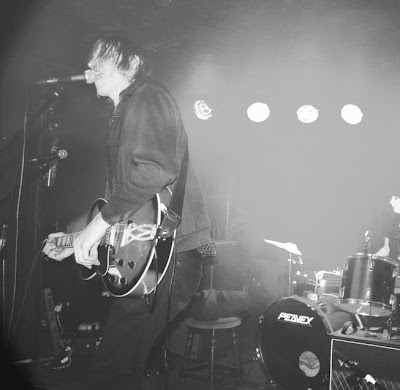 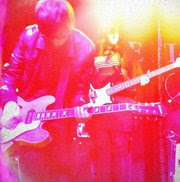 Q. When did Dead Rabbits start, tell us about the history...
A. We’d been playing together for a while, we had a lot of material recorded and ready to play live. Around a year ago we got our current line-up together and started playing under the name Dead Rabbits.
Q: Who are your influences?
A. Chocolate Watchband, Link Wray, Joy Division, The Beatles, Jesus & Mary Chain, Son House, Death In Vegas, Velvet Underground, Primal Scream, My Bloody Valentine, Brian Jonestown Massacre, Stooges, John Lee Hooker, Muddy Waters, Spaceman 3, The Doors, 13th Floor Elevators.... etc
Q. Made a list of 5 albums of all time----
A. The Chocolate Watchband – The Inner Mystique
- Spiritualized – Ladies & Gentlemen We Are Floating In Space
- Brian Jonestown Massacre – Who Killed Sgt. Pepper
- The Velvet Underground – The Velvet Underground & Nico
- Primal Scream - Screamadelica
Q. How do you feel playing live?
A. Playing live is something we really enjoy doing, live shows give people a chance to really appreciate what we’re doing. You can feed off an audience, if the crowd are getting into it, you can feel it, everything is enhanced
Q. How do you describe Dead Rabbits sounds?
A. People have described us as a lot of different things, we try not to pigeon hole ourselves. We never set out to make a song sound like something else, we just work on whatever we think sounds good. Between us, we’re all into a lot of different music, I think you can tell that when you listen to us. If we had to be pigeon holed we’d probably go with shoegaze or space rock, its whatever you want it to be.
Q: Tell us about the process of recording the sounds?
A. We’ve got no set way of doing things. Our style of recording changes almost every time we record; how do you know what’s good unless you’ve tried everything. When it comes to writing songs we use recording a lot. If someone comes up with something they like, we’ll record it and from there we can listen back and see what we can do. We’ll always try a lot of different things and keep going with whatever works. 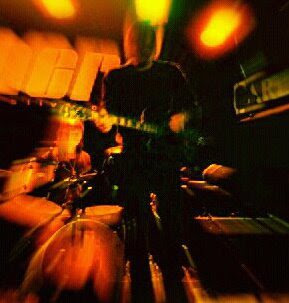 Q. Which new bands do you recommended?
A. Obviously Black Market Karma, being on F.P.R with them is great. We’ve been fortunate to see them a few times recently and they’ve been amazing. It’s been good to see them gradually progress, their getting better all the time. As well as B.M.K there’s loads of other new music I’ve like to mention but I’d be here forever, apologises.
Q: Which bands you love to made a cover version?
A. Well, we’ve already recorded a few covers (Elvis Presley – Love Me Tender, Death In Vegas – Girls, The Doors – My Wild Love), recording covers is something we really enjoy doing, but it’s also something we try to avoid doing too much. It doesn’t always feel quite right playing someone else’s music, the covers we’ve done before only came about naturally, there was never any real intention to go and record any covers.
Q: What´s the plans for future....
A. Keep making music, keep playing live, keep recording. Essentially we’re a work in progress, we’re on a journey somewhere, I don’t know where but we’ll all know when we’re there, you’ll know when we’re there.
Q: Any parting words?
A. Listen to our music, come see us live. We’ve almost finished our acoustic EP ‘No Rights’, that will be released very soon. As well as that we’ve recorded five tracks for our 12” split with The KVB, we’re looking forward to getting that released as well. Thanks to everyone who’s been listening to our music, thanks to everyone that’s been to our shows, keep on listening and tell the world what you heard.
*
*
*
Thanks Tom

Chasing a Bee with Mequetrefe 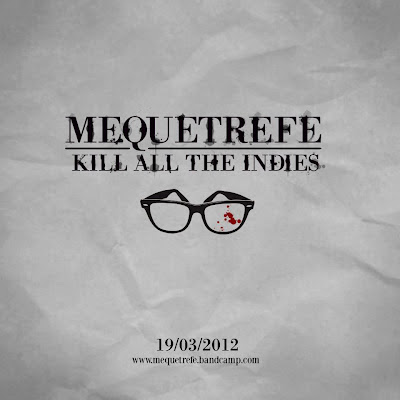 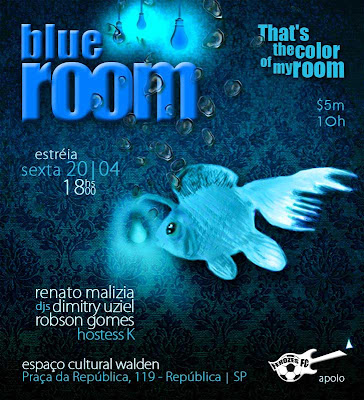 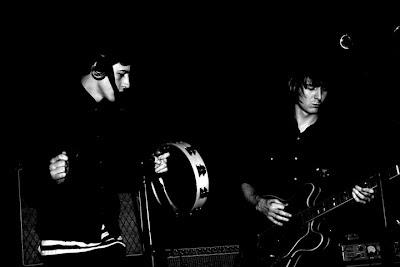 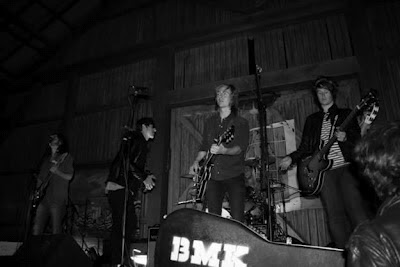 Q. When did BMK starts, tell us about the history...
1.) I've been playing with people since a very young age, starting with first picking up the guitar back in school. We had a lot of trial and error with line-up changes and ideas and it's only recently that the band became Black Market Karma. So I would say we've been playing for just over 2 years now.
Q: Who are your influences?
2.) We have a big list of influences and it's always expanding. If you go on our website there's a list of some of them though, too many to put here. We're not afraid to let people see that either. It's pretty self serving to try and hide the music that has affected your writing.
Q. Made a list of 5 albuns of all time…
3.) 5 albums? That's too hard man! I guess Loveless would be in there and most of the Brian Jonestown Massacre records. There's tons of stuff though. Couldn't cram it into 5.
Q. How do you fell playing alive?
4.) When everything right it's the best feeling ever. Being on stage has this intangible quality to it. Something you can't really explain but it makes you feel invincible.
Q. How do you describe BMK sounds?
5.) Our music is comprised of thick open guitar sounds and gliding melodies poured over laid back beats and peppered with hypnotic vocals and fuzzed out bass.
Q: Tell us about the process of recording the new EP?
6.) All That I've Made and Comatose were both recorded the same way at the same time. We just decided to split the tracks up onto different things as we didn't want to scrap any of them. We record everything ourselves in a home studio and I mix the tracks using Pro Tools. We've recently posted some videos of us recording new songs for our second record. Go onto youtube and you'll be able to look them up.
Q. Which new bands do you recommended?
7.) Listen to Dead Rabbits. The band from Southampton not the other ones.
Q: Which bands you love to made a cover version?
8.) We don't do covers. If listening to a tune inspires you to want to cover it then it's probably good enough as it is and should be left alone. Sometimes it's different though. I think you should only cover a song if you really know you can bring something else to it.
Q: What´s the plans for future....
9.) We're looking forward to getting around this year. Playing some festivals over the summer in UK, France and Italy. Thinking of heading to Germany at some point too. We've also just finished recording our second record so we'll be looking to release that soon.
Q: Any parting words?
10.) Thanks to those that have read this. If you haven't heard us before go to www.flowerpowerrecords.com to download our E.P. and Debut Album completely free.
*
*
*
Thanks Flower Power Records & thanks BMK