Prey with Iris - An Interview 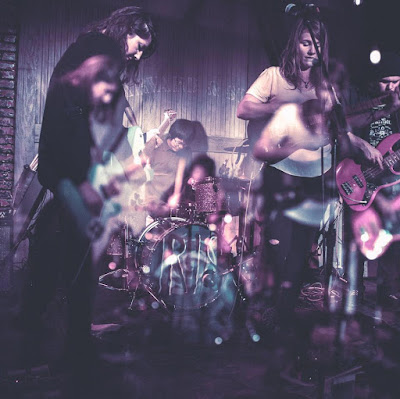 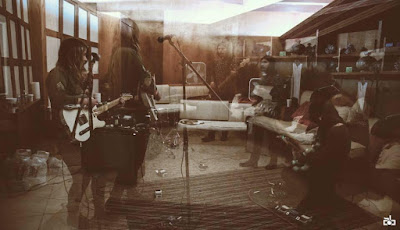 Q. When did Iris start? Tell us about the history…
Iris started in 2010 with me (Alex) and Michelle. We played for a small amount of time without a bass player then met our bassist Michael through mutual friends. We have had multiple drummers but started playing with Glenn at the end of 2015. We have put out 2 EP’s and are currently working on writing a new album.

Q. Who are your influences?
We all have many different influences. All of us tend to gravitate towards heavy melodic music. Bands such as such as Pixies, Smashing Pumpkins, and Nirvana originally influenced Iris and can be heard within the songs we write but we also come from a strong punk and blues background and have a deep love for bands ranging from the Doors to the Misfits. We have all been influenced by many different genres and different forms of art.

Q. Make a list of 5 albums of all time
Not possible!

Q. How do you feel playing live?
Playing live is something we really look forward to. We feed off one another’s energy, and genuinely have fun because its what we love to do it. I think we all still get a little nervous because we want to do well and we care about our music and how are fans feel about our music but whether it's a small crowd or big, we always feel good after coming off of the stage.

Q. Describe how Iris sounds
Iris is heavy yet soft, melodic, and raw. We have been described as “hauntingly beautiful,” “devastating”, and “hypnotizing.”


Q. Tell us about the process of recording your songs?
When we get into the studio we begin with recording the drums and bass then move on to guitar. Vocals and harmonies are usually recorded last along with some final guitar parts. We like to have had played our songs together for quite sometime before we take them into the studio and usually only need to work out final lyrics as we record.

Q. Which new band do you recommend?
I (Alex) have been really into a band called True Widow. They are not a new band but definitely worth checking out. Also Whirr and No Joy are a couple new favorites of mine. Me and Michelle have also been listening to a lot of Slothrust and Savages.

Q. Which band would you love to cover?
There are so many songs and bands we would love to cover! We usually stick to playing original songs live. In the past we have covered a few songs by the Pixies and once did a slow guitar only cover of “Mother” by Danzig.

Q. What are your plans for the future?
Iris plans on writing and recording a new album and setting up a tour. We just filmed our first music video for our song ‘Loser’ and are very excited to put it out.

Q. Any parting words?
If you have read this far, congratulations! Post your favorite color on our Facebook page. We love you.
*
*
*
Thanks