Divine with Cats Of Transnistria - An Interview 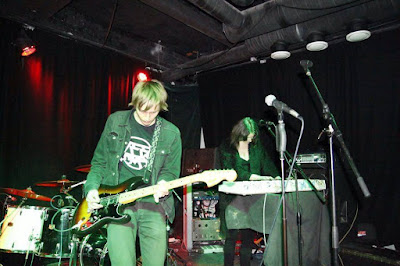 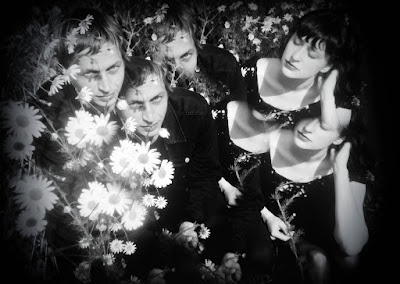 Q. When did Cats of Transnistria start? Tell us about the history...
Tuomas: We were both in a band called The Caravaners for several years. The idea of a new band was born in the end of 2013, when The Caravaners split up. We started writing new material together and soon realized that we should continue as a duo, keep it really stripped down and minimalistic.

We played our first gig next March in a pizza place.

We recorded our first single which later came out on Soliti. We slowly found our sound and way of doing things. These two years have passed really quickly. 2015 was an exciting year for us, our fist EP came out, we played a lot of gigs and recorded the album that just came out.

Q: Who are your influences?
Tuomas: I try to keep it diverse, to keep it interesting, but also to remind that you can do anything you want and still make it work. I like uncompromising music, bands with very own sound and style. I listen to a lot of shitty garage and punk rock and also have a big soft spot of jangly guitars and beautiful melodies. Being serious about something doesn’t mean it can’t be fun. As long it’s good.

Now I’m having a T. Rex period which is always a good thing.

Henna: I also have a very warm place for Sonic Youth in my heart. I think that's one of the things that made us like each other when we got to know each other. I've also listened to a lot of shoegaze: My Bloody Valentine and Slowdive... I love beautiful things that feel a bit dangerous. And I appreciate singers who sound fragile and strong at the same.

Q. How do you feel playing live?
Tuomas: Playing live is sometimes really cathartic when you get completely captured by music. I like writing and recording but playing our songs live is the thing.

It felt weird doing this kind of thing live at the beginning. We would often feel confused after a show. We were both in a six-piece rock band before and a rock band makes a lot of noise to hide in. Now there was just two of us doing something so much more quiet, delicate and personal. It felt a bit awkward and intimidating. It still does sometimes, but mostly in a good way. You really need get inside these songs and let it go to make them work. We’ve become an intense live band and I think it’s getting better all the time.

Henna: Playing live feels always so exciting, terrifying and satisfying. I open myself emotionally quite unmercifully and let others see all my intimate feelings for a moment. I feel this connection to other people, to deep parts of my own soul... At best there's something quite divine and holy about it all.

Q. How do you describe Cats of Transnistria sounds?
Tuomas: Like lying down in a gutter, looking at the stars in the sky. It’s pop music rejecting the convention, reversed, slowed down and repeated gently, until you forget when and how you lost your way.

Henna: Like the wound that let's the light get inside.


Q: Tell us about the process of recording the songs ?
Tuomas: It was pretty simple, a few takes for guitars and keyboards to get the basic tracks done. We like to leave things a bit raw. Then the overdubs and vocals. We also added some ambience sounds recorded in autumnal Helsinki. Mixing the record wasn't that simple at all..

Henna: There are so many great female artists at the moment... At the moment I absolutely adore Angel Olsen, Grouper, Julianne Barwick, Sharon Van Etten, Courtney Barnett, Julia Holter and Jessica Pratt.

But these are all already big ones. From Finland I love The Hearing, Solano + Profettes, Lau Nau and Love Sport.

Q: Which band would you love to made a cover version of?
Tuomas: Covering Alien Sex Fiend would be cool

Henna: I think we have to cover Velvet Underground at some point.

Q: What are your plans for the future?
Tuomas: Gigs! It would be nice to do gigs outside Finland too. To write more music, experiment and
to go deeper and further with our thing.

Henna: Visiting Brazil would be nice, waiting for the invite!
*
*
*
Thanks