Smile with Caulfield - An Interview 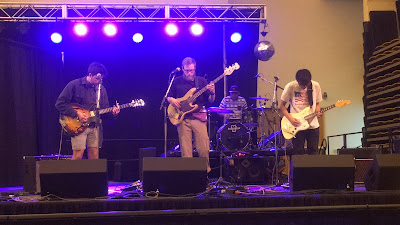 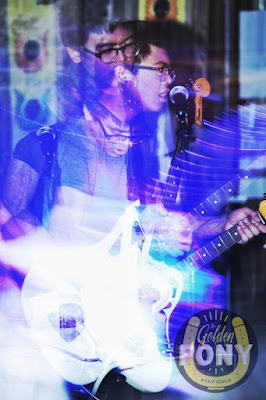 Q. When did Caulfield start? Tell us about the history...
1.) Caulfield started at the end of our sophomore year in 2015 at James Madison University in Harrisonburg Virginia. Me (Cole; guitar and vocals), Nathan (bass), Troy (lead guitar) and some other guy. We were a different band at the time and we played indie/punkish music. We had a different singer and we weren't getting along and we didn't mix well so we decided to disband from the singer and then forming another band under a different name. I had just started to get into shoegaze before the 'break-up' and I suggested we should make shoegaze music. So after the other band broke up the shoegaze idea stuck. So at the beginning of our junior year in September of 2015 Troy, Nathan and I picked up Jonny, our drummer, by posting on Facebook about wanting a drummer and he responded. Since then we've played about 30 or so shows and released our EP, the rest is history, now we are talking to you haha.

Q: Who are your influences?
2.) At the beginning we had a very diverse musical background. Nathan loves metal and progressive and had never listened to shoegaze before we made the band and neither had Jonny. Troy and I were the driving force for the sound at the beginning. I was interested in the warm, dreamy sounds of Slowdive and Troy is the gear-guy with all the pedals and he was driven by the sounds of My Bloody Valentine (but what shoegaze band isn't? haha). But in terms of song writing, we're driven by those bands and I'm personally incredibly influenced by the Beatles and more recently the Beach Boys' album "Sunflower". I've also been following the Beatles solo work recently, like Paul McCartney's "Ram" and George Harrison "All Things Must Pass". Radiohead is also a song writing influence. And also Lou Reed, he's the fucking man. Sonic Youth as well. David Bowie, of course.

Ironically there isn't any shoegaze in mine.

Troy:
1.) Doolittle by Pixies
2.) Dirty by Sonic Youth
3.) Loveless by MBV
4.) The Rise and Fall of Ziggy Stardust by David Bowie
5.) Is This It by The Strokes

Q. How do you feel playing live?
4.) We enjoy playing live when we play well. When we don't it is kind of a downer but each show is a learning experience good or bad on how we can improve our live sound and our stage presence overall. It makes it worth it when you can get people moving and dancing. Personally, I like the song writing and recording process much more.

Q. How do you describe Caulfield sounds?
5.) Caulfield's songs are definitely influenced by shoegaze as you can hear, but I feel like they aren't in their entirety, shoegaze. It is a weird mixture of all our different sounds coming together and inspirations colliding in a different but good way. It keeps things interesting and exciting. Our sound is always ever changing, we have many different songs since we record the EP. We are actually recording a single and a B-side fairly soon.


Q: Tell us about the process of recording the songs ?
6.) For our EP we were recorded by our bassist's (Nathan) brother, Brandon, under his new label, UR Haus Records, based out of Richmond Virginia. It was fun cause we had never done anything like it before and he had never recording anything like us before so there was a lot of learning from each other. We recorded the whole EP on a Saturday and then on Sunday we decided to redo all our recordings and then we called it quits. We recorded them very quickly, and I wish we had more time on our hands. Brandon did an excellent job, I was especially tough to deal with because I kept telling him to change this and that until it resembled what I had envisioned in my head. We are very satisfied with his work but I still wish we have more time in the studio to perfect our playing.

Q. Which new bands do you recommend?
7.) I haven't really been listening to any new bands as of late, except for Twin Peaks. They are based out of Chicago and they kick ass. Wild Onion (as you saw above) was entirely recorded by them on their own (they are about the same age as us 20-22 years old) and I admire the hell out of them for that. I look up to them and their work ethic and not to mention their incredible songs. Other than that, nothing interesting has crossed my mind. David Bowie's 'Blackstar' is definitely worth mentioning. Incredible album.

Q: Which band would you love to made a cover version of?
8.) The Beatles. Forever. They are perfect to me.

Q: What are your plans for the future?
9.) For the future we are planning on reaching out to different areas outside of Harrisonburg. We are about to go on summer break. I'm going to be working on a record with my other band over the summer, Stranded Mannequins. But once we all get back together we are going to be looking to expand our sound and record an album ourselves before we graduate. We don't know what the future holds past that. Hopefully it is music.

Q: Any parting words?
10.) Parting words? The Blog That Celebrates Itself kicks ass. Keep doing what you're doing. Thank you for listening to our music and liking it enough to ask for an interview, we are very humbled. Sorry we wrote so many words and overwhelmed you.
Love Caulfield.
*
*
*
Thanks