Passing Glance with Toner - An Interview 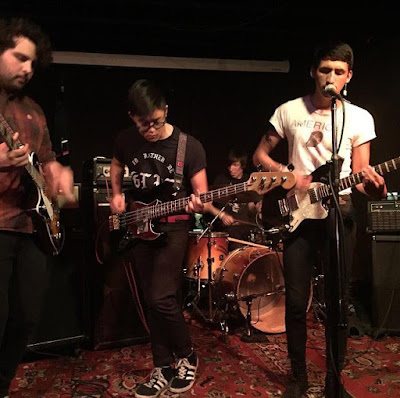 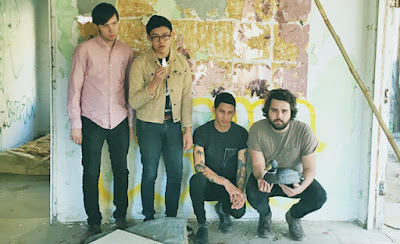 Q. When did Toner start? Tell us about the history...
A: TONER started in April of 2014, I was listening to alot of Duster & knew that my other band Happy Diving wouldn't be doing much after summer once our guitarist Matt moved. I used to play in a bunch of bands & recorded a bunch of side projects, I missed doing that so I wrote a 4 song EP in a week & recorded it in the shed located in the backyard of my moms house. After the EP dropped a few people contacted me with interest to release a full length. I started writing an LP almost immediately & started recording it with my brother around the time I was moving out. TONER slowly stepped out of a bedroom project & started playing live shows little by little with a backing band. The LP came out & we started being a "real band" & the backing band soon became apart of TONER featuring Sean Glass, Kennan Sommer & Maxwell Carver. In November of 2015 we did a northwest/canada tour & recorded our latest EP, Passing Glance in Portland, OR.

Q: Who are your influences?
A: Obviously Duster was the kick off but I think we've definitely strayed from the whole slowcore thing as we've progressed. Usually whatever i'm hyped on at the time seems to put some influence into our band.

Q. Make a list of 5 albums of all time…
A: Okay, definitely off the top of my head & missing something but
1. Sade - Diamond Life
2. Duster - Stratosphere
3. Smokey Robinson - Deep In My Soul
4. No Trend - Too Many Humans..
5. Slovenly - Thinking Of Empire

Q. How do you feel playing live?
A: Nervous always, I think everyone in Toner holds it down live except me, ha.

Q. How do you describe Toner sounds?
A: LOVERS ROCK (stolen from the Sade record)


Q: Tell us about the process of recording the songs ?
A: Well the LP & EP were recorded in my mothers backyard shed in Newark (West End) where I grew up & have lived most of my life. I recorded all the instruments on those & then Kennan later came in & re-recorded the bass tracks for the LP. The latest record was recorded in Portland, OR with our friend Dave Lindell who used to play in post punk band called Anne. This was our first time leaving my shed but a very smooth & fast process. Recording was done in nearly 2 days, it was the first recording we did as a full band minus Sean because he couldn't get the time off work for tour so I played drums on the record as well.

Q: Which band would you love to make a cover version of?
A: I really want to do a cover of a song called I've Got A Feeling by a 90's band called IVY. They were kind of a one hit wonder but they made a bunch of albums, some are great & some not so great.

Q: What are your plans for the future?
A: Write a 2nd LP by the end of the year hopefully & we are going on tour to Canada this summer!

Q: Any parting words?
A: HARD LEMONADE PLEASE SPONSOR ME, I LOVE THE DEADPOOL EDITION OF YOUR FINE ALCOHOLIC BEVERAGES!
*
*
*
Thanks