Stone Circles with The Demon Parade - An Interview 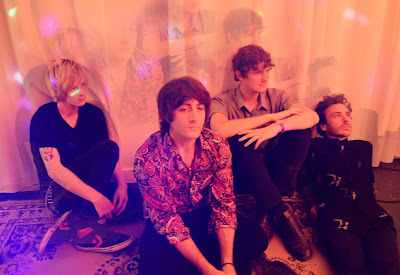 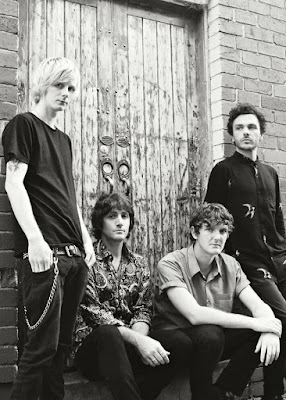 Q. When did The Demon Parade start? Tell us about the history... We played our first show in December 2008. We came together because I had basically been booted out of my own band the year before as my interests in creating psychedelic music and living the psychedelic lifestyle became more prominent. My old band went on to form a country band with a new singer. They broke up. Being on my own and having complete creative freedom I set up what has now become the Jaya Jaya Music studios at the back of my house and within about 6 months, 40 songs had been penned. There was a lot of partying that year, new experiences and new friends, I had to find my feet. The psychedelic scene was thriving in Melbourne in 2008, a lot of bands on the rise playing cool gigs... and I wanted to be a part of it. I befriended some guys from New Zealand who had just moved over to pursue their music careers and all of a sudden I had a rhythm section. I have to say that without going out and having a good time, the band would never have formed. Some strong bonds were made that year. After only less than a year of gigging around Melbourne, we found ourselves in the right place at the right time and were asked to support The Brian Jonestown Massacre on their 2010 Australian tour. At that stage we hadn't even played outside of Melbourne and had only just released our first 7” single. We were extremely lucky and fortunate to be in that position, but I had worked hard at writing, and the band had worked hard relentlessly gigging so it felt right. On the other hand, we went from being underdog newcomers to a band people were very envious and jealous of. During that tour I felt we made a lot of new friends and lost a lot. We went on to release our first EP 'God Said It's Legal' that year and toured Australia multiple times. Between 2011 and 2013 we underwent some line up changes. The sudden hype that creates promise can cause a misbelief in how long and hard you sometimes need to work to get to where you want to be. During that time I produced the EP 'Chameleon'. I sent it to Portland, US for Tony Lash to mix (Dandy Warhols, Elliott Smith) and recruited drummer Troy Ramaekers to the line up, we hit the road during 2013 playing many shows across Australia once again. 2014 was a quiet year for the band – I had to take time out to look after ill family members. But once that was behind me I was able to focus on a concept for the next EP entitled 'Stone Circles' which was eventually released in August 2015. For me, 'Stone Circles' re-energised the band and put us back on the map and helped me believe that I can still do this. We are currently playing shows in support of our current 7” single 'Succumb To A Feather' while completing our long awaited debut album due out later in 2016.

Q: Who are your influences?
My first love was the Rolling Stones, seeing them in concert when I was 10 years old made me want to play guitar and copy all the old blues legends like B.B King, Buddy Guy & Bo Diddley. Then I discovered psychedelic bands such as; Kula Shaker, The Church, Jesus & Mary Chain & The Stone Roses just to name a few. I'm also very influenced by Middle Eastern and Hindi music which you can hear on a fair chunk of our songs.

Q. How do you feel playing live?
It can be the ultimate experience. I treat every show like it could be my last. I'm lucky that I'm able to do what I love and hope that the audience feels my energy and in return has a good time. We don't play things live the same as we do on record. It's much more spontaneous and there are a lot of variables depending on our own energy on the night, as well as the crowd's.

Q. How do you describe The Demon Parade sounds?
We have covered a lot of territory over the time we have been together but there are a few things that have always been consistent; melody, harmony, wall of sound guitars and a hypnotic epic-ness which still seems to surface even when we try to play the most gentle of songs.


Q: Tell us about the process of recording the songs ?
As I mentioned before, I have set up my own studio and now work as a producer and mix engineer so having a studio at my disposal means we can do what we like – which is sometimes a good thing and sometimes a bad thing. Recording your own material can be a long process, always trying to better what you started out with, where sometimes it should be left alone. I kept that in mind for our last EP 'Stone Circles' and most of the EP was recorded completely live in one room with very little mixing involved in the process. Our most current single 'Succumb To A Feather' on the other hand has undergone a few incarnations until I felt like I got it where I wanted it. I wanted the song to push us into a new direction and give people something they weren't expecting from us. I like to do that. I guess I like the element of surprise. I always need to change things up to keep myself interested and to get a reaction out of people.

Q. Which new bands do you recommend?
Well they aren't that new having already released eight albums but King Gizzard and The Lizard Wizard are my favourite band right now. I was lucky enough to mix their latest album 'Nonagon Infinity' as well as a few tracks from 2014 release 'I'm In Your Mind Fuzz'. They supported us very early on in their career and I was blown away by them. A lesser known band that have sent stuff through my studio are new Brisbane group Sacred Shrines. They supported The Dandy Warhols last year and have their debut LP coming out later in the year!

Q: Which band would you love to made a cover version of?
I'd love to do a fuzzed up – psychedelic - tripped out - wall of sound version of a Crowded House song. Their sense of melody and harmonies are amazing so it leaves a lot to work with for your own interpretation.

Q: What are your plans for the future?
We are finishing off our debut LP which we will have out later in 2016. We've been selling a lot of vinyl to Germany, Spain, Italy and Greece so we'd also like to start making plans to visit those countries for a tour in the not too distant future!

Q: Any parting words?
Believe in what you do and don't give in to nobody.
*
*
*
Thanks