Drifting Off with Lev Snowe - An Interview 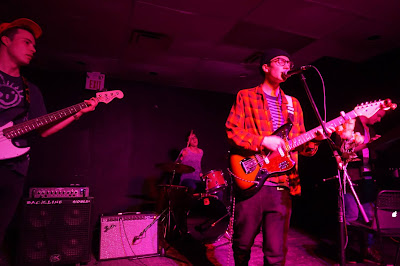 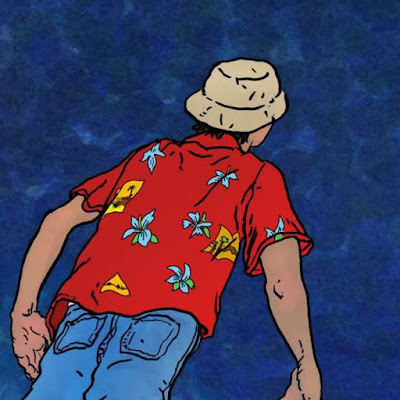 Q. When did Lev Snowe start? Tell us about the history...
1. I guess Lev Snowe started about 2 years back when my dad brought home his old reel to reel tape recorder. I had been playing guitar for about 2 years at that point (Which I was very passionate for) but I had never really thought about writing songs per se. Tape was something that really interested me, I loved the hands on aspect of it compared to the digital recordings that I grew up with. I basically spent month after month experimenting with tape, recording things at different speeds, crumpling the tape, ect. I was super into The Beatles Revolver at that point and I completely took on the concept of "using the recording studio as an instrument". I started to write/record my own songs and from there, it was just about refining my sound... I still have much to learn haha.

Q: Who are your influences?
2. Thats always a tough question because they are always changing, my influences now are much different from when I started. At the core, I'd probably have to say Boards of Canada (As well as many more electronic artists), Television, My Bloody Valentine, Nick Drake, Homeshake, Can, The Beatles (Typically), The Smiths, Flume, and many, many hip hop artists.

Q. Make a list of 5 albuns of all time…
3. In no particular order,
Madvillainy by Madvillain,
Pink Moon by Nick Drake,
Loveless by My Bloody Valentine,
Midnight Snack by Homeshake,
Music Has the Right to Children by Boards of Canada

Im a huge fan of the concepts of all of these albums, I usually listen to them from beginning to end when I play them. Even though I haven't listened to some of them in quite a while, they all definitely occupy a certain time in my life.

Q. How do you feel playing live?
4. Playing live is a new experience for me, Im not all too confident yet doing so. I definitely prefer to be in the comfort of my home studio haha, but I also really like the ideology of putting on a show that is really fun and interactive for the audience. Hopefully that'll happen sooner than later. I'll have to play a lot more shows first.

Q. How do you describe Lev Snowe sounds?
5. I'd describe the music as "laid back, lo-fi, psychedelic pop music made to put you in a trance" ha.


Q: Tell us about the process of recording the songs ?
6. I'm an extreme prefectionist, I dont know whether thats my strongest or weakest trait haha. I write and record all the music at home in my basement. I like the idea of sounding like a band but since I'm so picky, I like doing it all myself so that everything translates the way I hear it in my head. All the parts get multitracked individually, I'm sure that my techniques would be shunned by a professional sound engineer but I like the outcome so thats what really matters to me.

Q. Which new bands do you recommend?
7. Since I turned 18, I've been going to a lot more local shows. There are some amazing acts that come from right here in my hometown (Very proud). A few of my favourites are Basic Nature, a two piece shoegaze/dream pop group, as well as Living Hour; dreamy, reverbed bliss! Also, Human Music is an awesome jangle pop trio. All from right here in Winnipeg Manitoba!

Q: Which band would you love to made a cover version of?
8. I'd like to cover anything by Can or maybe even some Chet Baker. That would be chill as hell, who says jazz cant be psychedelic hahaha?

Q: What are your plans for the future?
9. I'm constantly working on new material. I took a year off from school after I graduated so that I could just write, write, write. I've got a bunch of new songs (Amongst other things) that I'm compiling for the next release... Other than that, I'm just constantly working on developing and expanding my sound. There are so many aspects of different musical styles that I want to incorporate into psych-pop. I'm very excited for the future!

Q: Any parting words?
10. Haha, I just hope I didn't sound too pretentious with these answers, my music is pretty serious but other than that, I like to think of myself as being pretty relaxed dude.
*
*
*
Thanks