Dissociation with Solip - An Interview 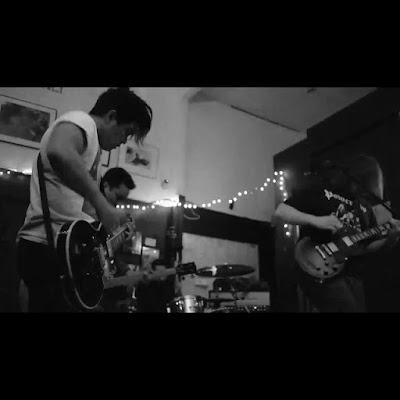 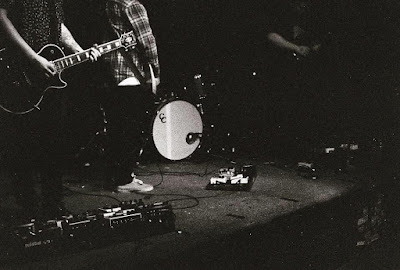 Q. When did Solip start? Tell us about the history...
Solip started in August 2014 after I moved to California from Florida. After figuring out members, we spent a few months writing Lack and started playing shows. Pretty straight forward band origin.

Q: Who are your influences?
Initially when we were writing Lack, we tried to write from somewhere in between post rock and shoegaze with a hint of post metal, so there was some influence from Jesu, Jakob, Catherine Wheel, Explosions In The Sky, Pelican, and Swervedriver, among others. When we were writing Dissociation, we expanded more on the heavier side of things with some influence from some bands like The Angelic Process, Nadja, and Neurosis. Going forward, we're trying to incorporate some more doom and drone influences we have.

Q. Make a list of 5 albums of all time…
My top albums list is really all over the place and some of it doesn't influence this project at all, so I'll give my top 5 albums more relevant to this band.
1. Jesu - Opiate Sun EP
2. Jakob - Solace
3. Catherine Wheel - Chrome
4. Explosions In The Sky - Those Who Tell The Truth
5. The Angelic Process - Weighing Souls With Sand

Q. How do you feel playing live?
Playing live is always great. We play pretty loud and try to have a lot of energy. It's a lot of fun as long as our gear doesn't break.


Q. How do you describe Solip sounds?
Very dense and dark, with a few breaks for less dense, slightly prettier sounding stuff.

Q: Tell us about the process of recording the songs ?
We recorded Dissociation with Scott Evans, who is in a great band called Kowloon Walled City and a great engineer. We tracked at Sharkbite Studios in Oakland in a great sounding room over a weekend in February. It was relaxed and fun. Scott did a great job of getting the songs to sound like I imagined and wanted them to sound like in my head.

Q. Which new bands do you recommend?
Some great newer bands that I've been listening to lately are Cloakroom, Supercrush, Yautja, and Stove. A band from the Bay Area we got to play with last year, Plush, also just put out an EP that's great, too.

Q: Which band would you love to made a cover version of?
I really want to do a cover of Plainsong by The Cure. I think we could do a cool version of that in our own way.

Q: What are your plans for the future?
We're already writing for our next release, and we're hoping we can get that recorded by the end of fall/beginning of winter. Other than that, we're going to try to do some touring on the west coast as soon as we can.

Q: Any parting words?
Thanks for listening, and thanks for interviewing us for the blog.
*
*
*
Thanks