Lusting with Ying - An Interview 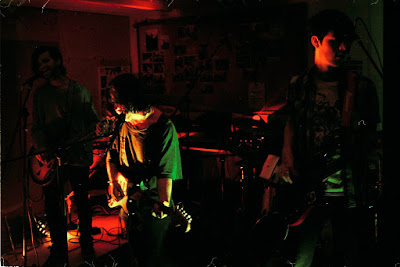 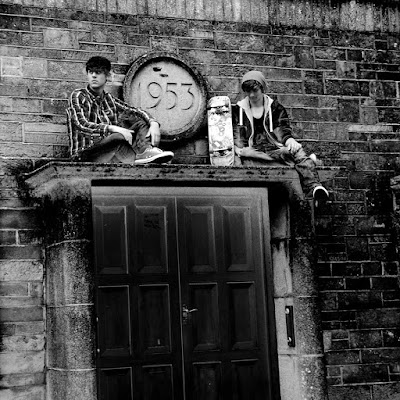 Q. When did Ying start? Tell us about the history...
Ying began in late 2012, after I met Kit Engal -guitar- he had a band with these two guys Coco Coley –bass- and Law Harrison –drums- and they played mainly trashy punk music. At the time when Ying first started I was in a band called Hotel Infusion, but things were not good and I ended up leaving that band to focus on Ying. I came to the new band and pretty much said “I have nearly 30 songs, do you want me?” and from there we really got down to playing and developing them into better songs, without the other guys my songs would have all been the same! We had Law´s sister, Holly, as a singer but she ended up leaving the band soon after recording the single She.

I started a record label with and artiest James Usill, a very good friend of mine, and it was through the label we relesased all of the Ying music.

Q: What are your influences?
I find influence in many things, not just in music, for example I find the poetry of Allen Ginsberg and the writings of Albert Camus to be a key factor in my day to day life and my art, and the artist Joan Mitchell seeps into my work, her abstract paintings I carry in my mind almost always and try to emulate the image I see with music. As for my musical influences, I take anything from Kendrick Lamar, Bob Dylan, Billie Hoilday, Mayhem, Madonna, Deafheaven, Leo Sayer, Diiv, Serge Gainsbourg, John Frusciante, Patti Smith, James Brown, Wu Tang Clan, Mark Kozelek, Tindersticks, Nick Cave, Deftones, Motzart, Sonic Youth, Black Flag, Beyonce, Drake, Miles Davis and Neil Young. I can see beauty in a lot of music,and the older I get the more open I become to sounds.

Q. How do you feel playing live?
For me playing live is everything, I can have a really great time in the studio and often really enjoy the recording process but, I exist in the performance of my music and art. There is no greater joy for me than playing guitar on stage with a band. I have done other things in bands before, like drums or just singing which brought me great joy but nothing compared to when I play guitar and sing. For me, it is when I am at my most open and my purest expression, playing live is wear I feel most at ease with my own mortality, it is the sole reason for me to keep on going and creating.

Q. How do you describe Ying sounds?
Ying’s sound is far from original, but that was half the fun for us. At the time we were really into bands like Yuck, Sonic Youth, Diiv and My Bloody Valentine and it really shows. I mean we didn’t try and hide it like some other shoegaze bands. We were always very open about wear the music came from, the single 1991 is an ode to My Bloody Valentine’s Loveless as it came out in 1991.

Q: Tell us about the process of recording the songs ?
Recording we always fun, at the time I was studying music technology at Deep Blue Sound in Plymouth. So the band had access to a really amazing studio, we recorded all of the demos and single’s there, and the album that we never put out. Some of the tracks I recorded by myself, starting with laying down the drum track and build from there. But the tracks on the album we all played our parts.


Q. Why Ying RIP?
It was a mix of things, I moved to London in 2013, and the rest of the band being a few years younger were unable to move for at least three years. Plus for all of us I feel we have moved on, we had such great plans outlined for the band, but they never followed through. It was a very important time for me, I was living in my sister’s front room, I was jobless and all I would do was skate and write songs, I was on the brink of becoming an adult and 2013 was my last year of being a teenager and having the pipe dreams of one. There was only so far we could have taken the Ying sound, but Ying laid the foundation for where I would go next and how I would approach music, friendship and life.

Q. About you solo project Rival Youth Cuts Emerge, what´s the concept and the difference from Ying for example ?
RYCE has been my side project since 2010, it started as mainly an outlet for the electronic music I was making, there is no restriction for me with RYCE it can be whatever I want it to be. James Usill has always had a strong hand in that project as well, and in all my projects really, he always made the art works for my music, but with RYCE I feel that his artwork completes the projects. And he is open to anything I make, The last release was a Black Metal album, I recorded it alone in my flat in London and James created all the artwork at home in Devon. RYCE is totally open to go anywhere I feel.

Q. Which new bands do you recommend?
For me there is only one new band that gets me excited, I have seen them play many times and every time they make me cry, I have three boxes to tick with music and they are: groove, intensity and emotion, and they tick all three. They are called Blonde Bunny and they have stuff out on soundcloud, facebook and their own website.

Q: Which band would you love to made a cover version of?
I had a project called Spring Skipper last year and we wanted to cover Madonna’s Like A Prayer but we never got around to it. If I play a solo set, then I like to cover Gloomy Sunday by Billie Holiday.

Q: About your new band, Cutty Dyer, what are your plans for the future?
With Cutty Dyer, we have been writing and recording a lot these past few months and will likely carry on doing so until we feel ready to play live, this project plays a lot differently to my past ones. I am taking great care in the song writing and less interested in making loud and nosiey music to push an audience, rather now I am looking to make beautiful songs in a more traditional sense, but keeping that edge, it’s about being honest with yourself.

Q: Any parting words?
Cutty Dyer will be putting out new music over the past few months and I will likely be releasing a new album with RYCE later this year.
*
*
*
Thanks