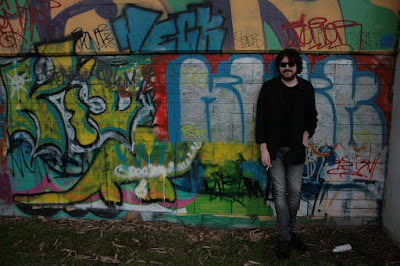 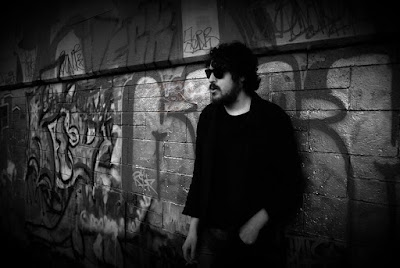 Q. Hello Stephen, first congratulations on the new single, it's really brilliant, what is your analysis after conclusion of it, are you happy with the result?
Well it's been a week since I got the master version back so I just had another listen and it's still sounding pretty good to me. I have a tendancy to like something I do one week and then dislike it the next, so will see how things go. All round it probably turned out better than I expected and on the whole I'm pretty pleased with the results.

Q. How was the process of creating Wake Me Up When It´s Over?
The process was a little different this time round, I recorded the track at home. Basically I started off with the main guitar riff and it progressed from there, adding layers of organ and acoustic guitar, yet still trying to keep the track as minimal as possible. I really wanted to make it easier to play live when the time comes. Once I finished tracking everything and was happy with the results I sent off all the separate tracks to my friend Ben Simms of Violet Swells for mixing and to put the tracks through tape separately. We have worked together for years on music so he has a pretty good knowledge of how I want the final mixes to turn out. Once that was done it was ready for Mastering and to be released.


Q. What are the main differences between Wake Me Up When It´s Over and last releases?
I think the main difference between this and the other releases is that it was recorded at home, on my own instruments with no timeframe to get it finished, Leaving me with plenty of time to re-do takes until I was satisfied. I've been working on building my home studio for the last couple of years, Its kind of lo-fi but I think that added to the new single more than anything else. Another major difference is my music has turned more towards a guitar driven 'Real band' kind of sound as opposed to the more Electronic/Dance vibe of the past. However those elements are still there. I broke my wrist about 6 months ago and couldn't play anything for about 3 months. The first thing I started playing again was guitar, Since then I've been leaning more towards that as the primary instrument for The Planets Collide.

Q. What were the influences for creating the new single?
Stuff like My Bloody Valentines 'Isnt Anything' and the track 'Wasted' By the Brian Jonestown Massacre among so much more. I was trying to kind of sum up that feeling of being really drunk and having the spins, that kind of music always gave me that impression. Ive also been listening to Ambient House stuff like The Orb and have been trying to add a little bit of that vibe to my music as well.

Q. What are your plans for 2016?
Next step is a new EP. I have quite a few tracks written for it already. I am presently trying to piece together what tracks will fit the best. I've also got a couple of new electronic projects that I'm working on with some friends, which will be cool! Other than that I'm hoping to finally get this project playing live soon as well.

Thanks for taking the time to read this and I hope you like the new Track!
Cheers
Steve
*
*
*
Thanks