Where You Learned to Kiss That Way with Languis - An Interview 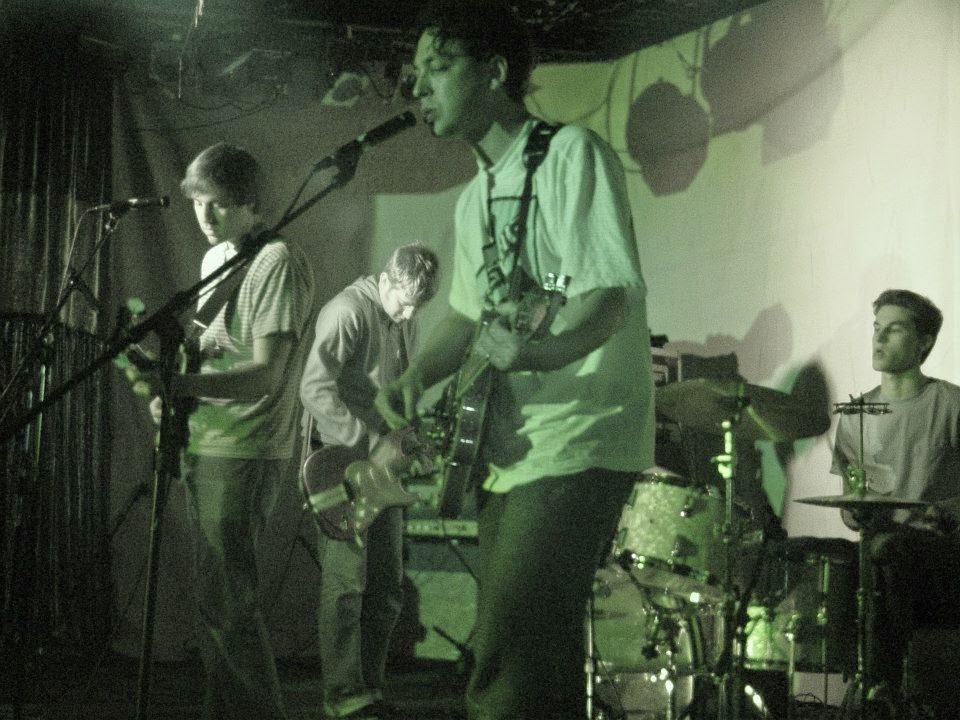 Q. When did Languis started, tell us about the history...
We started around 1997, we formed the band after moving to Los Angeles from Buenos Aires. We moved to LA in 1996 and after a year or so the vibes from LA started soaking in and the sound and identity of Languis emerged.

Q: Who are your influences?
Well... everything, really. As much as we were compared to many bands, scenes, eras and genres, our sound was created, and evolved from the blend of influences and what we were listening to. Beach Boys is a big one, as well as all the early Warp Records, but I remember Peng by Stereolab being on heavy rotation, and 60s psych bands too, lots of them. Also Krautrock, you know... Harmonia, Can, Neu! and the more obscure ones. It's all there, not much of a mystery.

Q. Make a list of 5 albums of all time…
I don't believe in quantifying and putting music in a scale to be measured. It's all a big blend, there are records that keep coming back, or never going away, like Tongue Twister by Shoes, or Kendra Smith's Guild of Temporary Adventurers. There's the Field Mice's Where You Learned to Kiss That Way, and JAMC entire discography. Red House Painter's rollercoaster record is simply perfect. But none of those are the 5 records of all time, there's no such thing. Stuff comes and stuff goes, some of those records were unlistenable at times for me.

Q. How do you feel playing live?
There were definitely good moments. Like the time we opened for Mouse On Mars at The Roxy, back then we had the Soft Music ep out and there's this track that at the end had a wall of noise. It wasn't that common to make noise for electronic bands in 1998/99 but we just sort of stumbled upon doing it and during the performance we went so loud that people actually got excited and sort cheered as the sound filled the space. But overall it was a bit of a struggle from our side. Our gear was always basic, and trying to do vocals w/effects was always problematic. We also fought quite a bit, specially towards the end in 2004 and 2005.

Q. How do you describe Languis sounds?
It's always melodic, we were always chasing melodies, no matter how noisy or experimental the tracks were, there's always the approach through melody. Rhythm wasn't so much of a priority for us, or at least for me. When someone described us as electronic, it was funny because we simply used keyboards just because that's all we had.


Q: Tell us about the process of recording the songs?
Some songs came from one of us starting the idea and the other one helping in finishing it. Some others came from us jamming and shaping that later. But many times we wrote the songs with guitars and then translated them to keyboards. There was a healthy competitiveness between us in trying to outdo each other. I think that helped, but also brought out resentment and conflict in the studio.

Q: Which bands would you love to make a cover version of?
Shoes. They are the best!!! the only thing about doing covers is that I tend to get tired of learning the songs and developing them into a cover, then I can't enjoy listening to the original version!!!. So I tend to stay away from doing covers for that reason. I know... it's kind of silly.

Q: What´s the plan for the future....
Finish putting out the rest of the material we recorded in the past and that's it.

Q: Any parting words?
mmm... it's rewarding to see interest in the music we made in the past, it never felt like it went anywhere at the time, but seeing re-issues of our past catalog and people reaching out makes me think that maybe we were onto something after all Languis was a project that wasn't easy to develop. There were lots of personal issues, things that happened that will never be resolved, it worked until it stopped working and that's that.
*
*
*
Thanks