Siamese Twins with Monowelt - An Interview 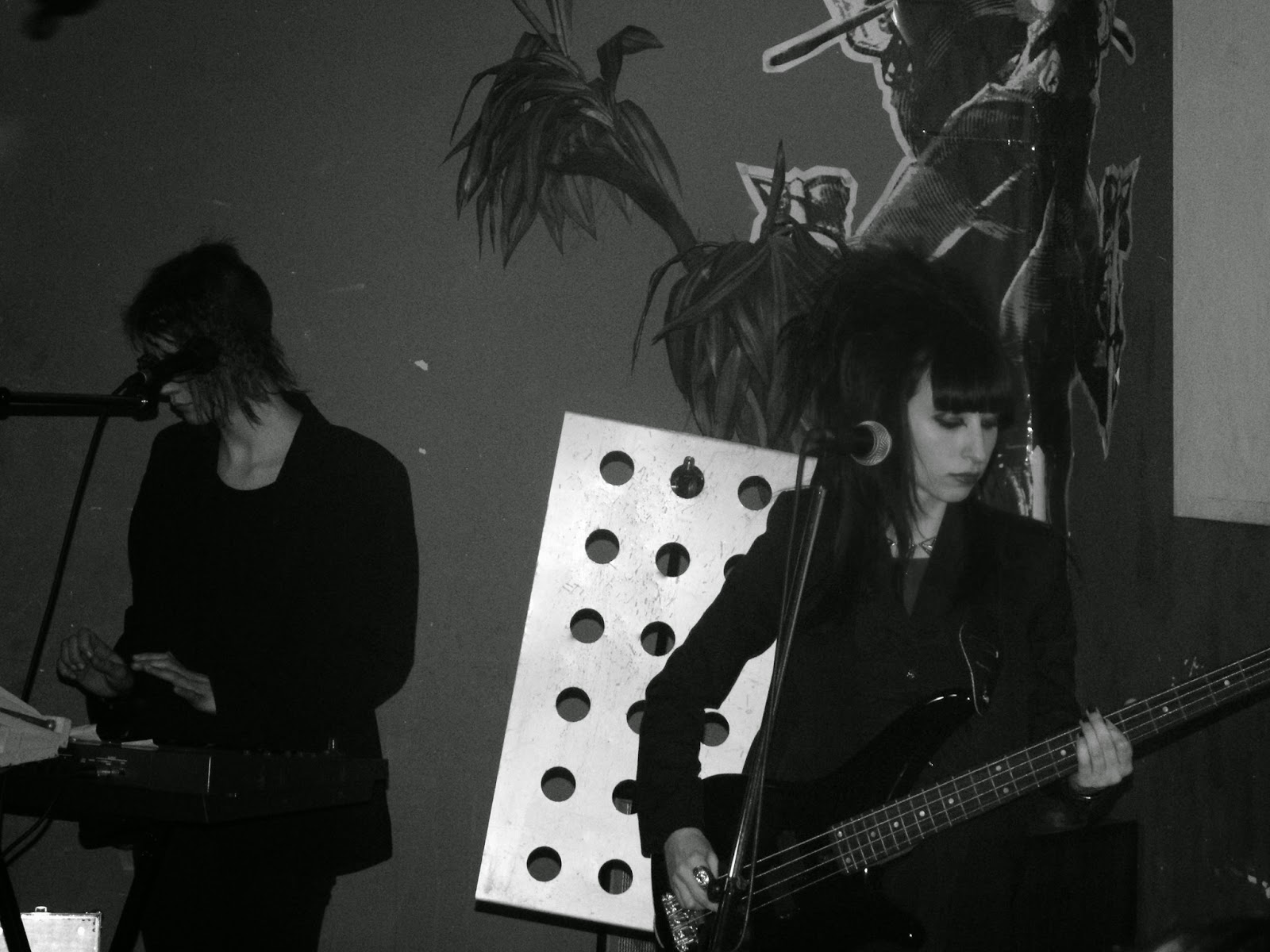 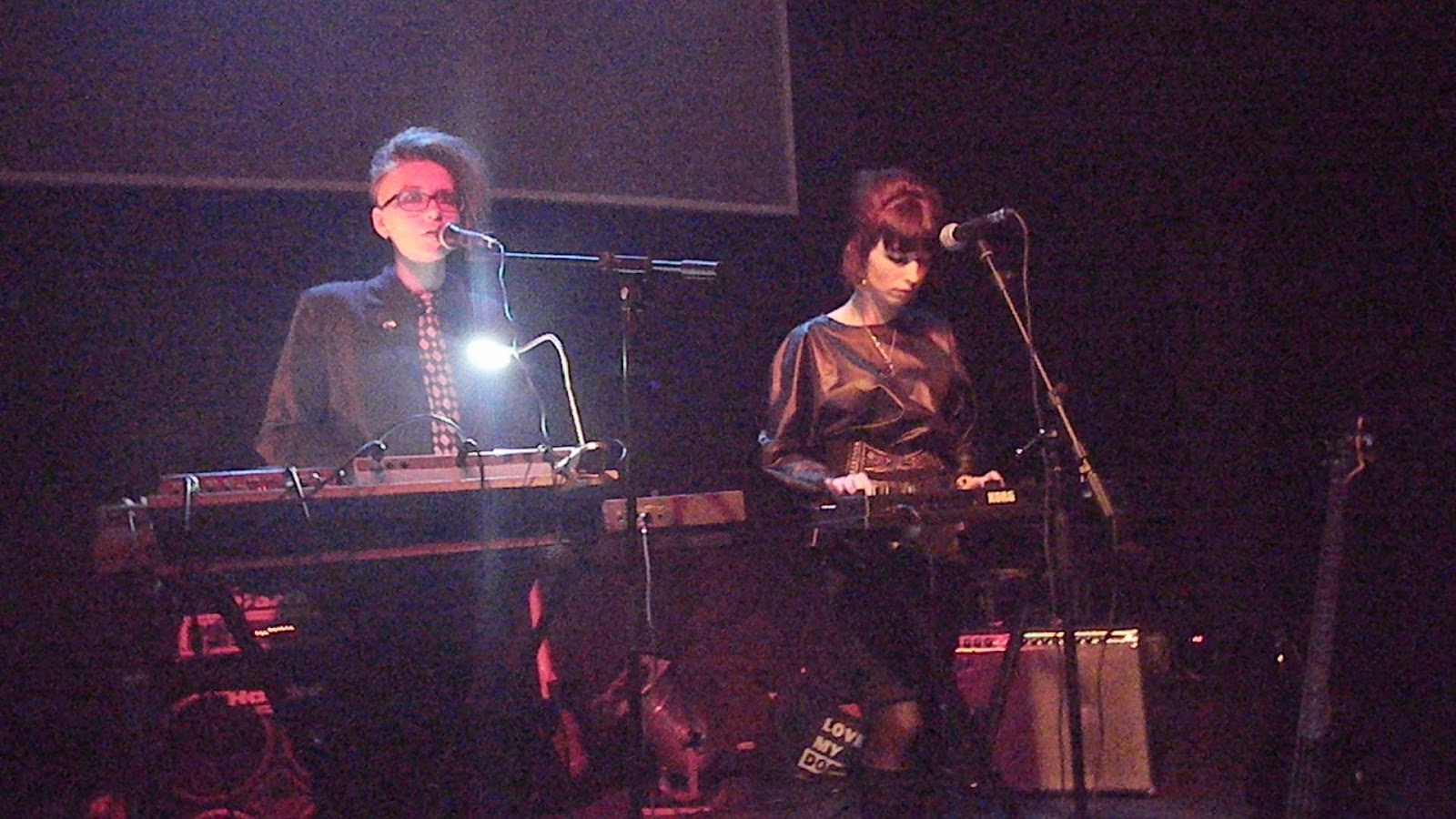 1. When did Monowelt start? Tell us about the history.
MW: We met in 2010 in Berlin, in Köpi house-project, and realised that we share very similar music interests. The idea to form the band came up pretty spontaneously, in 2012. Shortly after revealing this wish to play together, we started rehearsing at home, unplugged. At the begining we used a borrowed from a friend bass guitar and a small Bontempi-keyboard bought very cheap on a fleamarket. At some point we were able to buy better instruments and proper equipment and moved to a rehearsal room, where we practise until now.

3. Five albums of all time...
M: "Pornography" of The Cure, "Script of the bridge" of The Chameleons, "Nowa Aleksandria" by Siekiera, "Clan of Xymox" Clan of Xymox, "Current News" by The Invincible Spirit.

D: "Faith" and "Pornography" of The Cure, "Borderline" of Asylum Party, "Head over Hills" of Cocteau Twins, "Dead Can Dance" Dead Can Dance.

4. How do you feel performing live?
D: The vibration of the audience gives me different feelings of excitement together with anxiety. its like an explosion of different emotions. I love to feel the harmony of embodiment and inter flow in our music during the performance. I feel the depth and melancholy that comes from our inner world.

M: Each song evokes a different feeling in me while performing it live. Each of the pieces we've made has a different story connected to it. Both the lyrics and the music are playing a big part in the way I feel perfoming on stage. Most of the time it's all connected with a positive excitement but also with melancholy and sadness. I think our music has some tragic element in it. I like to indulge myself in this tragic sounds and be focused on it during the live act.

5. How would you describe Monowelt sounds?
MW: It depends always on the song. On one hand the sounds, which can define our music are atmospheric, dreamy, deep and romantic, but on another hand the sounds are also cold, rough and dramatic. 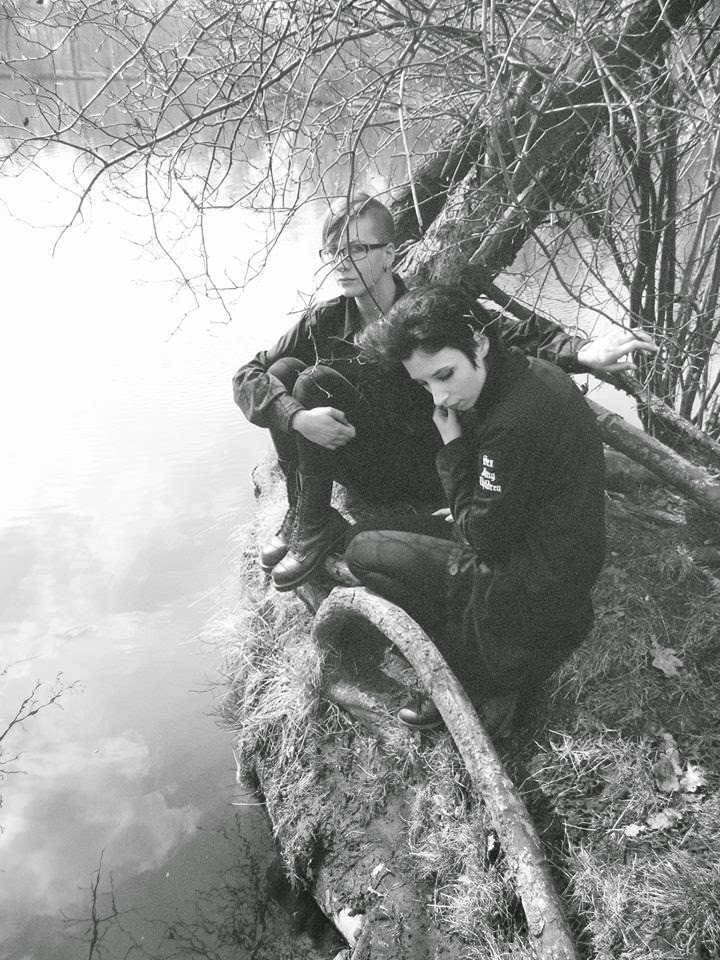 6. Tell us about the process of recording songs.
MW: We started recording our songs at home with a help of some computer software. We realised back then that it takes us a lot of time to make a proper-sounding recordings, and it was quite problematic to make the settings in each song sound how we want. Therefore we asked William Maybelline for his help. We started recording with him on summer 2014 in our rehearsal room, also with a help of a (this time better) computer software. Nevertheless we still didn't have a proper device to plug in all our instruments. Then in autumn the same year, when William came back, we recorded the rest of our songs. This time the recording process went faster, as we had also a device we were looking for and therefore were able to record some of our tracks playing simultaneously. Thanks to William it was all possible and we believe he was the right person to help us with recording. He respected our ideas and never tried to change anything in our songs, which was very essential for us. We realised he really understood what our music is about and he felt also the atmosphere of our songs.

7. Which new bands do you recommend?
MW: William's project -Qual, Transfigure, Geometric Vision, Dream Affair, Tropic of Cancer. There have appeared also some interesting bands in Berlin scene lately, like: The Wings of Desire, Afghan Dance, Gruftschlampen and Totenwald.

8. Which band would you like to make a cover-version of?
MW: We have never thought of making a cover of another band...

9. The plans for the future.
MW: Writing a new material for our songs, continue playing shows, releasing an LP (hopefully soon) and to experiment a bit more with our sound..

10. Any parting words?
MW: Thank you for having us in your blog and for showing an interest in our music. It really means a lot to us. And thank you to all those who will read this interview!
*
*
*
Thanks