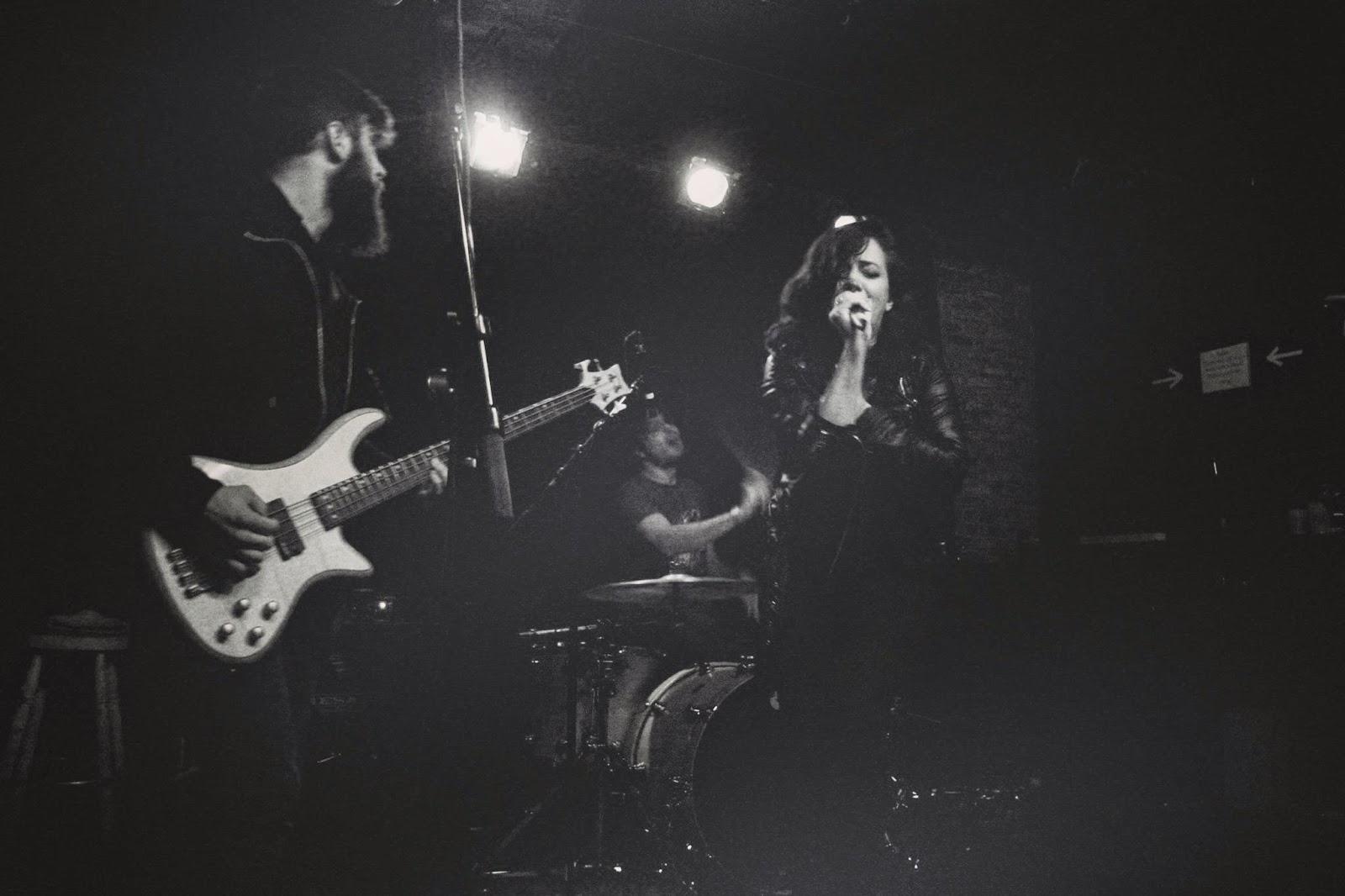 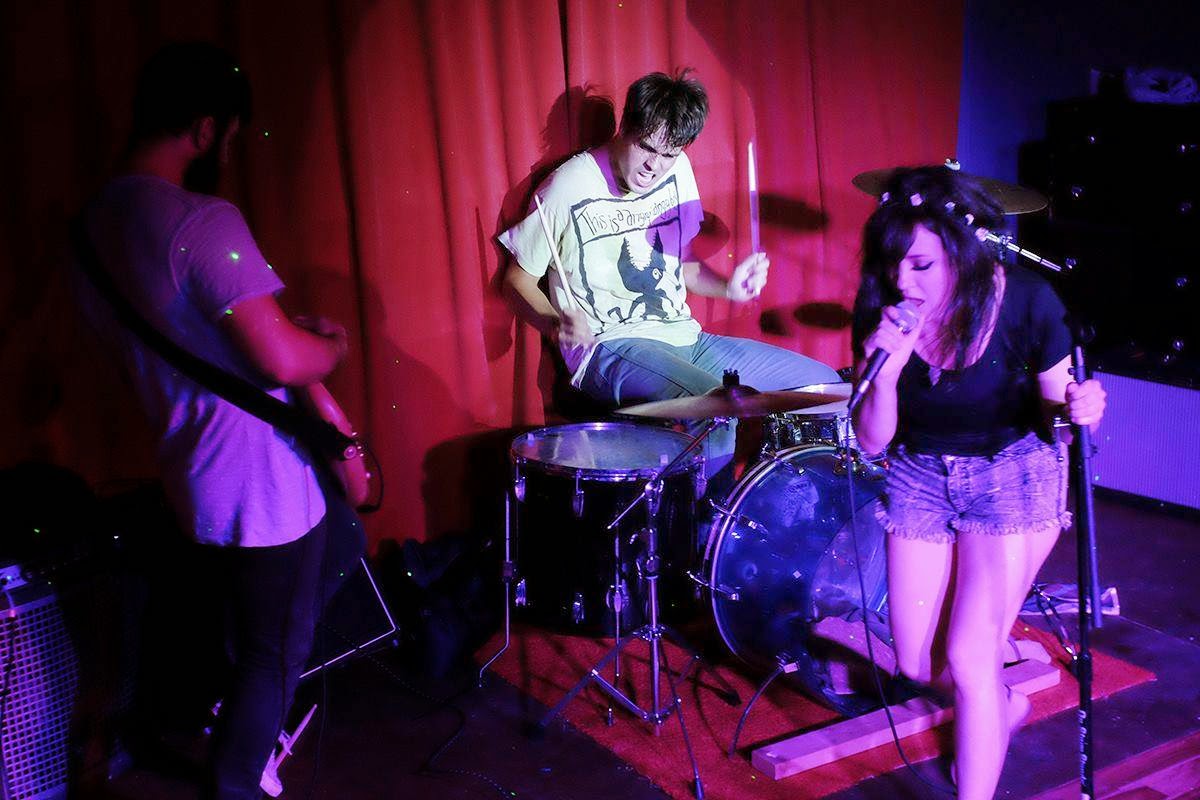 Q. When did Boom Said Thunders started, tell us about the history...
John: Boom Said Thunder was conceived in early 2011 in the basement of the design studio that we all used to work at in Boston. We would set up after hours and make a bunch of noise on drums and bass, and our friend Dave on guitar for a while. When he stopped playing with us, we kept making noise as a drum and bass duo and then one day Abby said she would "sing in our band”. We wrote a bunch of songs with our weird instrumental arrangement and started playing out in and around Boston and now here we are, still without a guitar player.

Q: Who are your influences?
Abby: Lyrically, I'm pulling from my dreams and my own experience, past, present and future. Melodically, I'm attempting to channel the likes of Patti Smith and Bjork for their ability to make an instrument of their voice. I'm trying to create something honest, moody, fearless as well as something that resonates. The actual process of creating songs is a collaborative one between John, Will and I. Each of us brings our own influence and what actually comes out is our sound. The biggest payoff is not knowing exactly where the song is leading us and together discovering its destination.

Q. Make a list of 5 albums of all time…
As it relates to our music:

Q. How do you feel playing live?
Abby: What I sing about is personal to me and sometimes too embarrassing to admit in my everyday. While I'm naturally too shy to talk about these things, this internal dialogue just kind out spills out through our music. The songs are about life and death, humility and being in this world. When I'm singing I feel transported. I like to think my performance is honest and that what I'm creating on stage is what I was feeling at the time the song was written.


Q: Tell us about the process of recording the songs ?
John: When we finally settled into Brooklyn and started writing songs together again, it had been over a year since our last release, our full length ‘Exist’. We wanted to put out something fresh that reflected our new surroundings. We were nearly done writing ‘Summer Twin’ and ‘Carnivore’ when we were asked by Converse Rubber Tracks to record with them at their studio in Williamsburg. They were very chill about the whole thing. They invited us into their beautiful studio for a day of free recording and rough mixing. The engineers were awesome and very generous with their time. I think we hit it off pretty quickly and they understood the sound we were going for.

Q: Which band would you love to make a cover version of?
Devo – Girl U Want

Q: Any parting words?
Support your local music scene!
*
*
*
Thanks