Black Metallic with Seafrost - An Interview 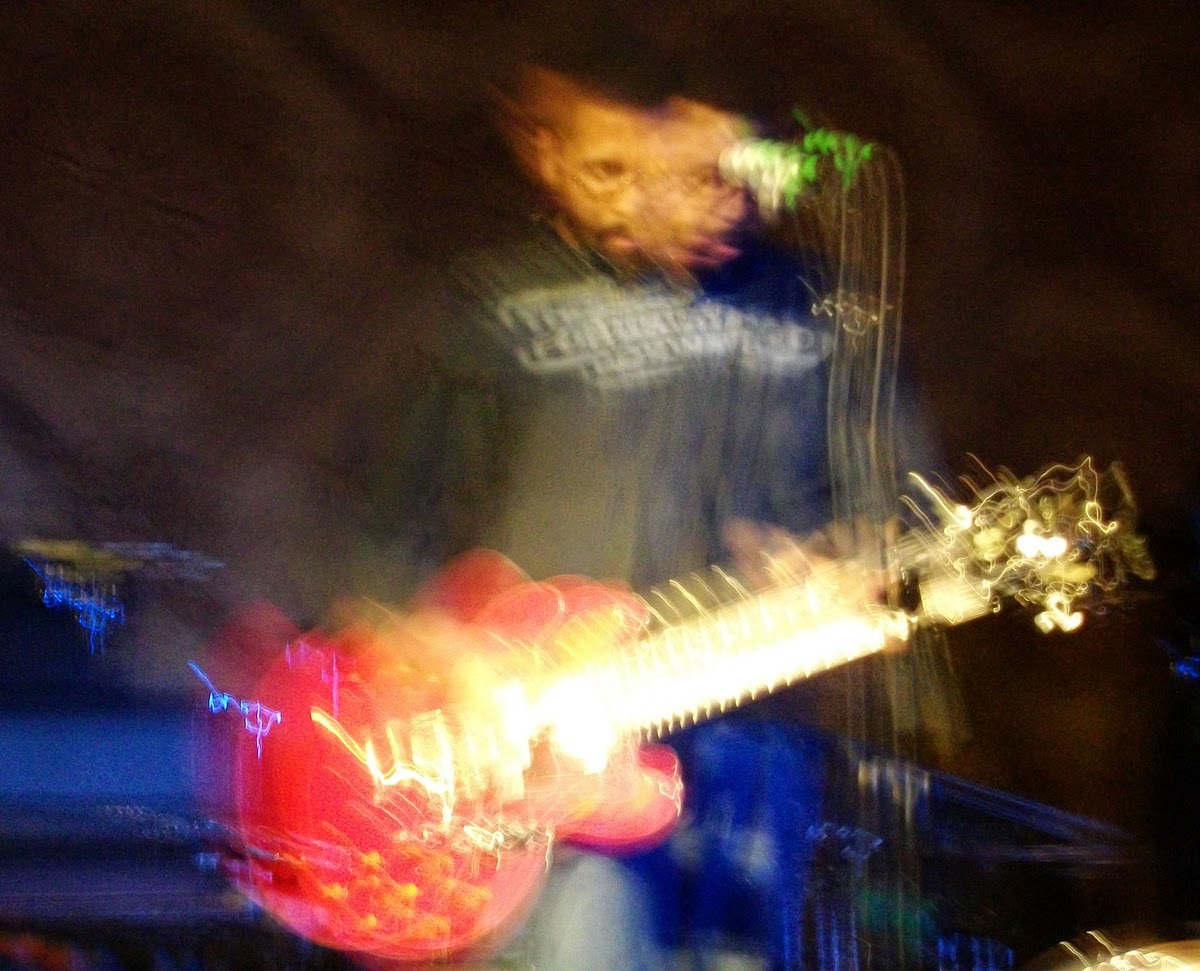 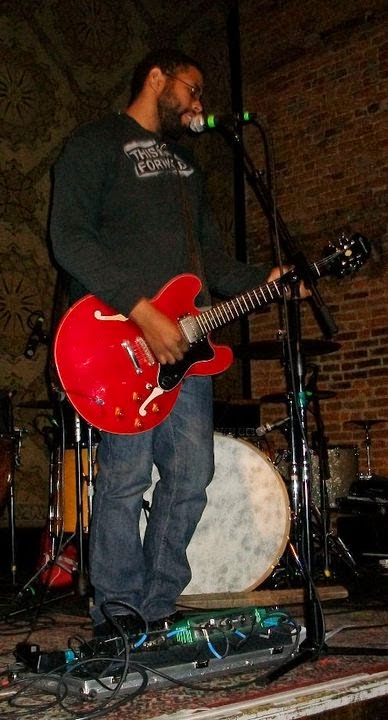 Q. When did Seafrost start, tell us about the history...
Prior to starting Seafrost, I was making music under the name Face Dreamer back in the myspace days. Completely different music, it was all home recorded, instrumental acoustic pieces. I guess it was around 2009 when I switched gears in hopes of recording an album that showcased a different side of things. Initially, I went to Red Planet Sound to record 4 songs by myself when I ran into current drummer Evan in passing. Feeling somewhat disappointed in my drumming skills on the songs, Evan offered to help out and has been drumming with me ever since. Once he got the songs down, we recorded “Waves In The Atmosphere”. Sadly we never got a live line-up going, but I did do one solo show. Many moons later, Evan and I linked up again for round two, following the same format. I played everything except drums and sang, Evan played drums and my sister sang as well.

Q: Who are your influences?
For this project, rather than just rehashing a single style, I wanted to get back to what I loved about music growing up. In general, 90’s alternative music really inspired me to pick up the guitar and start playing. Through the years, I’ve also been lucky to always be surrounded by other musicians and people who have shown me bands. I think these tunes pull influence from bands like Oasis, Catherine Wheel, Ride, Chapterhouse, Swervedriver, The Brian Jonestown Massacre, Cave In (Seafrost is actually the name of one of their songs), Failure, Darker My Love, The Dandy Warhols, so many. I’m into a lot of stuff from 60’s / 70’s psych to folk, hardcore, black metal, punk, you name it. It’s all in there somewhere, to varying degrees 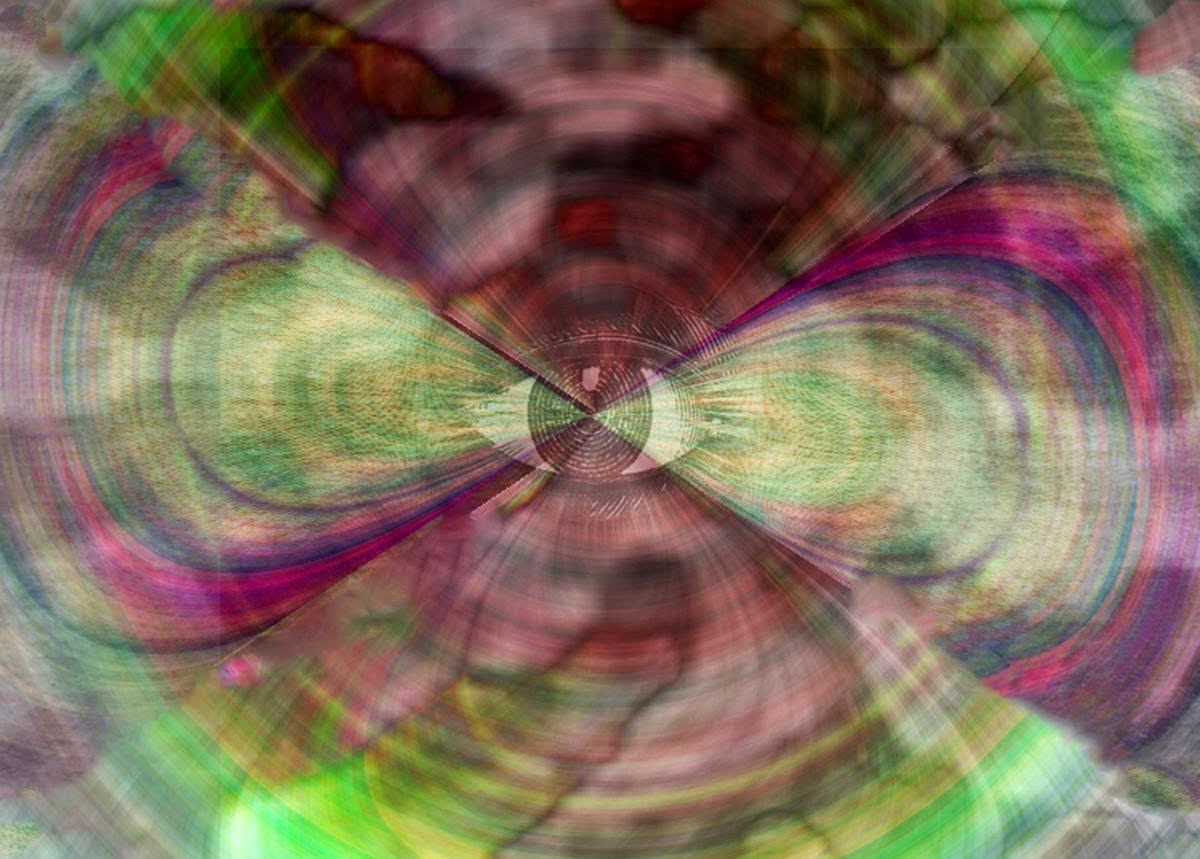 Q. Make a list of 5 albums of all time…
That’s a very difficult thing do, yikes! I could name sooo many, all for different reasons! I’ll say that these albums are all very important and special to me (in no particular order)

* Elliott Smith – XO
* Cave In – Antenna (“Jupiter” too!)
* The Asteroid #4 – These Flowers Of Ours: A Treasury Of Witchcraft & Devilry
* A Place To Bury Strangers – Exploding Head
* This Day Forward – In Response

Q. How do you feel playing live?
I can honestly say that I have only one real Seafrost gig under my belt. What a show it was, I got to open for one of my biggest musical inspirations! Beyond Seafrost though, I have performed with other bands and played some of my solo material out. How do I feel performing? Very nervous, but comfortable in my own abilities if that makes any sense. For example, I would be terrified to give a speech in front of a group of people, but behind a guitar, I might be okay The time leading up to performing is what really gets to me. I’m more nervous and panicked in the waiting period than I am when I’m actually playing. Performing can be fun though and I look forward to playing out with these new tunes.

Q. How do you describe Seafrost sounds?
I’m not very good with genres, but I’d say it’s a healthy dose of 90’s alternative with nods to shoegaze, noise and psychedelic music. I like to that it doesn’t sound one dimensional, being that our sound pulls from lots of different styles.

Q: Tell us about the process of recording the songs ?
Mostly everything I’ve written for the past two albums (and in-between) starts off on acoustic guitar. I play that thing pretty much every day, mainly because I can play quiet enough to not bother anybody who may be around The inspiration is usually based on something I felt or experienced, someone I saw or something else visual. I’m on the road a lot for work these days, so there are plenty of things to see. From there, I’ll just try to work out sections and then try to combine them into something that makes sense. The effects and the atmosphere provided by electric guitar is something I hear in my head, but usually manifests later on. Often, I feel like the words somewhat write themselves, but I also have ideas and feelings that I want to convey. Fortunately I know a great sound engineer whom I’ve recorded both Seafrost albums with. I’ll go in and lay down the basic guitar tracks and then Evan will come in and do the drums. I’ve been told that this process is pretty backwards, but it works for us Everything else fills in from there. My sister does vocals as well on the albums as well. I got a lot of positive feedback on her vocals after the first album, so this time around, I had her step forward to shine a little more.


Q. Which new bands do you recommend?
First band that comes to mind is The Orange Drop from Philadelphia. These guys just put out a fantastic ep! If you dig psych, you should definitely check them out! Our drummer has two projects, one being Hatchets & Hammers and the other is +Church, both very diverse projects. Some other bands I’d recommend: Carved Up, Blacksalt, Twin Symptoms, Burned Out Still Glowing, Air Is Human, Fad Nauseam, Void Vision, Woe, Planning For Burial, Nearest, Coyote Teeth (Brian Cagle), Cara Cara, Take Today, the list could go on. Not all of them are new. All of these bands have facebook pages and bandcamps, look them up!

Q: Which band would you love to make a cover version of?
Funny question! I love going to shows and I feel like I always come away thinking that I want to do a band that sounds like what I just saw haha! For instance, I just saw Electric Wizard and now I’ve got one of my guitars tuned as low as it can go I can’t say that I would really want to do a tribute band, but cover songs, sure. I’ve always wanted to attempt to some Elliott Smith covers!

Q: What´s the plan for the future....
Promoting the new album is what I’m focusing on right now. I’m working on putting together a full band to hopefully play some shows this spring / summer. In the near-ish future, I’ll be putting out a single from the new album and releasing it along with 2 unreleased songs. One is a song I left off of the first album and the other is an older song that I’m constructing long-distance with a good friend of mine. I’m also hoping to get a small run of cd’s pressed this summer too with all new artwork. Should be a fairly active year for Seafrost!

Q: Any parting words?
Thanks to everyone who has listened, downloaded and shared the new album! It means the world to me to be able to make music and have it go beyond my bedroom walls so seriously, thank you! Many thanks to TBTCI for interviewing me, really appreciate it! Take care! -Harry
*
*
*
Thanks