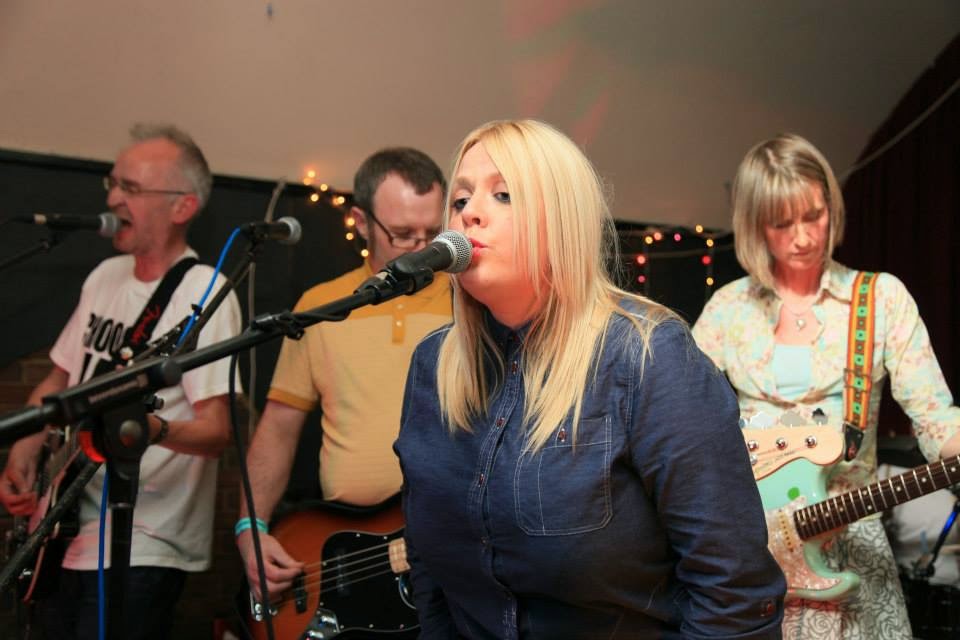 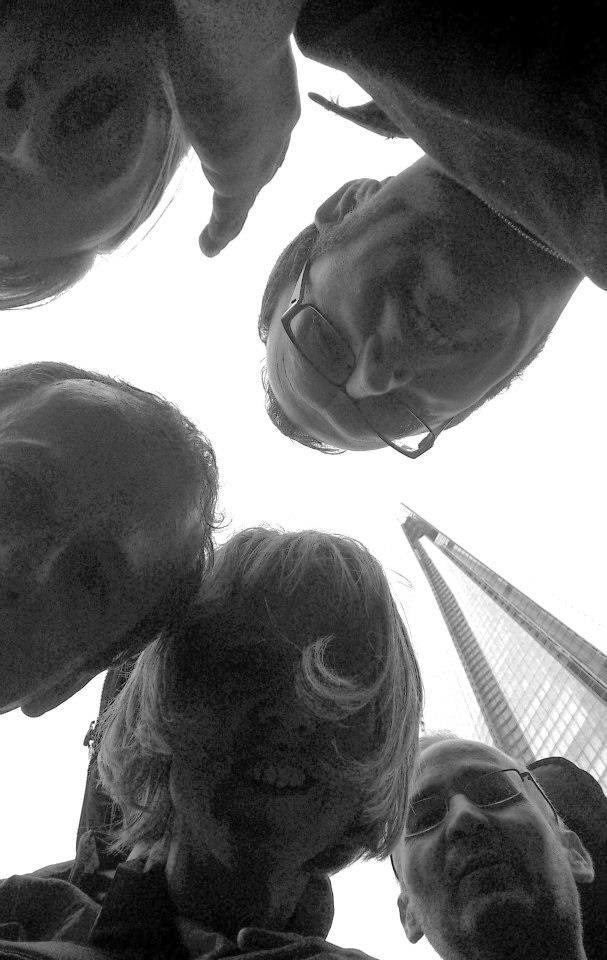 Q. When did celestial started, tell us about the history?
I’d played with Nicola in The Applicants, and also as a one off with The Dufflecoats, which saw us released on The Waaaaah CD alongside several low-fi twee bands of the day. celestial was an experiment to bring the two of us together with different musicians. The band officially formed in a Coventry pub on St Patrick’s Day 1992 when Martin came on board. The original five piece came from different musical backgrounds and I was interested to see what would come from the combination. I’d planned a six month project though we lasted a couple of years. After 19 years apart we came back together and it’s been a lot more fun the second time around.

Q: Who are your influences?
As I say the band have different musical backgrounds and I doubt that there is a single band that all of us like, so I can only really speak for myself. When the band formed I was listening to Brian Jones era Rolling Stones and Howling Wolf a fair bit, and lots of PJ Harvey. From a guitar partnership perspective with Nicola I guess we based ourselves around Pale Saints more than anyone. The Kevin Shields/Bilinda Butcher comparison came later. I often wrote basslines first and the Pastels and the Field Mice were an influence there. Peter Hook in his various guises was important to me as well. I liked the bass leading the song.

Q. Make a list of 5 albums of all time
I couldn’t speak for all of us and I’d struggle to name five for myself. I can tell you the five albums that are currently in my car –
“The Oliver Twist Manifesto” Luke Haines
“After the Night” SixtyFours
“Oh C’mon” Lambchop
“Jazzateers” Jazzateers
“Broken Heart Surgery” Pete Fij and Terry Bickers 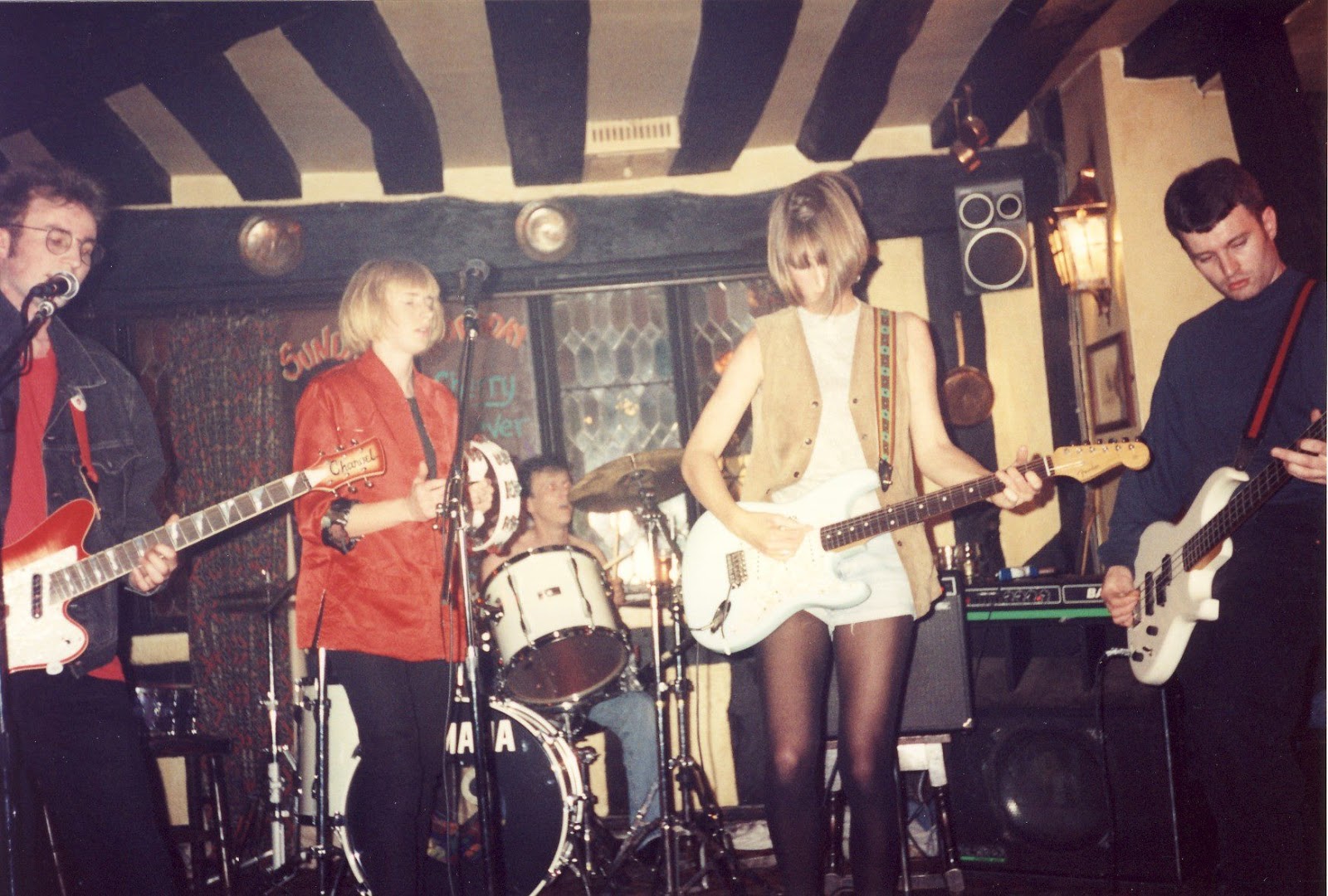 Q. How do you feel playing live?
Playing live is the best thing about being in a band. There is a camaraderie within a band that nobody could understand unless they had the experience themselves, and this is where it comes to the fore. It’s where a band truly becomes a band.

Q. How do you describe celestial sounds?
I’m forever coming up with counters for the “shoegaze” tag we landed with. I like “art rock” the best. I always hated people asking me “who do you sound like?” especially as I had specifically set out to sound like nobody especially. We sound like us. We are most happy when we are very loud.

Q: Tell us about the process of recording the songs?
We try to record as quickly as possible. “diana” was recorded pretty much live apart from vocals and a couple of overdubs. For “Superstar in France” there were only two of us. It was still a fast process and guitar tracks were layered, which is actually a cool way to make an interesting sound with minimal effects. “Superstar in France” used only one overdrive and a few seconds of a tremolo pedal. The best advice I would give to anyone going into a studio is to get the best engineer and/or producer you can. It’s astonishing what a difference it will make and it’s always valuable to have somebody else’s perspective.


Q. Which new bands do you recommend?
I would recommend that you go to your local gig venues and see who is playing there. Look at internet radio. Look at Soundcloud and Bandcamp. There is so much great music out there and these are wonderful times as the internet is such a powerful tool to share music. One band who are new to me are Public Service Broadcasting, I am quite excited about them.

Q: Which band would you love to make a cover version of?
Pink Industry. I’d like to record a 4 track EP of Pink Industry songs if I could.

Q: What´s the plans for future?
Probably more studio based as we are geographically disparate now, so we are unlikely to be all in the same place at the same time. Nicola and I are recording something within a couple of weeks. I’m quite keen to experiment with electronica which could be interesting.

Q: Any parting words?
Well if anyone has read this far then thank you, and do stream one of our songs if you have a moment.
*
*
*
Thanks