Cherub Rock with A MARC Train Home - An Interview 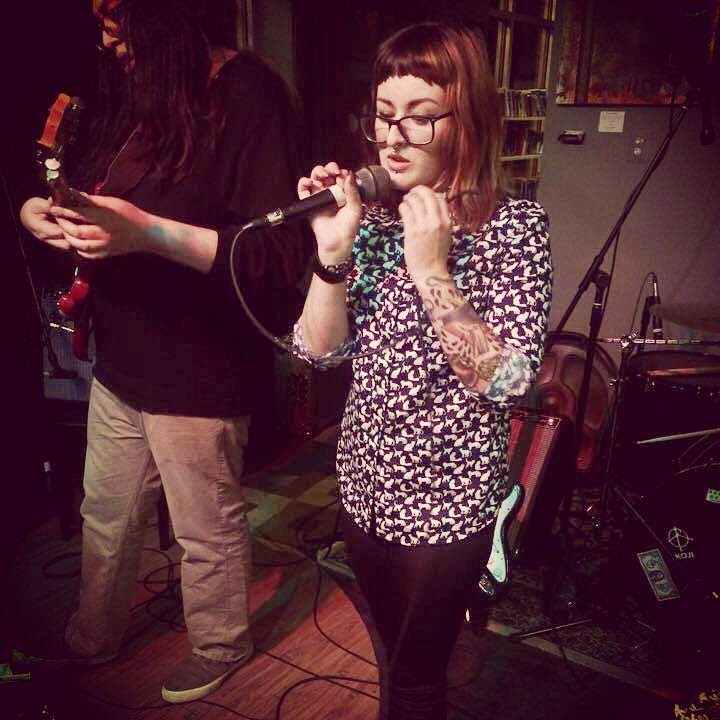 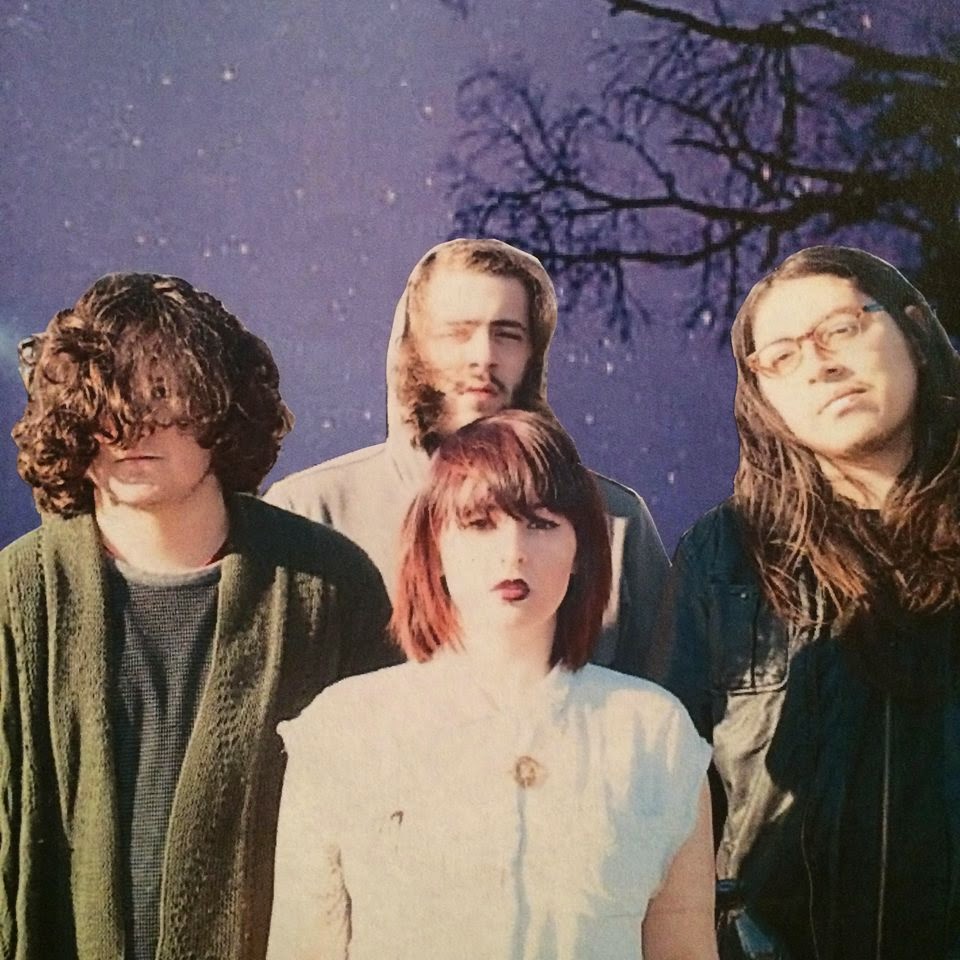 Q. When did A MARC Train Home started, tell us about the history...
Pablo: I used to always be a drummer but I always wanted to form a band where i played guitar. Only issue was I didn't know how I wanted to sound. My band-mates wanted to sound post-rock, and I could only play catchy pop rock riffs and 3 minute songs. So they all left, and I started finding my sound and finding like minded musicians which is where we are to this day.
Jack: I did a recording session for them when they still had Matt on drums and Bryan on bass. I remember the bassist saying something along the lines of "I never practice these songs" and playing 1/8 note behind the beat, not intentionally, so I offered to play. I had never played bass with a band before, its fun but don't think I'll do it again. The song was "disasters" it was one of my first sessions and I think I've gotten better since. Meeting Pablo definitely helped me become a better engineer.

Q: Who are your influences?
Pablo: My favorite bands growing up were the Beatles, Led Zeppelin, and the White Stripes, but now all I listen to is 80s/90s rock like 3 hours a day. My Bloody Valentine, The Fleeting Joys, Wildhoney, Cocteau Twins, Forth Wanderers, Swervedriver, Yuck, Go Cozy, and Blush Response are flawless bands with no bad songs.

Bastian: My influences are scattered all over. Bands like O'brother and Manchester Orchestra to Torche and Harvey Milk. Not very shoegazey but I like hard hitting and pronounced drumming, and music as well. Bands with character, when you say their name you know exactly what sound is associated. Other influences would be Deftones, anything with Chino Moreno, Title Fight, Ovlov, Colour Revolt, Jesu, QOTSA, anything with Dave Grohl, Pinback...the list could go on and on haha all music influences me.

Q. Make a list of 5 albuns of all time…
Lia:
Any album by Granddaddy.
The Devil And God Are Raging Inside Me by Brand New,
Who Will Cut Our Hair When We're Gone? By The Unicorns,
Black Sabbath self-titled album,
and Eggs Are Funny by Mew are some of my favorite albums.

Bastian:
Garden Window - O'brother
Somewhere At The Bottom Of The River Between Vega And Altair - La Dispute
I Was Trying To Describe You To Someone - Crime In Stereo
The Alchemy Index vol. I & II and vol. III & IV - Thrice
self titled - True Widow

I just want to make it apparent that I'm obsessed with music. These two questions could have endless answers. On that note Deftones' self titled album and Torche's Songs For Singles (their new album Restarter is dope as well) are must listen to as well hahaha


Q. How do you feel playing live?
Bastian: I'll speak for myself. I like to take all my frustrations out during a show. I might (emphasis on might) have a drink or smoke to loosen up and get rid of any inhibitions I may have, and I get into my head. Any frustration that life has thrown my way, I take it and use it to perform. That might be why I almost destroy kits and sticks the way I do.

I get physically injured in the process as well. Not only from the physical exertion but I have a tendency to hit my leg when I hit the snare. I'm always fighting the kit, be it toms are sitting awkwardly or my throne isn't working or I hit my hand with a stick or I keep hitting the rim and the stick recoils and hits me...basically every show feels like a fight with myself and by the end of the set I've won.

Pablo: We make a big effort for our live show to be as dynamic, heavy, and as crazy as possible. We've gotten to the point where we like to be acrobatic and violent to our own instruments at the end of each set. It's not bad considering I used to be a nervous wreck at first.

Jack: Lia and Pablo contain themselves a little better than Bastian and I, who look like lunatics on amphetamines. I play different instruments with a lot of bands, but playing with Marc train is always the most fun. That's the charm of being a bassist, nobody's listening to you half the time so you can get totally fucked up and have a good time. Even if I'm walking off stage with bruises and sprains every night, it's worth the rush. I spend half the show watching Bastian hunched over the drums like a fucking hairy Neanderthal, it's really entertaining. We usually have someone filming us but I feel like some of the best moments have gone undocumented. It would be nice to do one show with a legitimate camera crew and get all the crazy shit.

Lia: Playing live feels better than any drug in the world. Better than sex. Cathartic, energizing, amazing. It feels like home. My eyes roll back in my head and I lose my balance when singing. I get whiplash from banging my head around. It's almost sensual, the connection and raw energy and vulnerability I feel spilling my guts to strangers.

Q. How do you describe A MARC Train Home sounds?
Bastian: If I had to describe our sound it'd be something like a cross between a 90's band/shoegaze band with grunge influences and tendencies & a modern indie punk/alternative band. Like Cranberries meets Title Fight or something. Like Hole meets Deftones lol

Pablo: Fuzzy wall-of-noise is an obvious choice. We also like to do the clean pretty dream pop thing. The thing that sets us apart is that we also delve onto more shreddy rock, post-hardcore, and grunge territory too.

Lia: A MARC Train Home sounds like washy fuzz and melodic and ethereal and raw and dreamy. Not quite dream pop. Dream rock.

Q: Tell us about the process of recording the songs ?
Pablo: Jack and I have recording experience, so we record at either of our home studios. The LP 'It's Easier To Make A Mess' originally had me on drums as well as guitar but we found a drummer Bastian to save the day and redo my drum tracks. We recorded up to eight layers of guitars which was a lot of work. I prefer not to start recording an album until all the songs are written, that way we record everything in one fell swoop.

Jack: Pablo's a great engineer, but if he's in your studio he really respects your input and listens to every suggestion, tracking guitars for "it's easier to make a mess" felt like I finally had equal input in the band, even if I was only their bassist. He did all the original drums at home in about two days. We layered about 6-8 guitars on each song. I have a pretty big family room with a wooden floor, having a mic across the room from the cabinet in addition to our close mic definitely helped give the guitars texture and depth. Pablo and I were squeezed into a tiny ex-laundry-room for 3 or 4 days straight. We would track guitars from 11am-11pm, grab a beer and listen back to what we had done, maybe layer a few more tracks, smoke a bowl and sleep. Crazy shit.

I wrote and recorded most of the bass in one, 8 hour session at Pablo's. I like doing bass last so I can hear everything else, it definitely helps me compose round basslines that don't distract from the rest of the song. It's especially cool when one or two people notice and comment on your playing, which hasn't exactly happened to me yet.

Lia: Lia: The writing process is very organic and changes everytime but the recording process is quite mechanical. Usually rhythm section first. Then guitar and then multiple vocal layers. Pablo is a genius with production. Jack has experience too. The two of them together make magic. 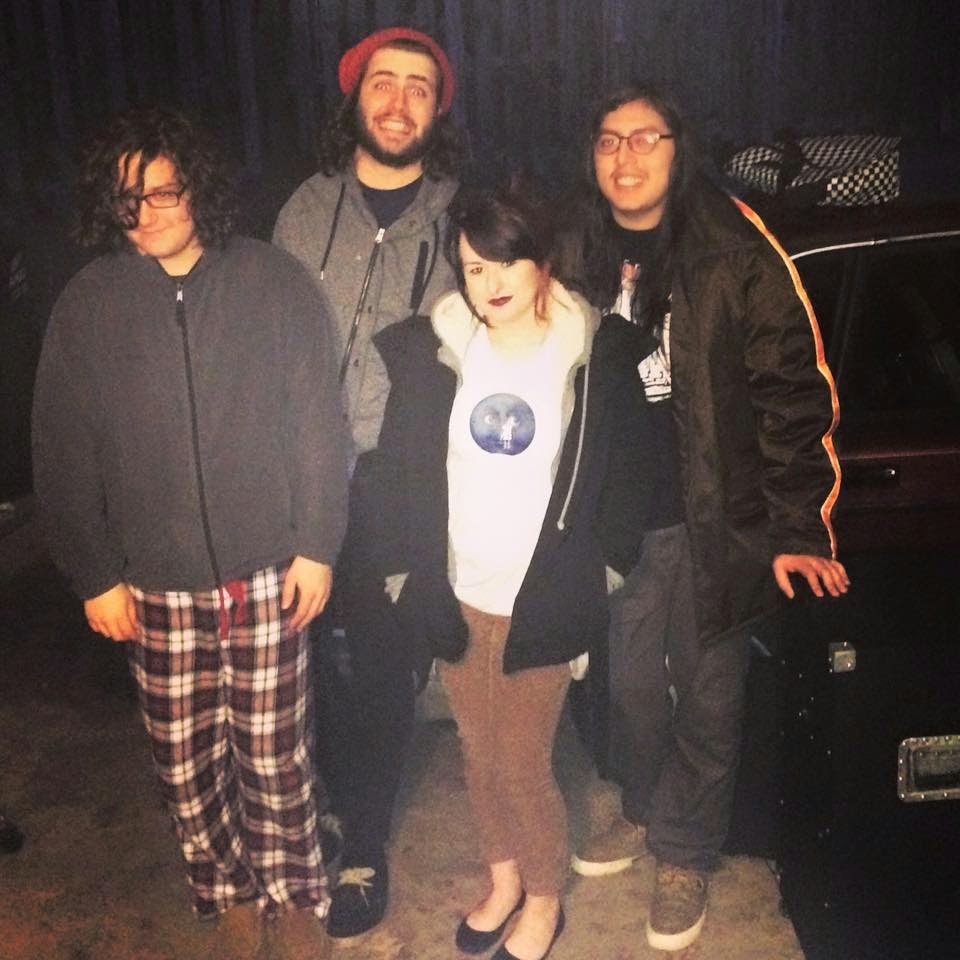 Q. Which new bands do you recommended?
Lia: I recommend checking out Lightfields from Richmond, and End Year is amazing also. Post rock and hypnotizing. Also U.S. Royalty from DC have a gritty nostalgic blues sound I had their album Mirrors on repeat for months. There are honestly so many talented and amazing bands worth checking out I don't know where to start.

Pablo: My best suggestion is to follow the Facebook discussion groups 'Shoegaze, Dreampop & Nugaze', 'Shoegaze' and 'Shoegaze Sanctuary'. That's where I find out about 99 percent of my listening material.

Q: What´s the plans for future....
Pablo: I'd like to not divulge any secrets yet, but we are gonna do a US East Coast tour in July, and we're not going to release any new material just yet because our last album is 50 minutes long which is enough for our fans to keep listening to in the meanwhile, until we release a shorter LP late 2015-ish.

Bastian: I know we're trying to take things up a notch. We aspire to make albums that are cohesive from beginning to end. Painting a picture or story with the words and melodies. Intros, outros, the songs themselves and in between the songs. We'd like to be able to transpose that into a live atmosphere as well. Strong beginning of the sets to a climax and end of the set.

Q: Any parting words?
Pablo: Thanks for having us on your blog, we love you!
*
*
*
Thanks