Sleep No More with Angel Falls - An Interview 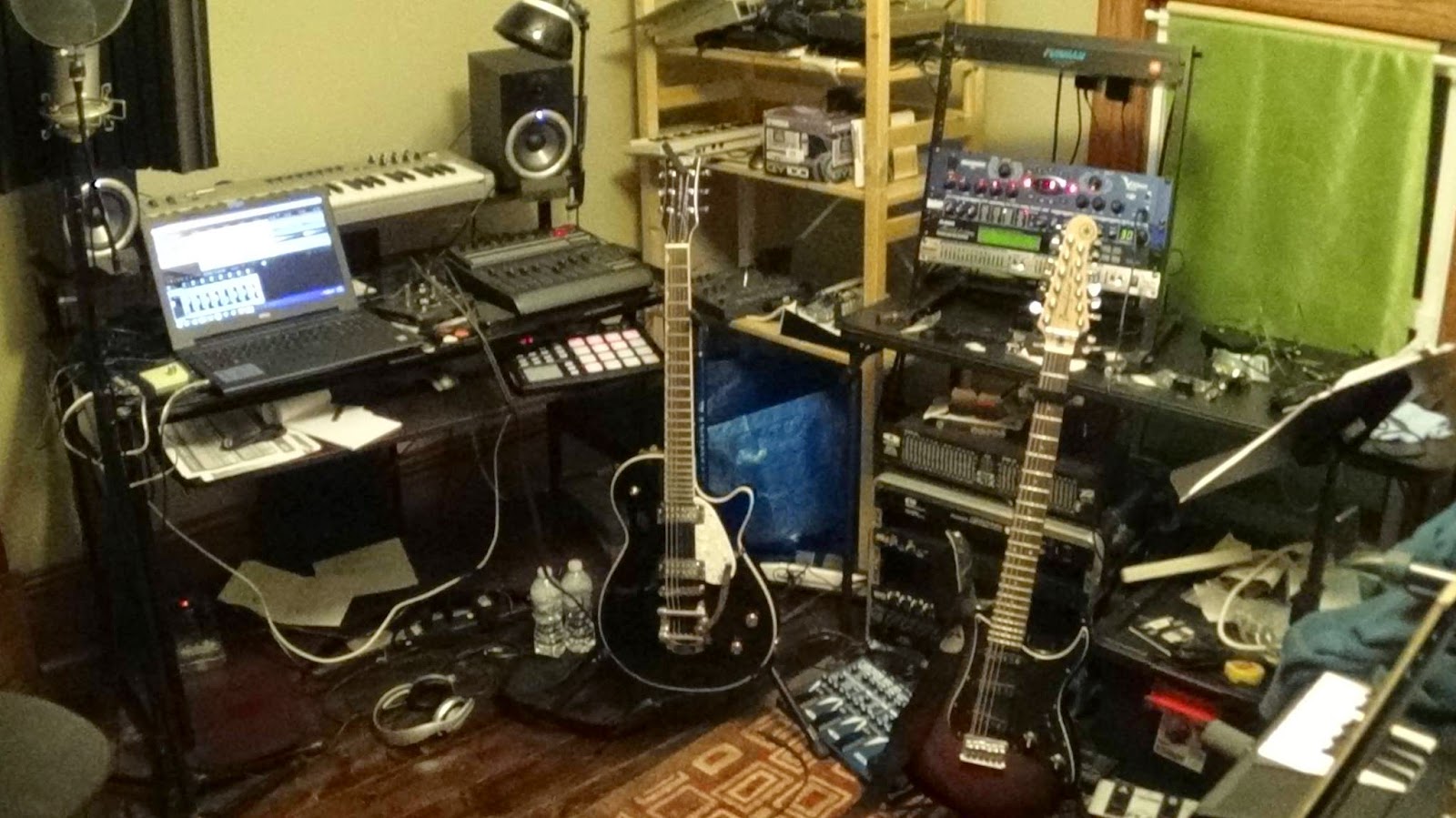 Q. When did Angel Falls started, tell us about the history...
I started recording stuff under the Angel Falls name in the autumn of 2014. I had taken a break from music for several years after my previous band that had been together off and on for 20 years broke up, without much success.

I had a few songs I'd written for this band that never really fit into our sound, but I though they should at least be recorded. I set up a cheap Digital Audio Workstation (DAW) and started recording songs-- "Angel Falls" being one of them. So, for lack of a better name, I named the project Angel Falls. I posted a few of the songs online, and got a positive response, and the rest is history.

Q: Who are your influences?
The dreampop/shoegaze influences like the Cocteau Twins, MBV, Kitchens of Distinction and Pale Saints are pretty obvious, but I also like a lot of different types of music. Everything from '60s psychedelia to '70s prog-rock and soul to '80s post-punk and even folk and flamenco. I really like guitar-based music. Bands like The Chameleons, The Church and Cocteau Twins-- music that when you hear the guitars, you know immediately who it is.

Q. Make a list of 5 albuns of all time…
In no particular order:
1) Sleep No More - Comsat Angels
2) Pet Sounds - The Beach Boys
3) Ziggy Stardust - David Bowie
4) Systems of Romance - Ultravox
5) What's Going On - Marvin Gaye (I'm deliberately excluding shoegaze/dreampop bands from this list, because there's too many of them to mention!)

Q. How do you feel playing live?
The last time I played live was over five years ago, and to tell you the truth, I don't miss it much at all. Maybe it's because I get stage anxiety or I'm a bit jaded after playing in a city with no "scene" that digs the stuff I do, but I'm actually just as happy behind the controls of my DAW, laying down tracks, making noise, hopefully creating something worth listening to.

Q. How do you describe Angel Falls sounds?
My old band was once described as sounding like "synthpop done without synths", and "The Cure on Prozac". I suppose that kind of describes AF's sound, too. I like pop songs, and I like the sound of guitars that don't sound like guitars, and vocal harmonies. I've heard AF called "dreamgaze" before, which is a decent description-- dreampop with a shoegaze edge to it.

Q: Tell us about the process of recording the songs ?
It's a pretty typical one-man band situation. I compose and record at the same time. I'll come up with a chord progression, then try to add some drums/percussion. After that, it's time to start layering bass and guitars. Lyrics usually come last, and those could be from anywhere-- old notebooks, a phrase that stuck in my head, a past experience...


Q. Which new bands do you recommended?
The Love Agenda from Atlanta, USA. SPELL 336 (Paul Lopez) in California also has some great stuff. Perverted By Language in Belgium are pretty good, too. Lost Garden (Nick Robinson and ex-Comsat Angels keyboardist Andy Peake)

Q: Which band would you love to made a cover version of?
I'm working on a cover of "Silence" by SPELL 336 right now-- I hope to have it out within a couple weeks, actually. I'm also working on a version of "Are 'Friends' Electric?' by Gary Numan and Tubeway Army, entirely on acoustic guitars, just because I like the irony of it. I'd like to do a cover of Brian Wilson's "Caroline, No", which I think is just a beautiful song.

Q: What´s the plans for future....
Right now, just keep on writing and recording. I'm doing Angel Falls because I love making music and love sharing it with others. I'm not looking to make any money off it. I've got a decent day job and I have no ambition to be a "rock star". I'm comfortable just knowing that people like what I do. I'll keep doing it until I run out of ideas, or people get sick of hearing me, or my fingers fall off, whichever comes first.

Q: Any parting words?
Thank you very much for the opportunity to speak with you and your readers. I'm a fan of the blog and I never thought I'd end up getting interviewed for it! There's a lot of great new music out there and it seems impossible to keep up on it all. I appreciate all the kind words from everybody, too-- they are very encouraging. It's amazing to think that, after making and recording music for 25+ years, people all over the world are getting a chance to hear it.