Dig For Fire with Dreambook - An Interview 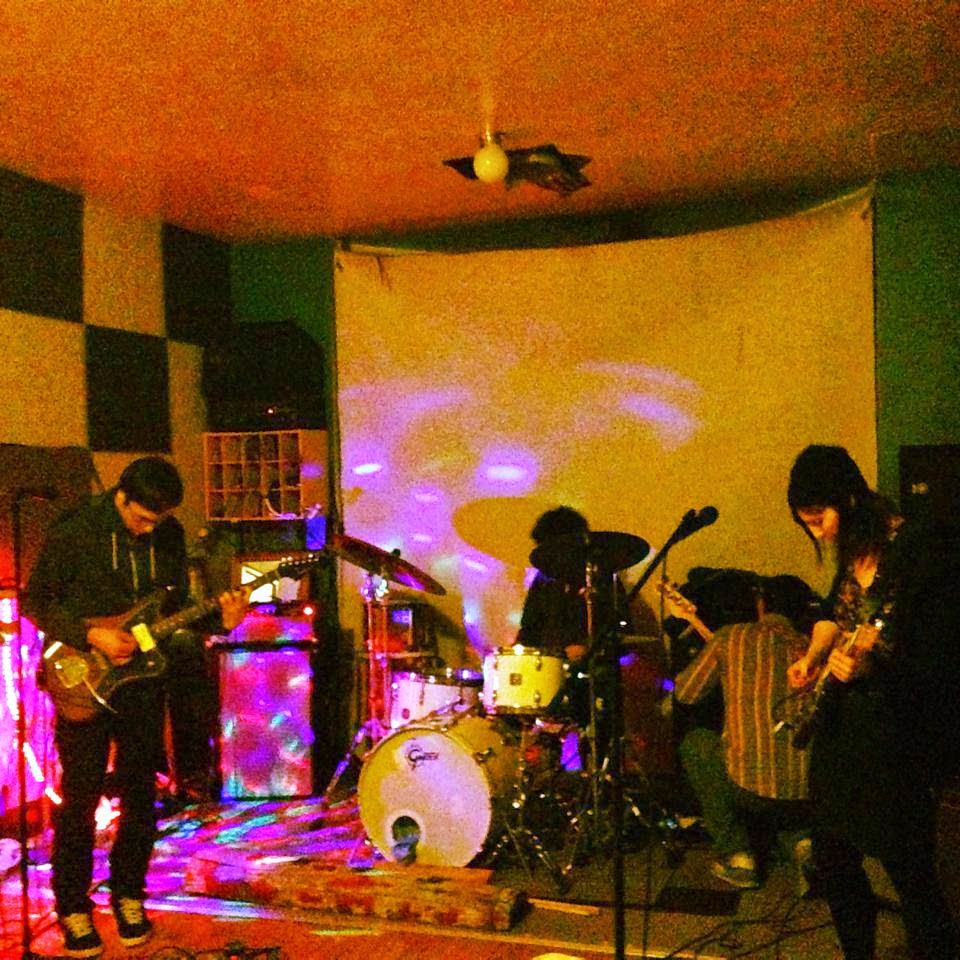 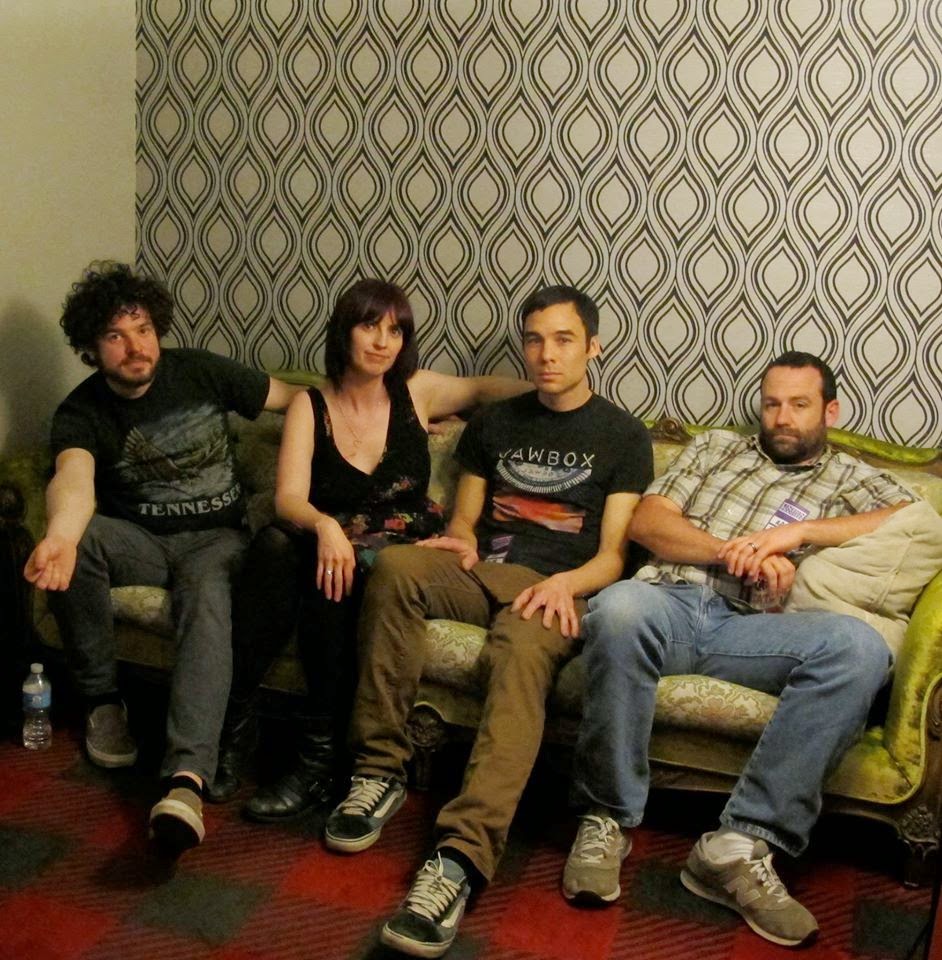 1. When did dreambook start? Tell us the history.
RW: Dreambook was not really supposed to be a band. Jim Anderson starting writing side project songs in 2011. Simultaneous to this, Jim had also built a guitar for me (Rachel Wetzel) that I was teaching myself to play. I wanted to make loud noise in Jim’s practice space, so we started going there and I was noodling around and writing lead lines to go over Jim’s songs. We started to record them in Garage Band but were unhappy with the stock drum beats in the program. A friend of ours, Joe Grogan, said he’d come in and play the drums in our recordings. Brian Ziprin was beginning his recording career and he showed up to record the three of us, but he also brought his bass. It was a band from there on. We recorded our first LP and just when it was released, Joe took a job in Seattle. We had a friend fill in for a while until we added our current drummer Jeremy Gewertz in 2013. Shortly after that, we had a falling out with Brian and he left the band. I was having health issues at the time, so the band was on a little bit of a hiatus. Last fall, we met Ray Keenan shortly after he moved to Philly and he has been our bass player ever since. With the current (and I think best) line up, we’ve been able to pick up where we left off last year but with even more momentum.

2. Who are your influences?
RW: Being a shoegaze inspired band, the 90s shoegaze bands like MBV, Ride, etc. are obvious influences but we draw from a lot of other sounds that might not be obvious right away like Sonic Youth, Boards of Canada, early era Cure and the general heavy bass sounds of bands produced by Butch Vig.

3. Make a list of 5 albums of all time.
RW: This was hard for us since we are all music nerds so we each picked one LP we like front to back and one we all agreed upon.

4. How do you feel playing live?
ALL: Never completely comfortable. Though you may not pick up on that from seeing us live. 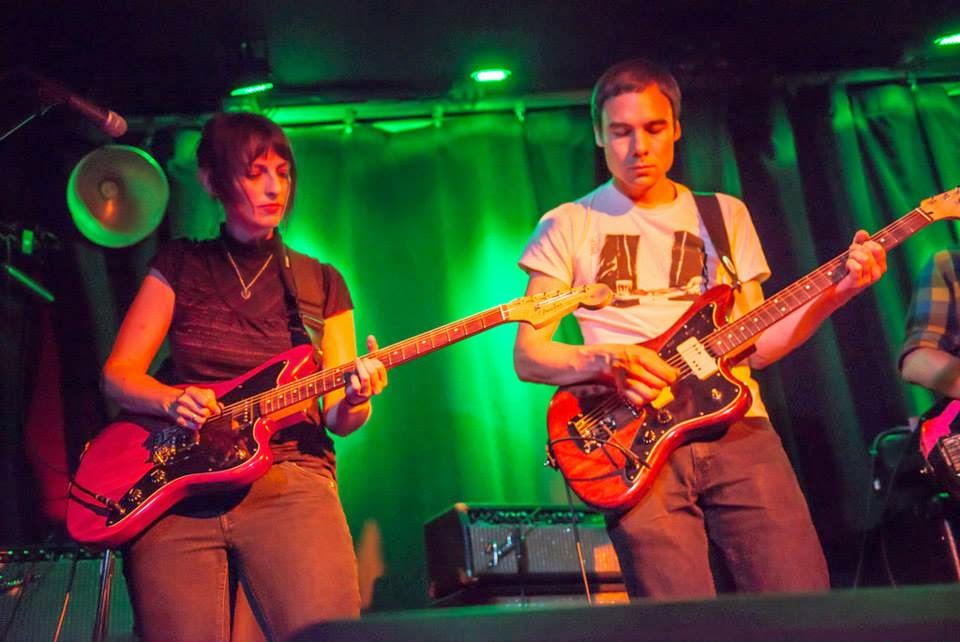 5. How do you describe your sound?
ALL: Dark sounding ambient rock, with a heavy shoegaze slant.

6. Tell us the process of recording songs.
RW: Our first LP, Only Shadows, took forever and a day to record and mix because we were doing it ourselves and not on someone else’s time frame and our dime. Recently, we recorded a four song EP with our friend Dan Morse that we recorded in a weekend and mixed for a few weeks after that. The process was super laid back and Dan was very efficient. He also has an incredible ear for sound, took extensive notes about our comments and managed to give us everything we asked for in the edits- even if he thought it was crazy at first.

7. Which new bands do you recommend?
RK: Torture Love out of Chicago

8. Which band would you love to cover?
RW: Since we all love Dinosaur Jr, we once covered Let It Ride. I’d say we are more about playing our own songs though, but Jeremy has expressed an interest in covering Bauhaus in our style. I brought up the possibility of covering the Wedding Present Octopussy some time ago but no one bought into it.

9. What’s the plan for the future?
RW: We just finished our EP, which will be released on cassette tape mid-April in a super limited edition of 25 at our show opening for Rainer Maria and then a run of 100 that will be released shortly after. You can stream it on our bandcamp page now along with our last LP (dreambook.bandcamp.com). We also have new songs written and are working on a few more that we will hopefully record this summer. We would like to put out another full length in early 2016.