When The Sun Hits with Lunaire - An Interview 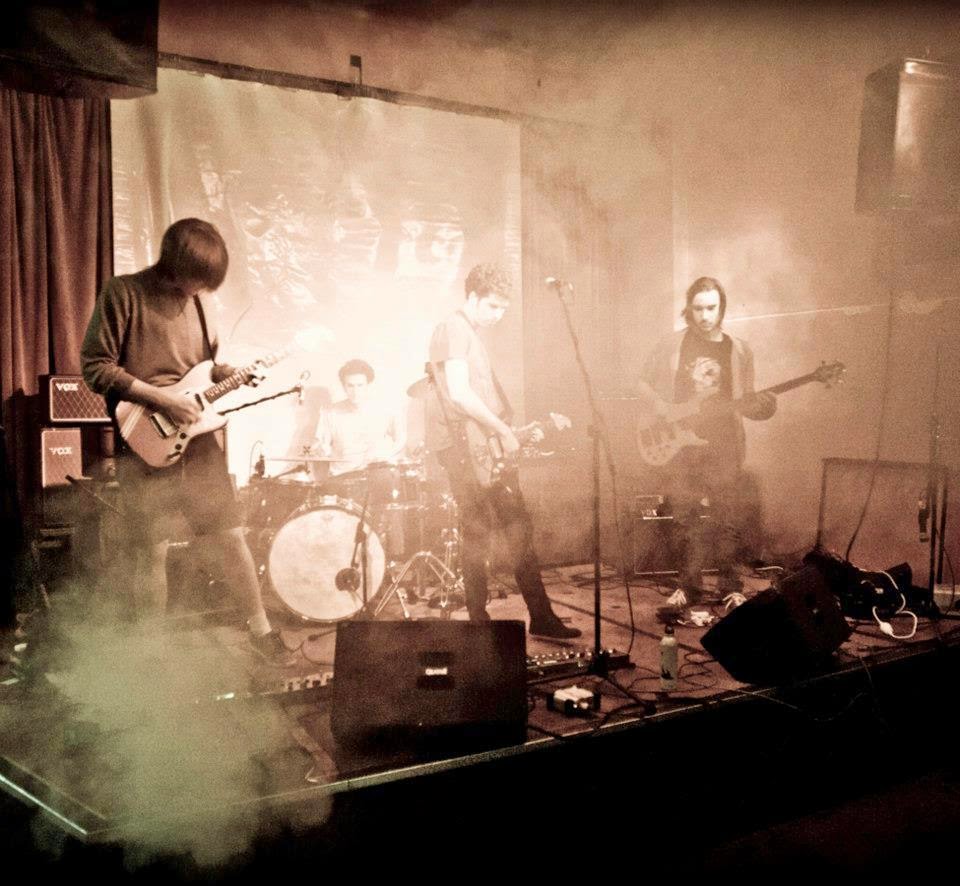 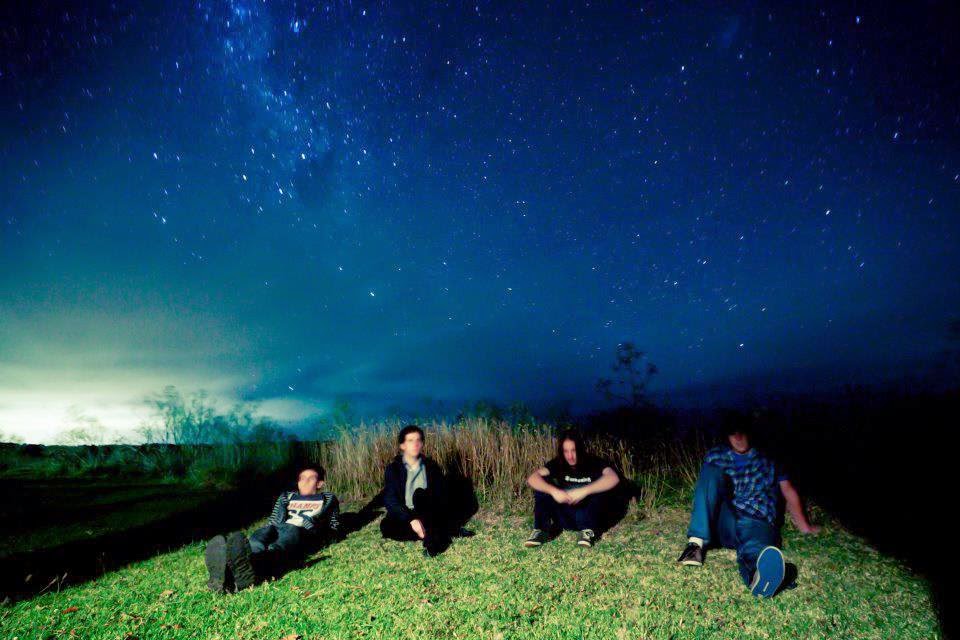 Q. When did Lunaire start, tell us about the history...
Sam Lachie and I all grew up together and started playing in garages and a converted library turned music room after school hours under a range of names and styles with some great friends.
Eventually in 2010 we had the first Lunaire songs and decided to make a new band while releasing a dodgy demo and recording it ourselves due to poor experiences with studios in the past and student bank accounts.

Surprisingly it was shared around a bit and our buddies Airs picked it up and invited us to do a split with them. It was because of this that we went further into the DIY aesthetic and it pushed us to work as a band even though we weren't particularly ready to.

After, we became a four piece when Nick joined the band on bass and have since recorded an ep and an album.

Some highlights include bringing out Japanese post-rockers Presence of Soul and Yawning and supporting Swervedriver last year.

We've done this while sharing a house together in Melbourne and completing various bachelors and masters degrees at university.

Q: Who are your influences?
I guess the obvious ones that don't need to be named dropped anymore. We grew up in a beautiful town and naturally gravitated to ethereal and emotional music. The kind of music where you sit in your room feeling sad and introspective or just want to soundtrack your nature walks.

A part from shoegaze and dream pop we are influenced by post-punk, jangle pop and post-rock/metal artists.

Basically anything with an atmosphere from hipster black metal to Japanese groups like Boris, Mono and Envy etc. As we got older literature and film began to play a bigger role in influencing and developing our themes as well.

I think it's a good thing when you find it hard to completely pigeon hole a band and it's not like we need any more cookie cutter shoegaze bands anyway.

Q. Make a list of 5 albums of all time…
In no particular order and for the context of the band...

Q. How do you feel playing live?
We’ve always enjoy playing live as we have a greater range of options and material to draw from to express the band.

It’s not like we don’t want to be mentioned in the same sentence, it’s just that every band should play like they’re the best band in the world even if the title doesn’t exist or matter.

Q. How do you describe Lunaire´s sound?
This is hard for us because our releases (past and upcoming) are so varied from each other. Of course there are major similarities but we’ve never wanted to repeat ourselves. I’m more interested in how other people describe and interpret our sound. Basically I would say we’re dreamy and emotive. 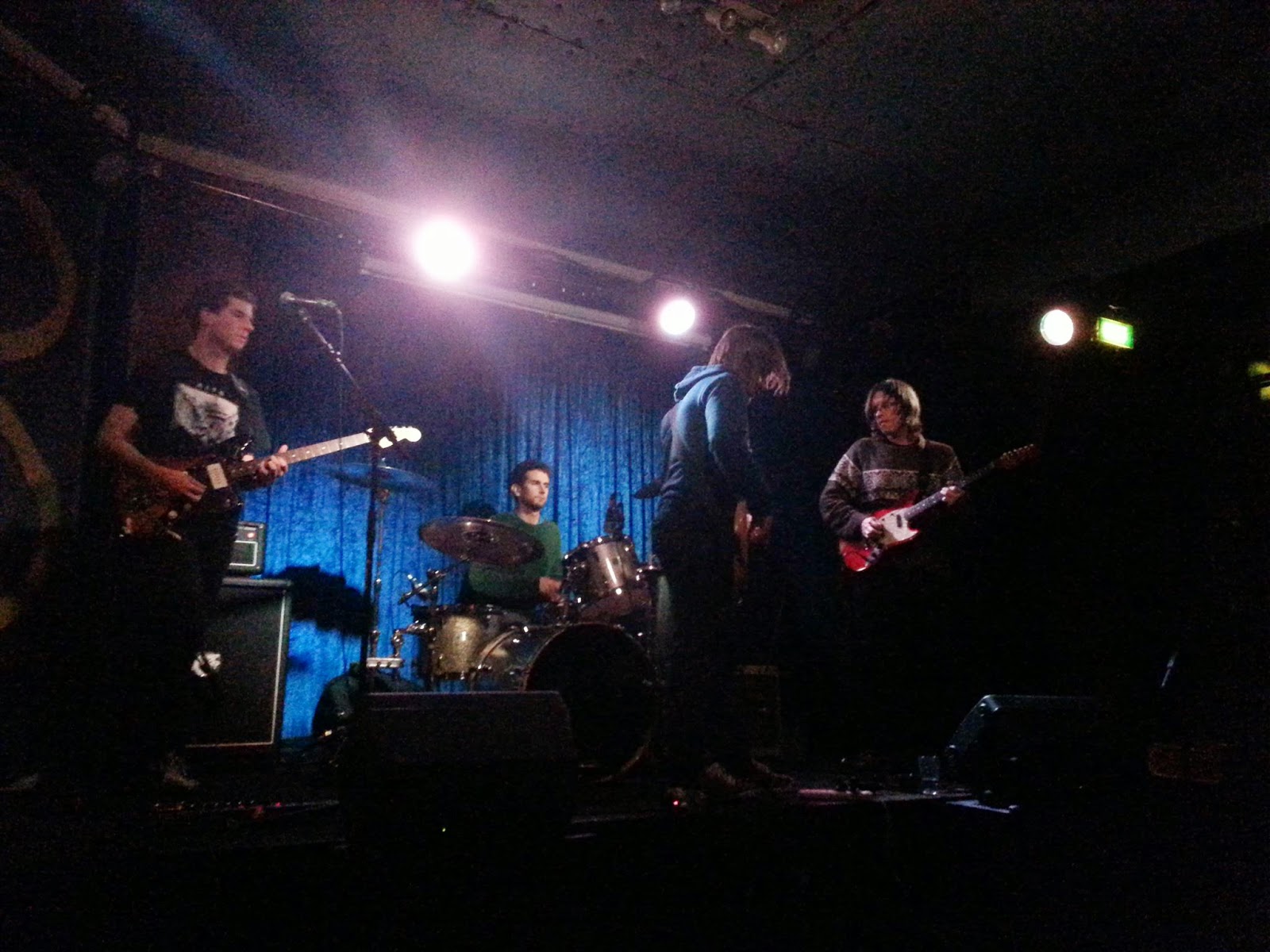 Q: Tell us about the process of recording the songs?
Recording our music takes us a really long time. Because we do it ourselves there’s no set time frame we have to stick to. Generally we record the drums first with guide tracks then add bass and layers upon layers of guitars and other things before vocals are added at the end.

Vocals are always last because I put of writing lyrics like I put of writing essays. Always changing and modifying things while scrawling through a mountain of my writing for passages that could fit. I’m not a poet but I feel there’s nothing worse than bad lyrics. We mix as we go and eventually Lachie takes the files we’ve been working on and cleans them up while we revise with each other. Finally the local and best sound wizard Nao Anzai masters them through a tape machine and gives us feedback.

Q. Which new bands do you recommended?
Basically all the bands on China’s Maybe Mars music label and Australian bands Roku Music, The Rational Academy and Lachie’s band Airling. Also I was listening to Quiet Steps while writing this and they’re amazing.

Q: Which bands would you love to make a cover version of?
When we were in high school we covered The Cure and I’d love to cover them again now that we’re older and better at playing our instruments.

Q. What´s the plan for the future....
We’re two out of three tracks down on an upcoming self-contained ep. The music is longer and darker due to some personal experiences throughout the year. Other than that we have so much backed up music that deserves to be shared. We’re hoping to release the ep I mentioned earlier, a fuzzy 90’s ep, a jangle pop single, a split, the true first album we never got around to working on and maybe some video’s.

Q: Any parting words?
We really appreciate the interview so thanks reading.
*
*
*
Thanks