The Fairest of the Seasons with Teething Veils - An Interview 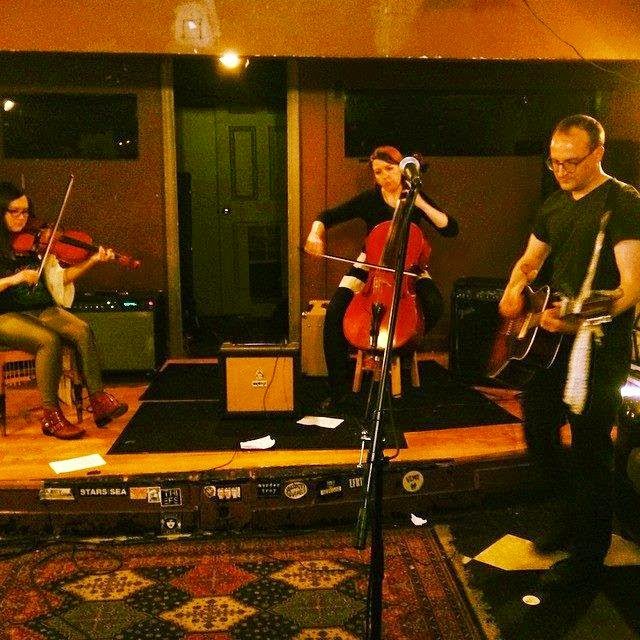 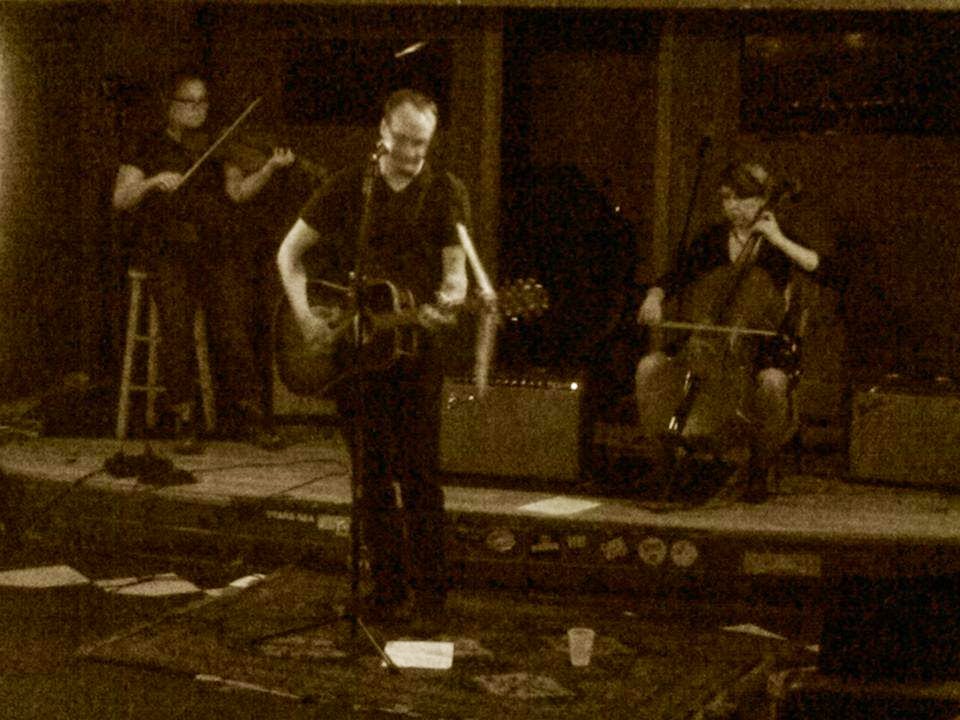 Q. When did Teething Veils start, tell us about the history...
Greg: Teething Veils took on that name in 2006, but its origins go back to at least 1999, when I was looking through a catalog from a Marisol Escobar exhibition and saw two wall pieces, “M.Marisol” and “Veil.” She’s better known for her woodblock and plaster sculptures of political and pop culture figures that she made in the 60s, though by the early 70s much of her work had evolved dramatically into these multiple series of introspective, self-examining, often unsettling works on paper and smaller sculptures. “Veil” has a mold of her face surrounded by text that reads like the small-talk that people make at art openings, but her eyes are closed and her hair is in matted clumps. I read it as self-preservation and living on one’s own terms regardless of social roles and expectations. “M.Marisol” is another wall piece, a face with closed eyes and razor-sharp teeth. When I was writing songs for my former band The Antiques, there was one called “Chutes and Ladders” which is about getting away from the world and taking refuge in art, books, movies, and music, and the line in the song ‘kissing a teething veil’ is about the intimacy of our relationships with these things.

Fast-forward a few years to 2006, and I began making barer recordings of Antiques songs outside of the band, and gave these recordings the name “Teething Veils.” The name is related to a hybrid of those two Marisol wall pieces, but more generally the name is about how songs grow from conception onward. The songs are ‘veils’ because they give their wearer or writer choices of what we reveal or conceal. My story, in each song, is only one telling among countless others. I may even have a very different telling of it on a different day or in a different year. The song at one stage is set into stone as a recording, but the world continues to move and we change and view our own writing through a different lens. So, “veils” is also to acknowledge that another person who lived the song will likely have a different telling of it, and will be able to choose to reveal and conceal different elements of the same story. The songs are “teething” partly because of how young they are when they’re usually recorded, and how they continue to grow long after being recorded. Growing their own teeth lets them feed themselves with somewhat less help from the people who birthed them. Teeth are for feeding, but they’re also for protection from predators, and they’re also for speech and communication.

But I didn’t write the first Teething Veils ‘original’ songs until 2009. By the end of 2011, I’d written our first album “Velorio” and it was clear that there was no possibility that I would want to record this music on my own, so we formed a band to make the record, and that evolved into a live band to play shows, and a variation of the band made the second album “Constellations,” and now that we’re readying ourselves to make the third album, we seem to be in a place of momentum with our cello/viola/guitar trio for the shows we’ve been playing lately, and with the larger 7-piece band who are making the next album.

Alexia: I was invited to record on Velorio in the beginning of 2012, which started my journey with Teething Veils, though I'd collaborated musically with Greg for years previously. We first met in 2004 when we played in a synth rock band called Soft Complex, and remained friends ever since.

Hannah: I have known Greg since 2005, or so, when I was playing drums in a band called School, and he was in The Antiques, and we would sometimes go to each other's shows. 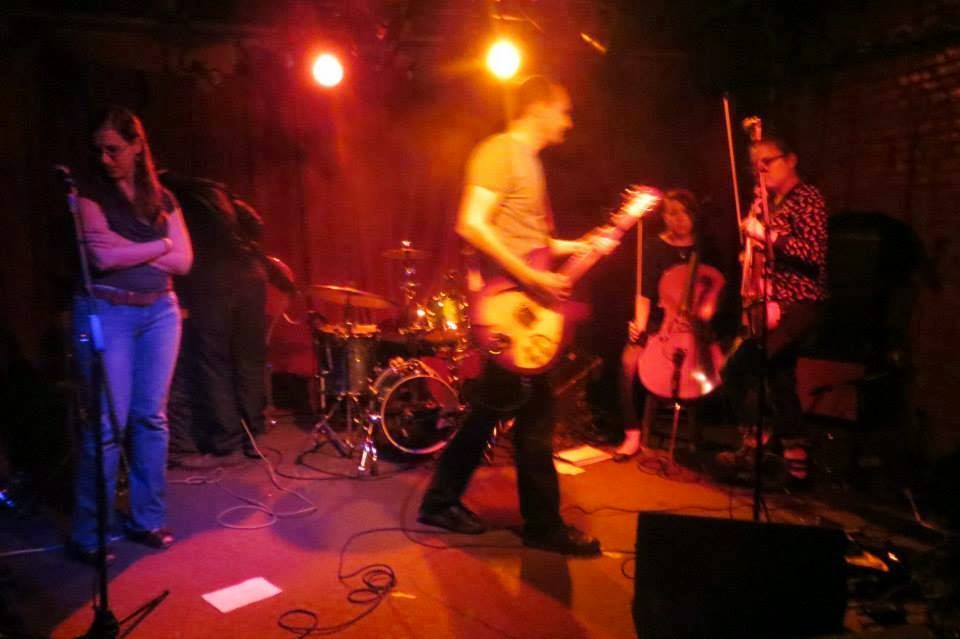 Q: Who are your influences?
Greg: However much anyone’s been an influence is better judged by others, but I do know whose output has been the most important for me over the longest stretches of time. For their songwriting: Kristin Hersh, Phil Elverum, Leonard Cohen, Francoise Hardy, Tom Waits, Morrissey, Paul Weller. For their building of recordings: Phil Spector, The Bomb Squad, Joe Meek. For their playing: Johnny Marr, Kristin Hersh, Emma Anderson, Neil Young, Nina Diaz, Jacqueline du Pre. For their singing: Timi Yuro, Edith Piaf, Neil Young, Ronnie Spector, Dusty Springfield, Judy Garland. For their whole approach to making things: Marisol Escobar, Kate Chopin, Henry Darger, Saint Orlan.

Q. Make a list of 5 albums of all time…
Alexia: My answer to that could change depending on the day and mood, and it's really hard for me to say a top 5 at all (I'd rather do a top 20)... but for this moment I'll say Bjork Homogenic, The Knife Silent Shout, Jacqueline Dupre Favourite Cello Concertos, Nirvana Nevermind, Radiohead Hail to the Thief. Basically if I can think of an album and vividly feel how I felt when I first heard it, like a wave washing over me, that is powerful to me. This list is really a lot longer.

Greg: The Smiths The Queen is Dead, Kristin Hersh Hips and Makers, Pulp This is Hardcore, The Ronettes Presenting the Fabulous Ronettes Featuring Veronica, The Pogues If I Should Fall From Grace With God (which is all-even with The Microphones The Glow Pt. II and Public Enemy Fear of a Black Planet).

Hannah: I had a hard time choosing so here are some "random" favs out of my top 50 or so. Diane Cluck Oh Vanille, Mount Eerie Lost Wisdom, Ariel Pink's Haunted Graffiti House Arrest, The Visitations Conundrum Tree, Magnetic Fields i, Archers of Loaf All The Nations Airports, Earth Angels of darkness, Demons of light I & II, We are Hex Hail The Goer.

Q. How do you feel playing live?
Alexia: Playing live with the current formation of Teething Veils (cello, guitar, viola) is a relatively new experience, but really nice. It is intimate, introspective, delicate, energizing.

Q. How do you describe Teething Veils´ sound?
Greg: This is best described by others who have a better perspective on what they’re hearing than I do, but my best guess is that we’re a chamber pop band who sometimes take our time in getting to the point. 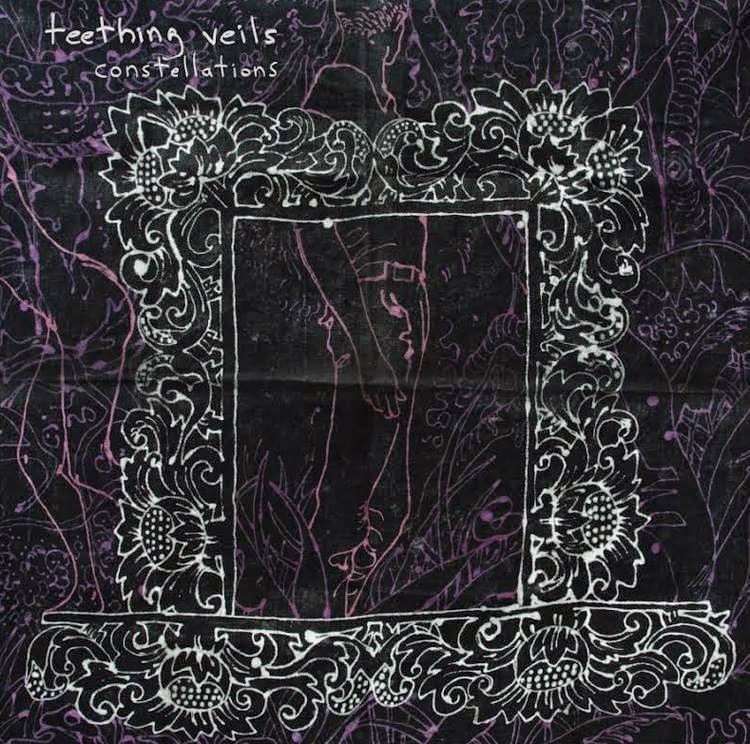 Q: Tell us about the process of recording the songs?
Greg: It’s changing. Making our first album Velorio, we kept a light-hearted atmosphere through most of the recording, eating well and hydrating, documenting this rather lengthy body of songs. There were a dozen people making that album. What was remarkable to me was how every last person involved maintained a level of enthusiasm that made it easy to move the recording along. We recorded the drums before anything else, and then continued with the foundation from there, layering the songs brick by brick. We worked on it for a fairly long period of time, starting on December 24 and ending on July 28, though a lot of that time was spent either waiting for our lives and schedules to line up so we could pick up where we’d left off, or solving technical troubles with the equipment. The actual recording days were fairly smooth. A smaller group of us made our second album Constellations over the course of a few days. Our third album is now written, and a band of seven of us are practicing the songs and finding how we want to present them. Rather than building it piece by piece like we did with “Velorio,” our plan is to record it largely live as a band. This will also be the first time that we’ve recorded outside of Empress of Sound, our home practice and recording space. We’re beginning to iron out those details.

Greg: There are a number of newer bands in DC who I’m really fond of. Warm Sun (https://www.facebook.com/pages/Warm-Sun/1423569364568676), Frankie and Betty (https://www.facebook.com/FrankieBetty), The Red Fetish (http://alejandrocastano.bandcamp.com/), Ice Kittens (https://soundcloud.com/icekittens/), The Effects (https://theeffects.bandcamp.com/), and Harness Flux (https://soundcloud.com/johnnymetro-1/sets/harness-flux) are my favorites of the past year.

Q: Which bands would you love to make a cover version of?
Hannah: I'm hugely into covering Galaxie 500 songs.

Alexia: I really love Nico and The Velvet Underground. I could see us doing a beautiful arrangement of "The Fairest of the Seasons."

Greg: I’d like to touch on certain Into Another songs, for the ideas and how they unfold so cinematically.

Q: What´s the plan for the future....
Alexia: We're planning to make a video soon, and working on parts and arrangements for our next album.

Greg: We’re starting to get comfortable and settle into the songs for our next album. We were just getting to know one another musically when we made Velorio and Constellations, but now we have this familiarity with each other and we’re getting to know these songs more as a group, and the songs are growing somewhat differently because of that. Instead of growing all our own plants and showing up to meet each other at the terrarium at the 11th hour, this time we’re using the same sod in the same place at the same time and growing our plants slowly.

Q: Any parting words?
Greg: Thank you, Renato, for taking the time to talk with us.
*
*
*
Thanks