MenschMaschine with File not Found - An Interview 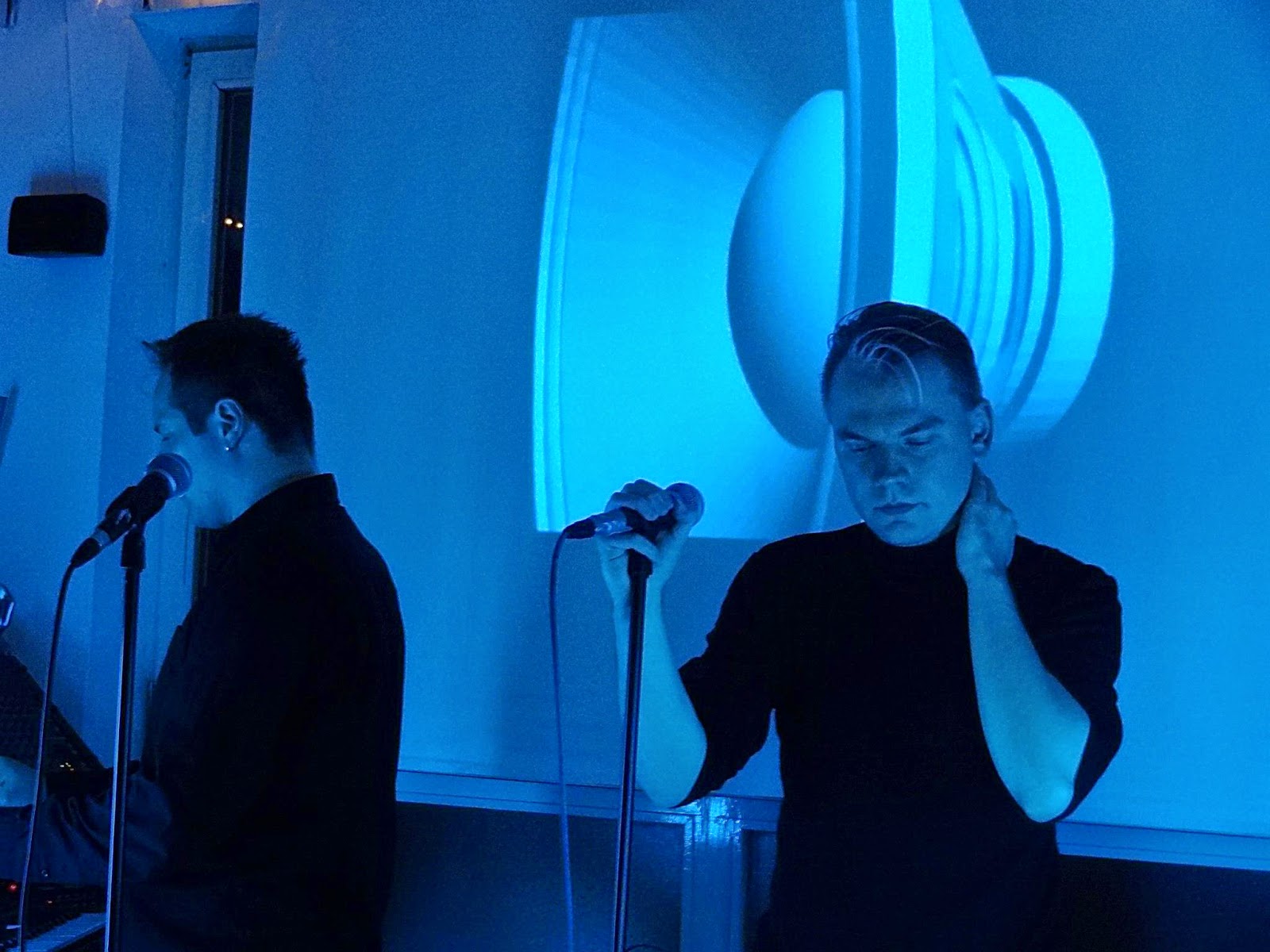 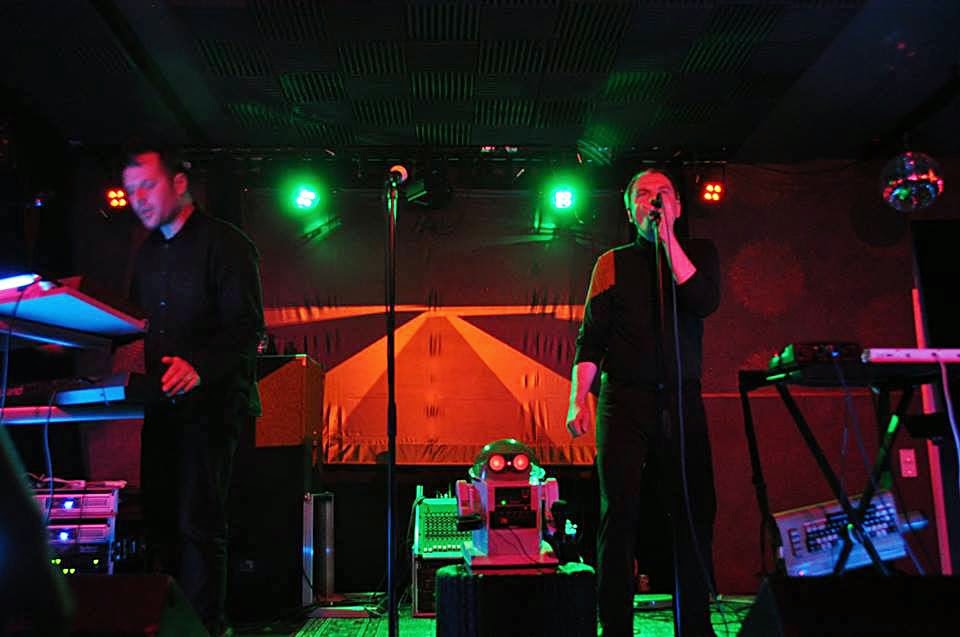 Q. When did File not Found start, tell us about the history...
Daniel: I think it started in 1997. Martin and me exchanged some tapes with our recordings and it turned out that we had almost the same taste in music. Each one of us had some synths and equipment and so we had some recording sessions. Our first songs were quite minimal, during this time our other project „we.“ emerged. But there were also some rather melodic songs, like those „typical“ File Not Found tracks. So we started another project, „File Not Found“.

Daniel: I've been strongly affected by the music of computer games, especially by the sound of the C64. I often played all those games only to listen to the great music and sound effects. Furthermore there are Depeche Mode, The Cure, The Beatles (yes!), Kraftwerk, Gary Numan, A Flock Of Seagulls and some more. Of course this all means inspiration to us and more or less you can find some of these influences in our music.

Q. How do you fell playing live?
Martin: Still quite "uncomfortable": - ) still thinking about - Ahhh – what are the lyrics...!?!? still thinking about which gear is about to break (again) and in which "delicate" situation!?! still wondering if the people are really here to see us!?!?!

Daniel: Everytime on stage I'm quite surprised by the happy reactions of the audience to our show. Maybe they like all those gimmicks and toys or our special kind of humor... or is it the music?! anyway it seems that it's alright what we do...

Q. How do you describe File not Found's sounds?
Daniel: It's difficult to describe... well, maybe it's the catchy melodies in many of our songs, garnished with some noisy FX and sounds of old electronic toys like the Speak and Spell. I also think most of our songs have a certain rough edges character 'cause we don't attach much importance to the producing and mastering process of the songs. It's the idea and the atmosphere that counts... 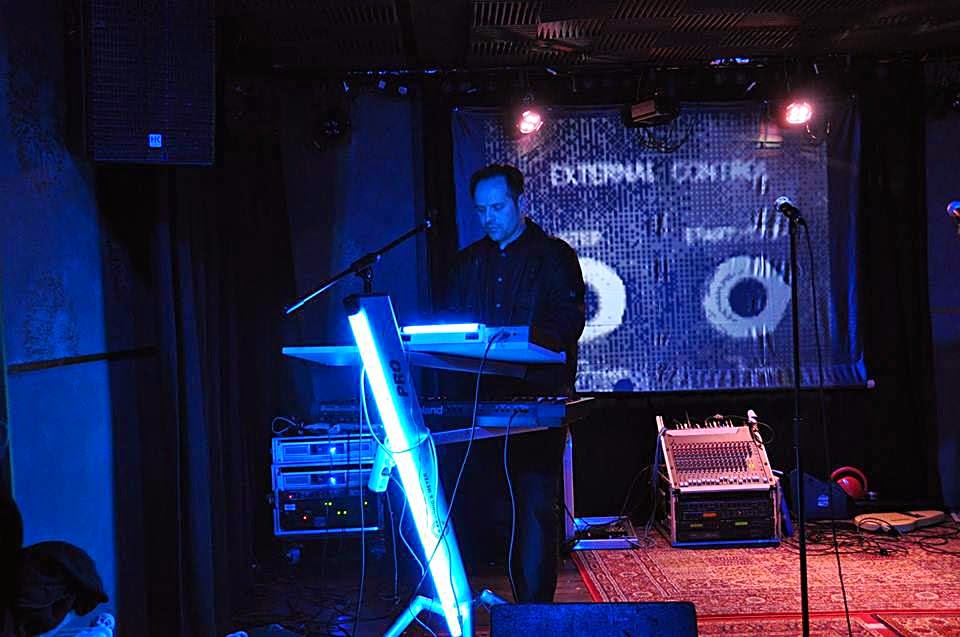 Daniel: Sometimes Martin gives me some fragments or sound patterns which he recorded in his studio. Then I compose and arrange them in my studio to a complete song, and vice versa, I have some sequences or almost finished arrangements and Martin adds some noise or special FX or does the vocals and so on. There's no certain process when we record a song. If you want you can say that Martin is the man for turning the knobs and creating some weird noise, while I rather like to do some arrangements and play some melodies. Overall we complement each other in a very good way.

Q. Which new bands do you recommended?
Daniel: I must admit that I unfortunately don't have enough time to discover more new bands and their music but recently I've mostly been listening to M83 and Vendome.

Martin: New Bands? I'm so busy 'cause I find so much old bands I've never heard of till now. But I'm very glad that Andreas Sippel (the Synth-Guru from the former Band: "Second Decay") recorded some new Songs for his new Band "Vendome"; he released a six-track EP, and hopefully he will release the whole Album very soon. I'm pretty curious about it.

Q: Which bands you love to made a cover version?
Martin: It must be a song that isn't a typical "electronic" one – so I think about songs from: Foreigner, Saga, Robert Tepper or Russ Ballard

Daniel: The only thing I can say about this is that I would NOT love to make any Depeche Mode cover version...

Q: What´s the plans for future....
Daniel: We're currently working on new songs and hope to release a new album, but we definitely can't say WHEN... music is our hobby, but family and work is more important of course, and so unfortunately there's not much time left for music... however we're trying hard to keep at it!

Q: Any parting words?
Daniel and Martin: Thank you very much for the interview, good luck with your blog and many greetings from Germany to Bazil!
*
*
*
Thanks guys