Pink Frost with DulceSky - An Interview 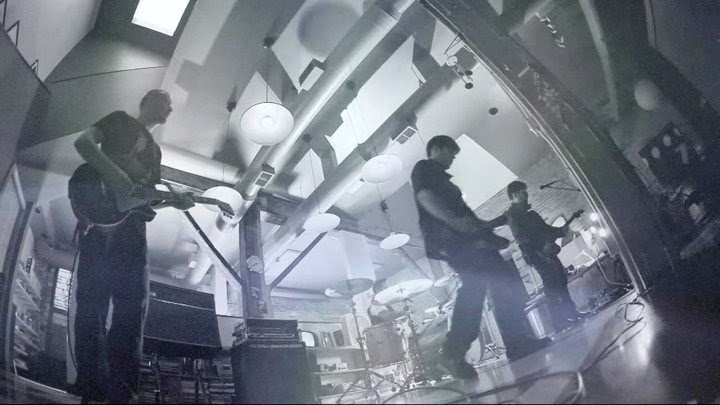 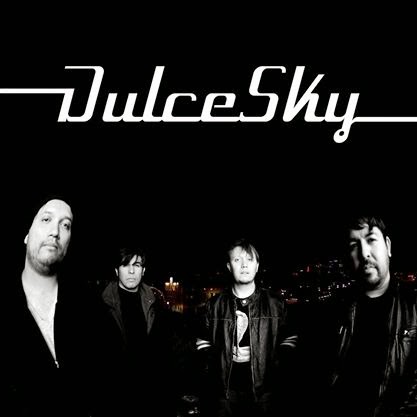 Q. When did DulceSky start, tell us about the history...
The name DulceSky has been floating with me since the mid 90s and I tried to insert it to different projects that never went anywhere. Finally in 2002 after another failed line up, I told my brother Daniel who played a little guitar, if you want, you can join the band, but you are going to have to play bass. He said yes and, and he and I have been the main engine of DulceSky since, with a few members coming and going. In 2003 we released our first EP, “Film” on Eden's Watchtower Records. Our debut album “Lands” didn't happen until 2006 which has been our most successful release to date. Later we covered a song by Ride, “Unfamiliar” which we turned it into an EP with 3 more songs. Then came “Invisible Empire”, our second album which had great reviews, but we didn't promote it much. We've released a couple of singles since and our latest effort is the “Awake and Arise” EP.

Q: Who are your influences?
Many. The other day I was making a mental list of bands that are always present as a reference and influence: The Cure, The Church, Catherine Wheel, Depeche Mode, JAMC, The House of Love, Talk Talk, Pale Saints, Failure and Soda Stereo.

Q. Make a list of 5 albums of all time…
Hard to narrow it down to only 5, and it can change tomorrow, but today I could say: “Bloodflowers” by The Cure, “Violator” by Depeche Mode, “Chrome” by Catherine Wheel, “The Spirit of Eden” By Talk Talk, “Dynamo” by Soda Stereo.

Q. How do you feel playing live?
We love playing live. We make a big deal out of it, trying to put the best show possible with the resources available. We haven't played live as much as we would like to lately, but we want to remedy that.

Q. How do you describe DulceSky's sound?
Another hard one. I think we have a signature sound, that we are trying to solidify even more. One of the last pieces written about our music said we were a “Dream Rock” band. I liked that description. We are basically are a rock band, but with dreamy, floaty atmospheres. 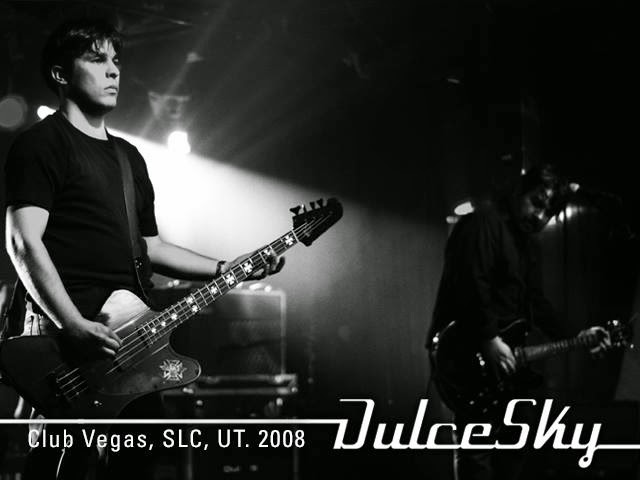 Q: Tell us about the process of recording the songs ?
It varies, but we usually go with a very clear idea into the studio, with some room for experimentation and refinement of the songs once we get there. We've been doing some home recordings lately. “Awake and Arise” and “Don't Ever Fade” were recorded in my home studio.

Q. Which new bands do you recommend?
We've shared the stage with Vibragun from Seattle a couple of times, and they are somewhat new and have great shoegaze music.

Q: Which bands would you love to make a cover version?
Many, I would like to one day to record an album of covers of our favorite songs. I'm thinking The House of Love, Depeche Mode and Soda Stereo to start.

Q: What are the plans for the future....
We are writing an album right now and we have a concept for it that we are still expanding. We would like to have more film to our music, and then once the album is out, play everywhere we can to promote it.

Q: Any parting words?
I can say many things, but it's all about the music at the end of the day. Visit our Sound Cloud page (www.soundcloud.com/dulcesky) and check out our videos on YouTube (just do a search for DulceSky). Our most dynamic way of communicating with people these days is via our facebook page (www.facebook.com/dulcesky). Thanks for the interview and the opportunity and much success to you and your blog! Thank you.
*
*
*
Thanks