After The Lights Go Out with The Flies - An Interview 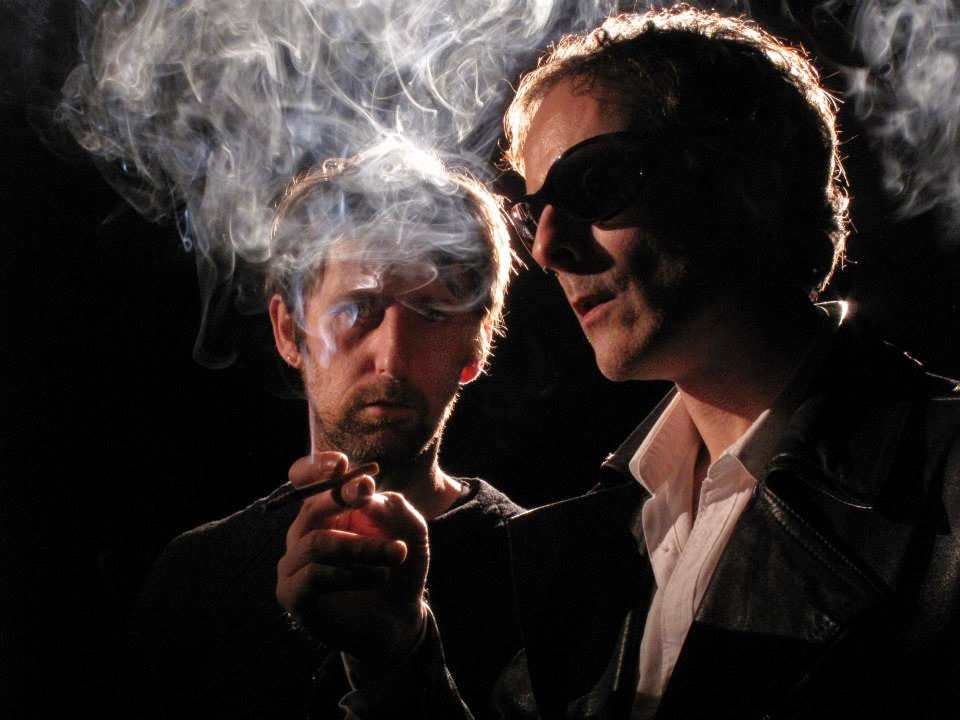 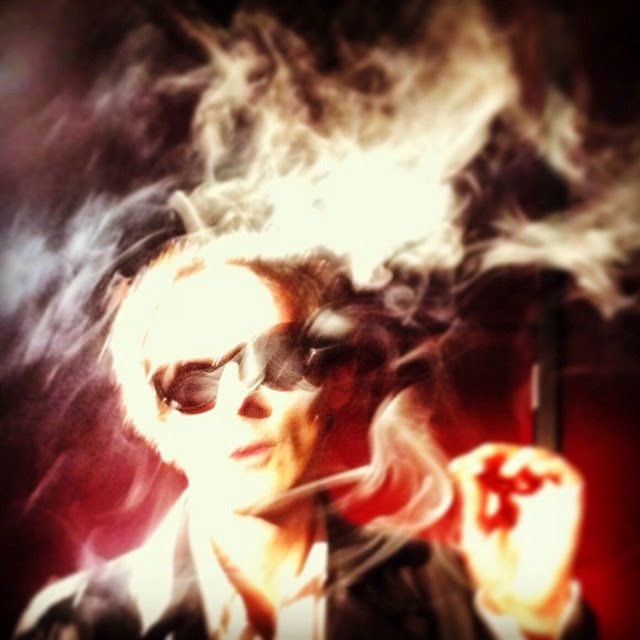 WHEN DID THE FLIES START? TELL US ABOUT THE HISTORY.
The Flies began when I began working with production team The Insects…I can’t remember exactly when that was but I guess it must have been around 2004. I had spent most of the 1990’s playing bass with Spiritualized and after that I’d been on bass and vocals with Lupine Howl as well as session work with Massive Attack and Elizabeth Fraser amongst others. The Insects had spent many years writing film and tv soundtracks but had also been involved with writing and production duties for Massive Attack.

Bob (Locke) and Tim (Norfolk), aka The Insects had a few ideas that had initially been written for soundtracks but never used and they felt they would work well with vocals. I began laying vocals on these tracks and it seemed to work well so we began to treat the work as a project to see where it went. Casually, over a couple of years we would meet up to write and record and eventually found that we had a fair amount of material…selections from this material became The Flies first LP, ‘All Too Human’ which we released in 2007.

Shortly after the release of All Too Human I began to work more with Andy Spaceland who was previously a core member of Alpha but has also worked with Butch Vig and Mark Stewart (The Pop Group). The Insects had a lot of soundtrack commitments to fulfil so were unable to devote as much time to The Flies so Andy and I began work on a bunch of stuff for a second LP.

Given that the music business doesn’t really pay anybody to make albums anymore, both Andy and I had to fit writing and recording in between stuff that actually pays. It took some time to get a collection of tracks together (with session work etc getting in the way) but eventually, with help from long time collaborator Damon Reece (Massive Attack, Spiritualized) on drums, we got there and completed the second LP, ‘Pleasure Yourself’. ‘Pleasure Yourself’ was released in September through our friends’ label Library Music Recordings.

WHO ARE YOUR INFLUENCES?
The Flies have a wide range of influences which manifest themselves in different ways over the two records we have released to date. The first LP was influenced a little more by 60’s girl groups and exotica than the 2nd record although those influences are found on the second record as well. The more orchestral sounds of Roy Orbison and Scott Walker amongst others probably play a bit more of a role on the second LP but, having said this, both records include elements which span the history of rock n roll from 50’s rockabilly and country through to electronica.

MAKE A LIST OF YOUR TOP 5 ALBUMS OF ALL TIME
O dear…this is difficult! I’m not a big maker of lists and find it very difficult to reduce all the music I know and own to a list of 5 favourites. Also albums are often not easily comparable between genres and when you go back to the 50’s and early 60’s the LP format was not the driving format that it later became so great acts like Roy Orbison and Little Richard lose out in ‘top ten album’ lists despite the fact that their overall catalogue is great. My mood also dictates what I think is great at any given time.

Having said all this I’ll have a stab at a top 5:

HOW DO YOU FEEL PLAYING LIVE?
We like playing live and have a great live band at the moment with Damon Reece (Massive Attack), Alex Lee (Goldfrapp) and Guy Fowler (The John E Vistic Experience) joining Andy and I on drums, guitar and bass respectively. We have surprised ourselves at how well we can re-create/translate the big orchestral sound of the LP in small clubs with very minimal facilities and production possibilities. Unfortunately, at least here in the UK, the fees you get for playing live are so low that they come nowhere near covering the costs of doing the gig which renders any extended UK live campaign impossible. 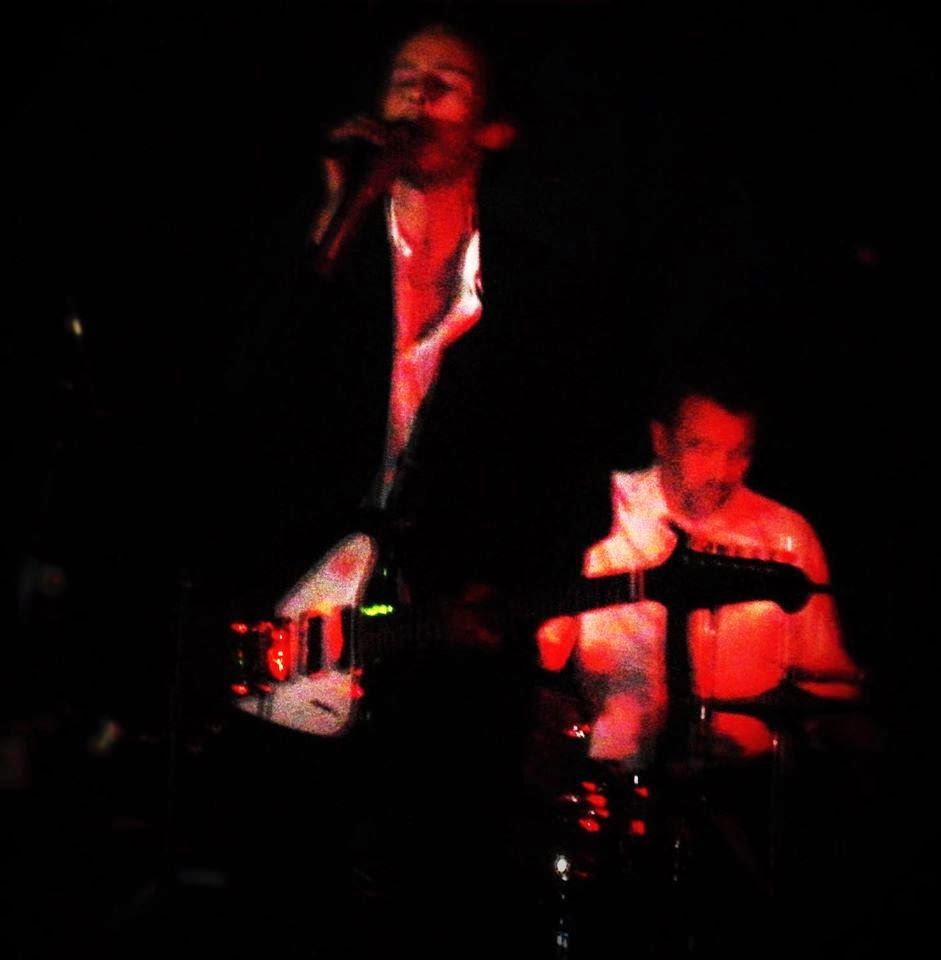 TELL US ABOUT THE PROCESS OF RECORDING THE SONGS
Our recording process varies according to what tracks we are working on but we do record everything at our facility in Bristol. The process is often spread over long periods of time simply because we have to make money to survive and this gets in the way of making The Flies records. Basically Andy and I will construct and record the basics of the songs and pretty much play all of the instruments. If the track requires a full drum kit, Damon Reece comes in and lays down live drum takes and often some percussion and we may get some string players in if we feel the track needs it (an we can afford it!). Essentially we write very simple songs and then fuck them up in various ways.

WHICH NEW BANDS DO YOU RECOMMEND?
Mmmm…sorry, I can’t think of any.

WHICH BANDS WOULD YOU LOVE TO COVER?
Strangely enough we actually have an EP of cover versions coming out soon featuring covers of Screamin Jay Hawkins, Elvis and The Carpenters. We are always thinking of tracks to cover but rarely get round to doing it. I’d quite like to have a go at ‘After The Lights Go Out’ by The Walker Brothers and I have also done a home demo of ‘A man Needs A Maid’ (Neil Young) which I’d like to flesh out at some point.

WHAT ARE THE PLANS FOR THE FUTURE?
As I said, we have an EP of cover versions ready to go which should be out early next year. We have a film of the band playing several tracks from the new LP live in our studio coming out too, a taster of which, ‘Into The Night’ has just been uploaded to you tube. We have plans for a vinyl release of our 1st LP and there are a couple of gigs in the early new year. We already have quite an amount of material for LP 3 and plan to add to this in the hope of having a new LP release to release in Autumn 2015.

PARTING WORDS
Thanks for the opportunity to get the word out in Italy and if any promoters out there want us to play out there we’d be right up for it. You can buy our current LP and back catalogue in various formats at www.librarymusicrecordings.com and visit www.thefliesmusic.com for information on the band and links to all our social network sites and our you tube channel.
*
*
*
Thanks