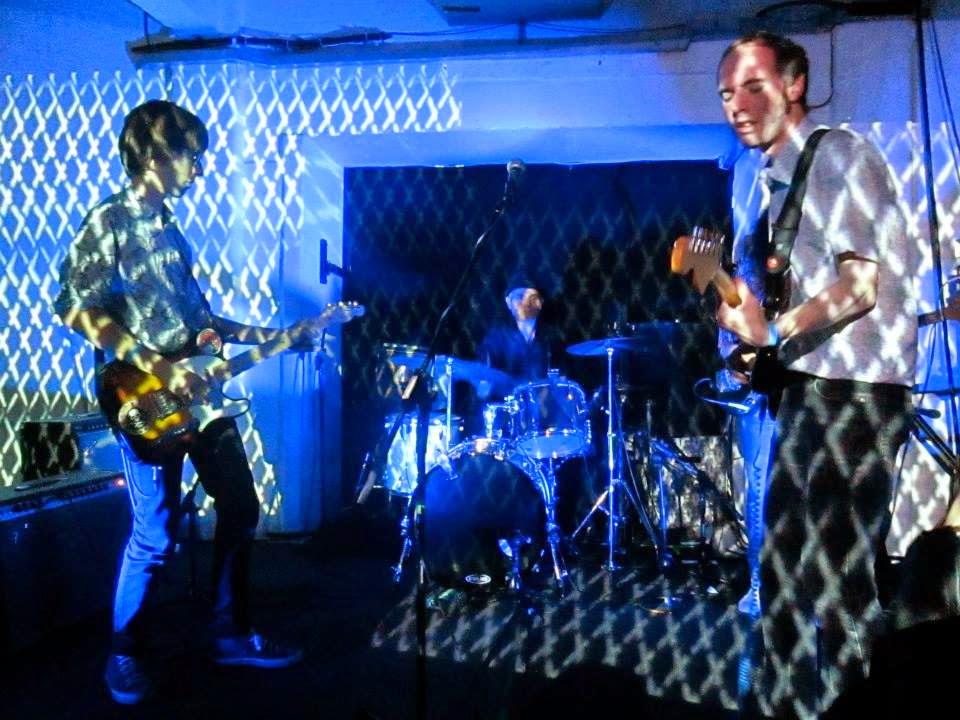 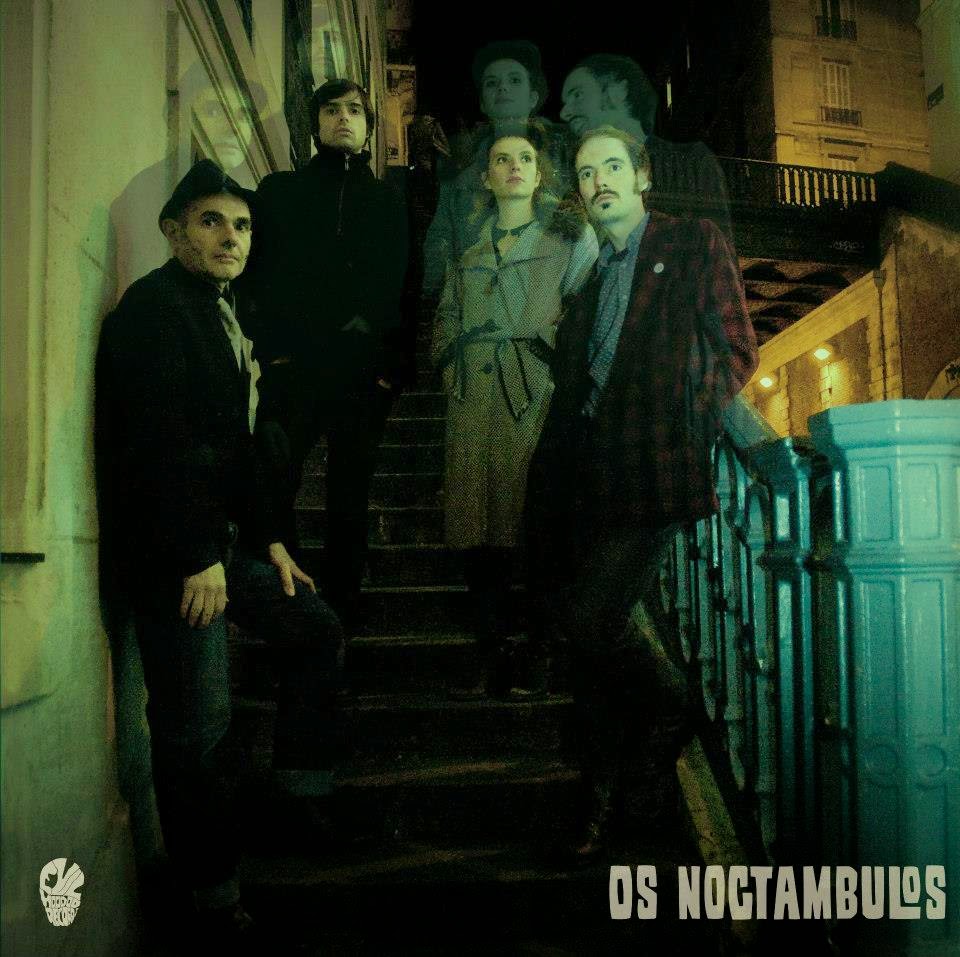 Q. When did Os Noctambulos start, tell us about the history...
Hey Renato, thanks for taking time to ask us a few questions!

Os Noctàmbulos formed in Paris at the end of November 2012. Coline (Bass) and I (Nick) had moved to Paris together in September 2012 and i really wanted to start playing music with a band again after a year just recording for a solo album, 39th & The Nortons.

Coline and I had played together in The Jesus Loves Heroin Band and on our first tour in France we met Baldo (Drums) who was then playing for The Carpet Sellers, he got us in to their gig for free supporting The Standells the same night our gig in Paris got cancelled. We met Valentin (Lead Guitar) later on the same tour in Le Mans, he was playing with Elvis... a really cool surf band. They were the first two people we thought of when we moved to Paris and luckily they were both free to play with us, even if Baldo was in four other bands at the time.

Q: Who are your influences?
The biggest influence on my songwriting has to be Gene Clark & Greg Cartwright, for me, the best songwriters past & present. These artist never disappoint over the many records they released and always put emphasis on lyrics & melody. Then there is Gram Parsons, Gorky’s Zygotic Mynci, The Human Expression, The Seeds, Boy Dylan, Neil Young, Townes Van Zandt, Sly & The Family Stone, Baby Huey, Lambchop and on and on…

Valentin loves alot of the modern garage bands such as King Khan, Ty Segall, Thee Oh Sees & Black lips and used to play in a great surf band called Elvis... so that's where his phrenetic guitar playing style comes from. The Sonics and Link Wray are two other artists he takes his guitar influences from. Coline is influenced more by Soul music and Nuggets/Back from the grave compilations. Baldo, from all of his previous bands, could be called a revivalist but he listens to all kinds of music and can find the positives in any style. He's the most melodic drummer i've ever played with.

We all listen to lots of different music and we’d really like to distance ourselves from the revival scene, we’re not looking to revive anything, we’re just trying to be ourselves and are looking forward to seeing how our music evolves. When we first got together the idea was to make a garage band, we recorded our debut Split 12” and Corsica Garden after 8 months of being together and I think after this time we have developed as musicians and now believe we can push things further than just being a garage band, we’ll see.

Q. How do you feel playing live?
We’re starting to have real fun playing live, every show we really go for it and so far, usually depending on how much time we’ve been able to practice before the show, we have had mixed results. We’re in a constant state of evolution live as we’ve never settled on a set list and now have over 30 songs to choose from. Valentin and I are always pushing to play new songs too but I think over the next few months we’ll just try to find a group of songs that work well live so that we can make sure we nail the set every time we play. Apart from Baldo we’re not so experienced at playing live but after every show we’re feeling more comfortable and confident. 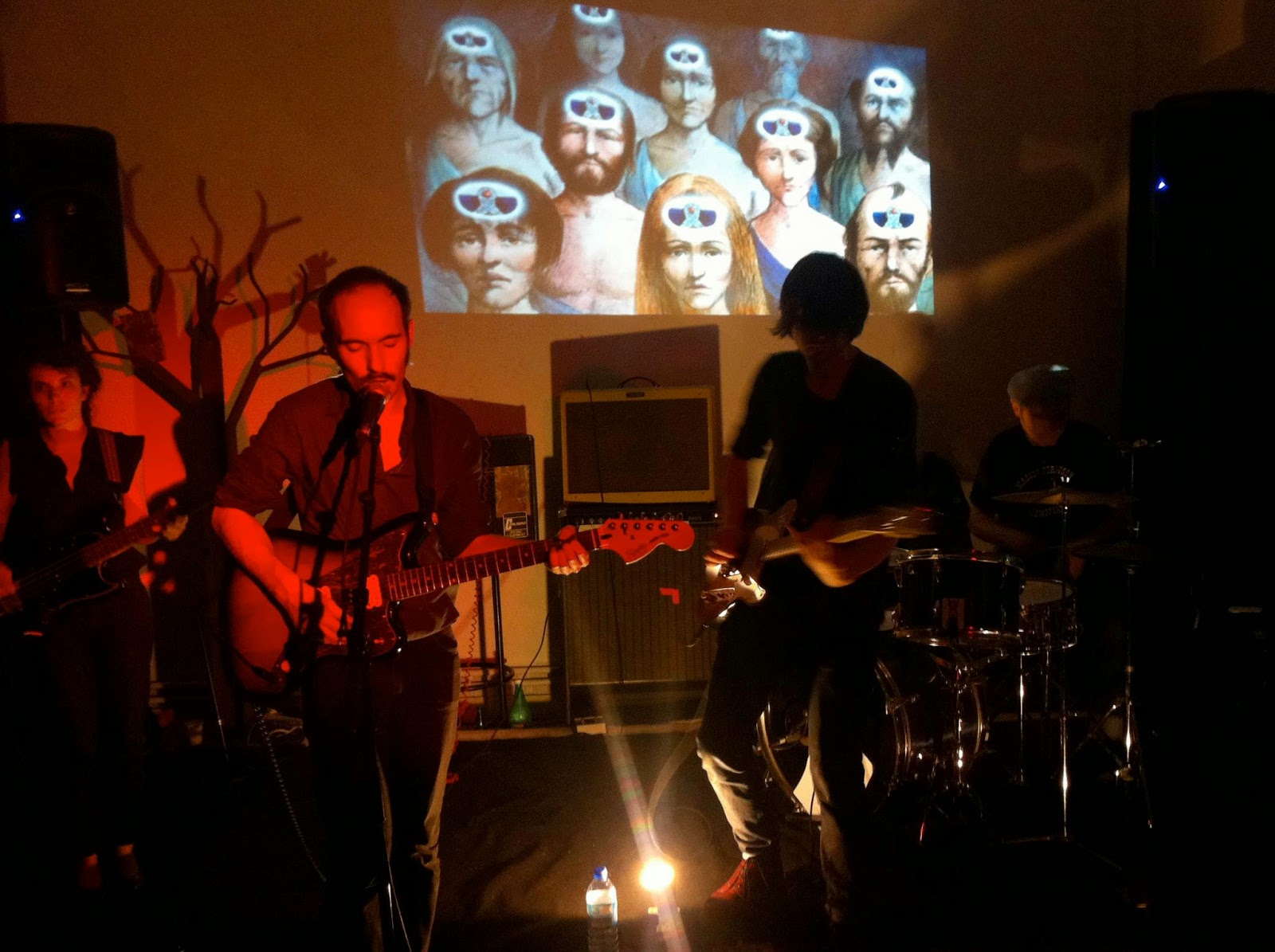 Q. How do you describe Os Noctambulos´ sounds?
Country, soul songs played by a garage band with lots of reverb.

Q: Tell us about the process of recording the songs ?
We’ve recorded three times so far. The first two times we recorded at Baldo’s home studio in Massy-Palaiseau. At the studio there are really great amps, a Vox and a Fender Twin Reverb, a Fender Bassman and lots of vintage drum kits. We began by recording everything live onto ½ Reel to Reel and afterwards overdubbed vocals, organ and piano. We used this process to record the 16 songs on our Split 12” & Corsica Garden in 2 days July 2013. We did the same for tracks ‘I Arrived’ & ‘I Can’t Do It’ used for a compilation called Vegetarian Meat on Stolen Body records but this time we used the Twin Reverb for vocals too. I produced all these tracks but I always send them to be mastered by MJ of Hookworms, he has a studio in Leeds called Suburban Home Studios and he does great work there.

Next, we had a day off in Toulouse on our French Tour in October 2014 so we asked Lo Spider if he was free to record a couple of tracks in his studio, Swampland. I’d heard a lot about his work so I wanted to check out how he produced records in a completely analogue studio. It was great, we recorded two straight ahead garage/freakbeat songs ‘Outsider’ & ‘Watching You’ which didn’t really fit with the sound on our next album. I got to play on a Farfisa and use Space Echo for the first time so I was really happy and the songs sounded great too. We’re just waiting for the final masters to come back.

We’re going back into Corsica Garden this December to record our 2nd full album, hopefully out around May 2015. 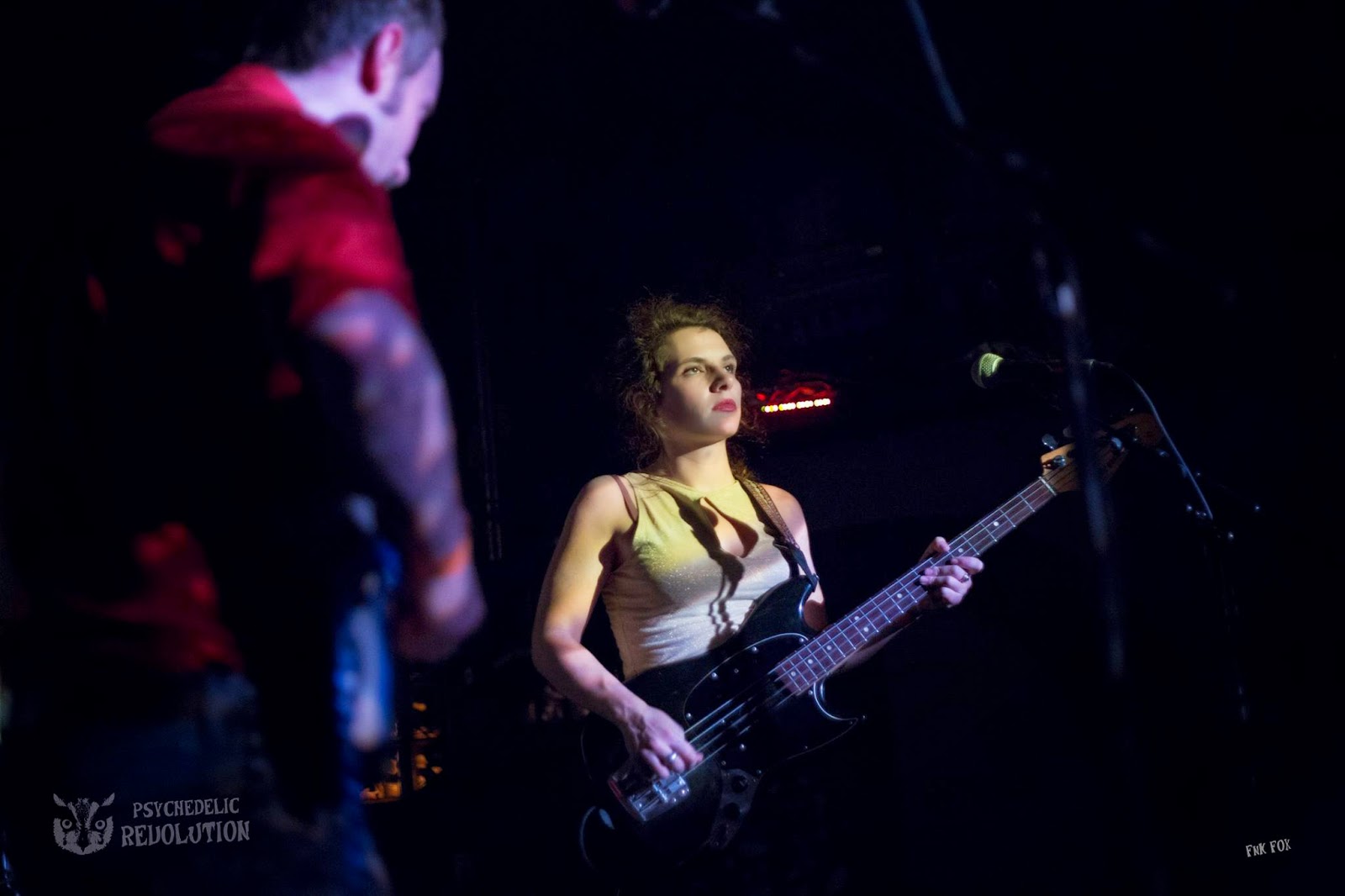 Check out Destination Lonely too, amazing garage from South of France, I saw these last year and didn’t even recognize Lo Spider played with them until after the recording in October, we were talking about bands and I was saying how great they were and he was like ‘I play in Destination Lonely!’ he does have a very forgetful face though haha

Q: Which bands you love to made a cover version?
I’d really like to cover The Malibu’s ‘Cry (Over Her) with Coline on vocals, I think she could really nail that song live. ‘Orphan Boy’ by Half Pint & The Fifths would be cool too. I’d also love to cover ‘If You Can’t Give Me Everything’ by Reigning Sound and ‘Cracking Up’ by Jesus & Mary Chain but weirdly enough I think one of Baldos other bands has just started to play that live so that one is out the window.

Q: What´s the plans for future?
We want to release the Outsider/Watching You single on a French label so we get a bit more recognized in France, people think were an English/American band still every time they see us and in reality we are 3/4ths French and formed in France too.

As I said earlier were recording our 2nd album in December and maybe we’ll be recording more songs for another Split 12” later next year too. And we really want to get to Bristol Psych Fest next May so maybe a mini tour of England around then too.

Q: Any parting words?
Thanks for spreading the music of Os Noctàmbulos and as always; support your local music scene
*
*
*
Thanks guys