Dark Entries with Veil of Light - An Interview 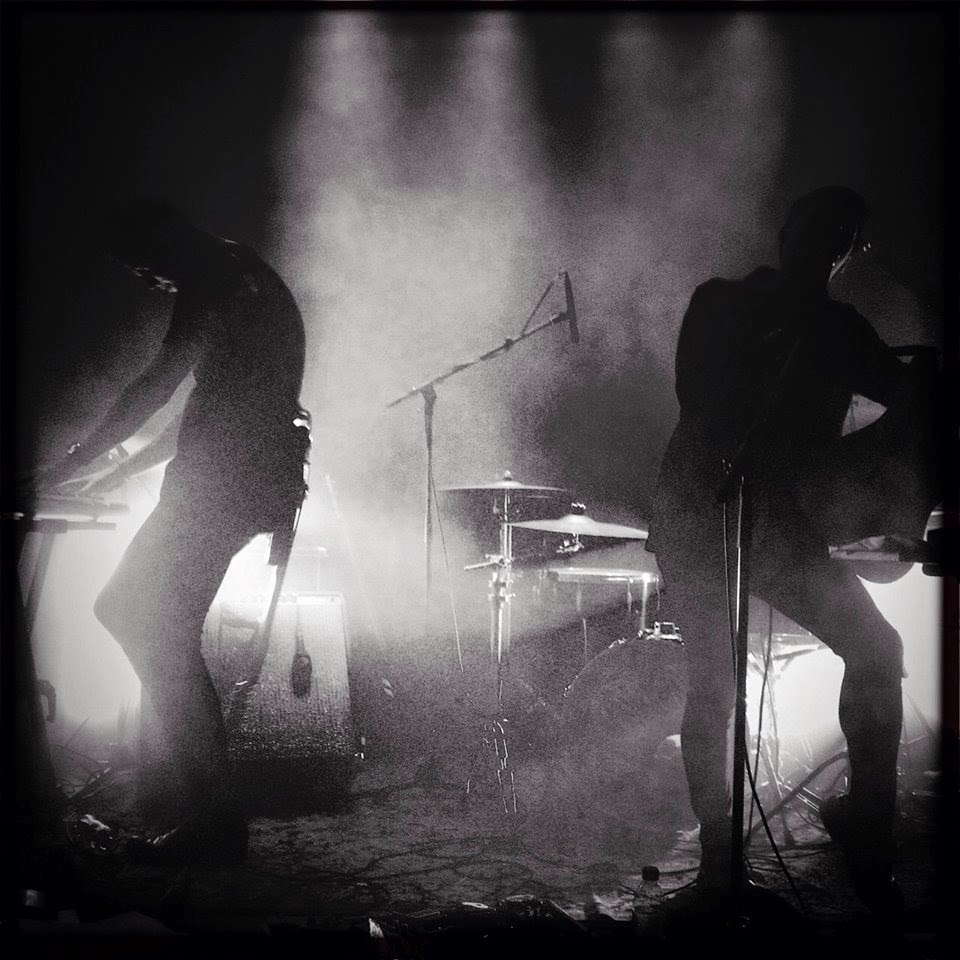 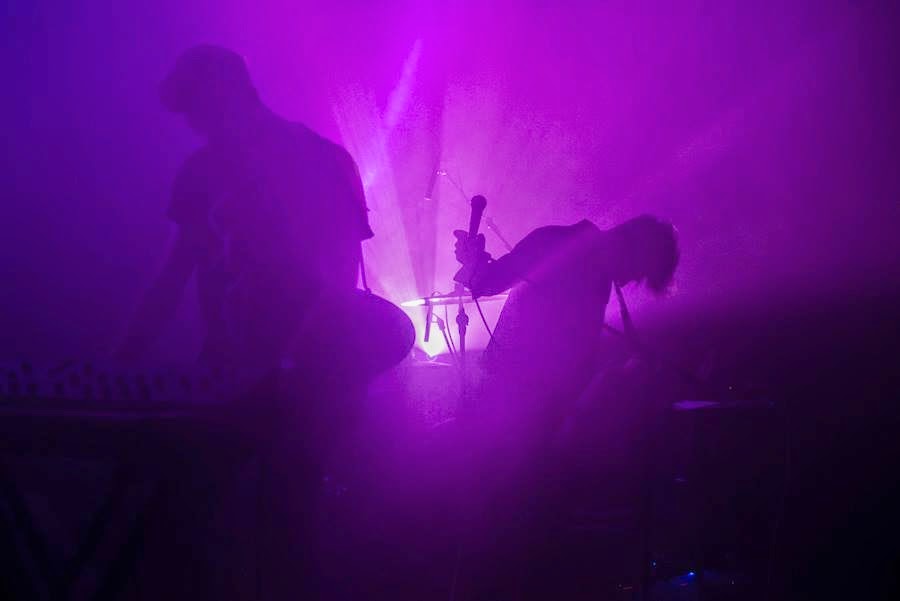 Q. When did Veil of Light start, tell us about the history...
I've created the band as a solo-project in late 2012, where I recorded the first songs which later became my debut release. All tracks were written, performed and recorded all alone in a bunker at the border of Zurich. The debut EP »Veil Of Light« was released by Swedish industrial wave label BELÄTEN in May 2013. The tape was characterised as »six songs of ice cold gothgaze splendor« and it sold out in less than two months. The follow-up »Cold Skin« was released in late November by Swiss label EDITION GRIS in form of a 7" single containing two songs, combined with two digital bonus tracks. My songs were also featured on various compilations for example on Let's Peter Out Compilation, the Scrap Mags TSM 0004 etc.

And finally my debut LP Ξ hit the streets in November...

Q: Who are your influences?
Of course classic cold wave and post-punk bands influenced me a lot, but on the other hand I also draw my inspiration from psychedelic bands and music as well as industrial and shoegaze.

Q. Make a list of 5 albums of all time…
I can't give you a Top 5 since this is extremely hard to choose and is depending on the mood. But I do have several records I'd say changed my life but are not automatically my Top LPs of all time. Believe it or not, Wu-Tang Clans “Wu-Tang Forever” and Pink Floyds "Final Cut" had a huge impact on me when I was a kid. Later Cocteau Twins “Head Over Heels” and “Garlands”, Slowdives "Just For A Day", Brian Jonestown Massacre “Bravery, Noise and Repetition”, The Cure “Faith”, Einstürzende Neubauten "Haus der Lüge", The Chameleons “Script of the Bridge” and others came along…

Q. How do you feel playing live?
We love playing live! We try to make the coolest live show we can with being only two people. It's really important to us that the whole mood fits. That's why we always use lots of fog and have our own projector shows etc.
There are already a few gigs planned in 2015 including Freiburg Germany in January, a tour in Sweden in March, Holland in September and hopefully a lot of gigs everywhere else!

Q. How do you describe Veil of Light´ sound?
Depressing and cold but also dreamy and atmospheric. 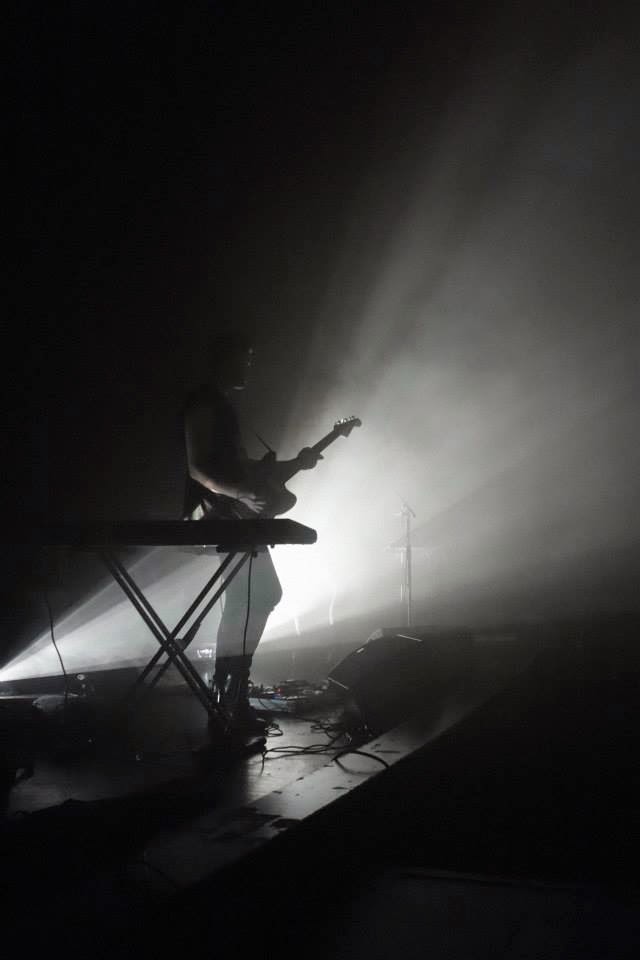 Q: Tell us about the process of recording the songs?
On the first two releases it's actually just me writing, playing and recording all the songs. On our latest LP ("Ξ") my friend Markus Weber contributed some guitars and synths to 2-3 tracks. In February 2014 he also joined me on stage in order to play live.

As for recording songs, I mostly write while recording. Which means when I start recording I normally don't have prewritten melodies. I just try to improvise and make songs spontaneously to capture the feeling and mood I'm in at the moment.

Q. Which new bands do you recommend?
Well, there are tons of great new bands! I love the spirit of all the new real(!) independent record labels nowadays. I really like my friend Samuels project S S S S who just released his Debut "Administration Of Fear" which is an extremely hard hitting dark industrial techno tape. He also did a Remix on my Single EP »Pale Eyes«. At the moment, I really dig the new Schonwald LP, the new Johann G. Winther Tape »Eating or vomiting it's tail«, Feuerbahn, Evje, new Youth Code EP etc.

Q: Which bands would you love to make a cover version of?
I always loved covers who are totally different than the original songs. Since years I think about covering »Suspicious Minds« by Elvis. I don't know why… It's so cheesy it hurts. I've never done a proper cover so I probably won't do one but who knows…

Q: What´s the plan for the future....
I'm already recording new songs and try to do an EP somewhere around summer, maybe a split. Then probably another LP.

Q: Any parting words?
Don't let your mamas drag you down!
*
*
*
Thanks