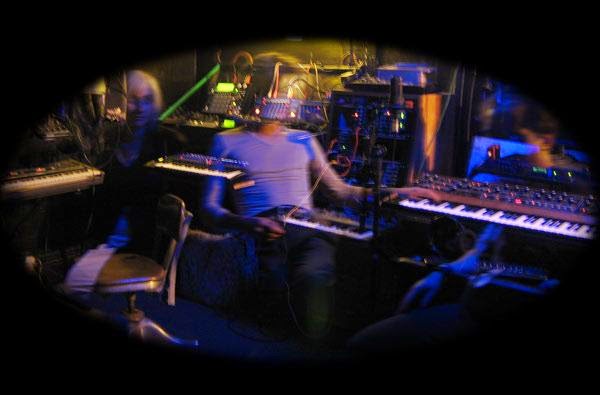 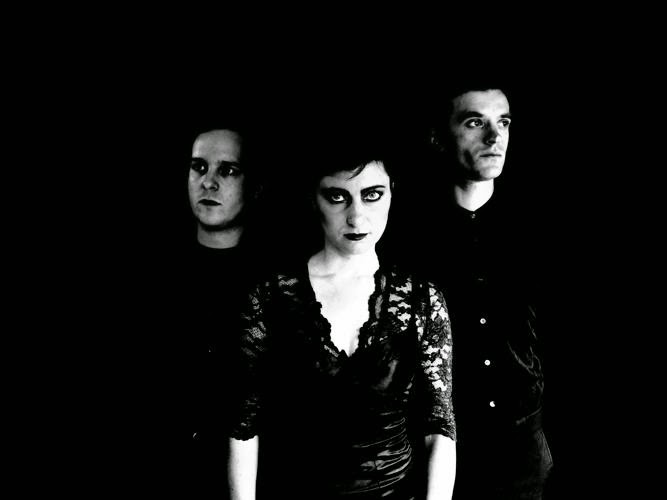 Q. When did Seacrypt starts, tell us about the history…
Paul : in 2010 Chelsea called me up and her, Michael and I started messing around with this synthesizer called the Prophet 5 at Michael's studio, in Oakland. I was leaving from San Francisco to live up north a just month or so after we started hanging out in a musical way. We'd known each other for years, but had never done music together. I'd seen Michael perform a bunch with his ritual-techno group Nommo Ogo and had been around Chelsea in many artistic ways too. I'd never
really recorded before but Michael does some ninja-shit in the studio.

Michael: It started as a very loose process of multitracking the Prophet 5 in the studio, making little songs, and developed into a long distance songwriting collaboration between Paul and Chelsea and
I. Paul and I will woodshed some patterns back and forth, and he and Chelsea will write lyrics, and then I will mix and polish things up. The whole long distance process makes it take a great deal of time, but we have been able to make it work via a steady amount of travel back and forth between Portland and Oakland.

Q: Who are your influences?
Michael : We have a fairly wide range of influences, but we never consciously try to make derivitive music. Sonically, in relation to Seacrypt : November Novelet, Makina Girgir, Martin Dupont, A Blaze Color, Wermut, The Knife, Depeche Mode, New Order, Ende Sneafliet, Tones on Tail, and (of course) Kraftwerk are all inspirations, although I'd say we don’t really sound like any of
those projects. …

Q. Made a list of 5 albums of all time…
Michael :
Too many to narrow down! 5 that have stuck with me though off the top
of the head:
Clock DVA - Man-Amplified
Chris Carter - The Space Between
Popol Vuh - Nosferatu Soundtrack
Dr C. Stein - Plays for You
Coil - Music to Play in the Dark 1 +2

Q. How do you feel about playing live?
Michael : We eventually want to make this a live project, have gotten a few offers to play but it has never been the right time. Its a very studio driven project, so we would have to figure out some way of playing the songs live. It is definitely a goal of ours. 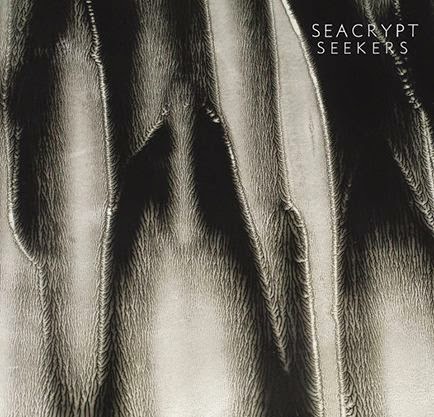 Q. How do you describe Seacrypt sounds?
Michael : Our first release, "A Momentary Rift" was a bit more murky and washed out sounding overall, due to many many layers of old polysynths combined with alot of analog processing (spring reverb tanks, BBD deleays etc). Our current sound i would say is more clean, bright and simple. I tend to stick with more “classic” drum machinesounds with this project, using a variety of old Roland drum machines and some simple synthesis.

Q: Tell us about the process of recording the songs ?
Michael: Its a very long and slow process, punctuated with brief bursts of strange productiveness….
We write alot of material, but tend to only finish off the more “high energy” tracks. We have quite a few more ambient / quiet tracks that remain in the vaults...

Q: Which bands you love to made a cover version?
Michael: I would not want to really cover songs except for possibly doing in a live set, am mostly opposed to the idea of covers unless the song being covered is in a radically differing style…. exposing a different dimension to the song.

Q: What´s the plans for future....
Paul : We're making a new album for the future- it should be out sometime in 2015. Also, we'd love to tour around Europe at some point.

Q: Any parting words?
Michael : Check out our last LP “Seekers” on Falco Invernale Records, a really excellent label in France. We have recently released a video of one of the songs on that record:
"The Messenger": http://youtu.be/wKSAxwx2QdY?list=UUPA1RdKuhf7tp2z56tSN1Rg
And thanks for your interest in our project!
*
*
*
Thanks