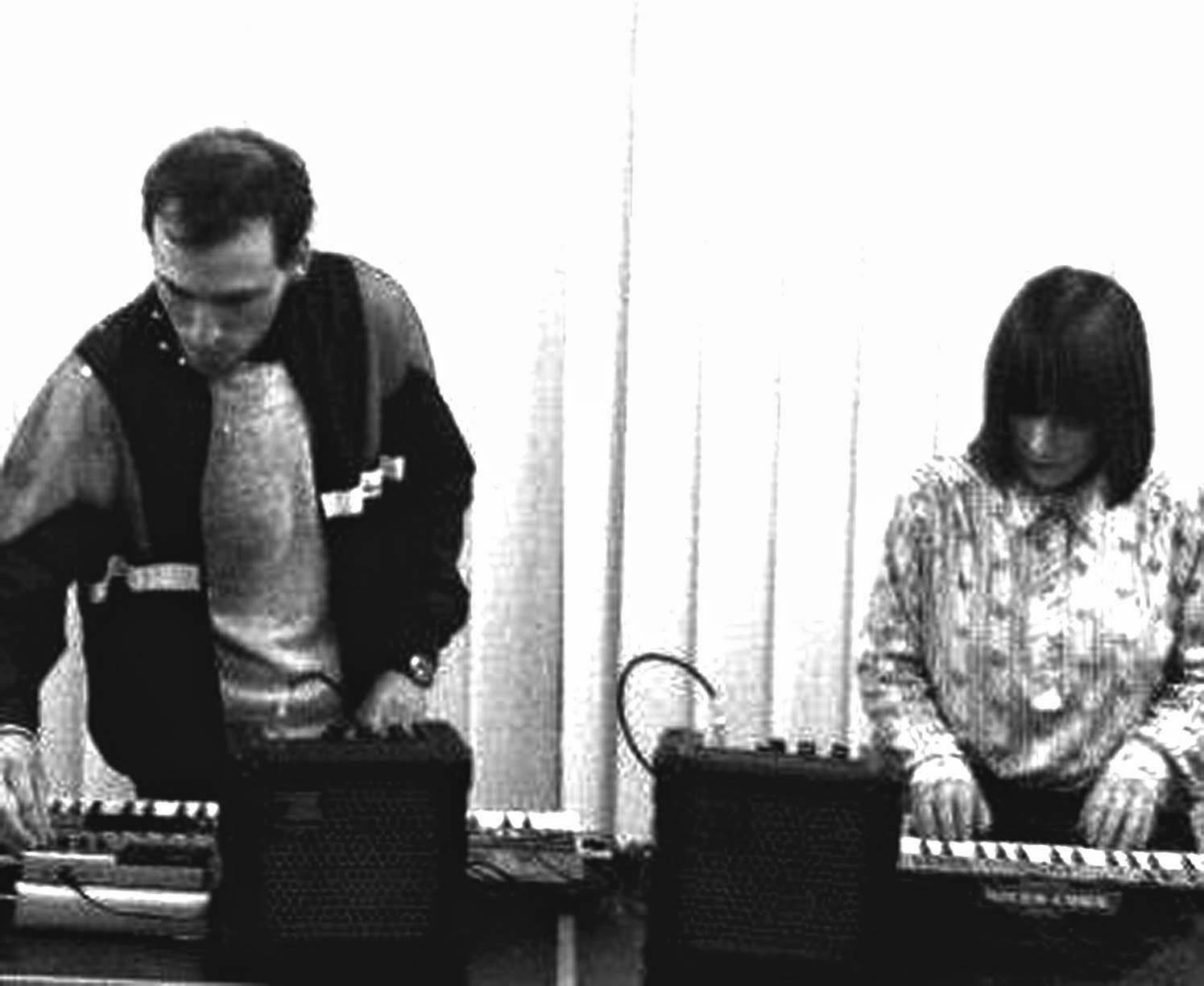 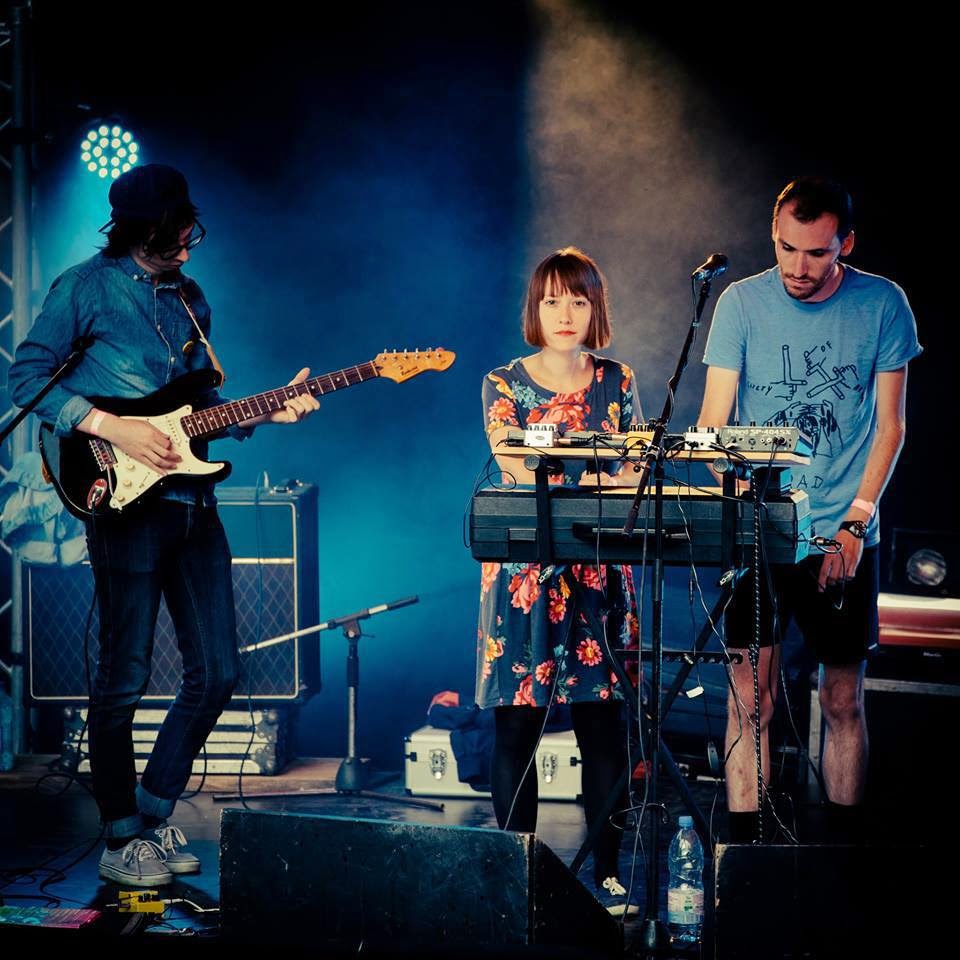 Q. When did Super Crayon starts, tell us about the history...
Super Crayon started in 2009. We met at the art school we were both attending, and each of us had started solo projects. We didn't really know how to make music but we both love making everything by ourselves we decided to put our few skills together.

Q: Who are your influences?
We both always listened to various types of music. So it appeared kind of obvious that one day we would try and make our own. I (Corentine) had my first guitar as a gift at the age of 15, at that time I listened to metal, and folk/psych music too (I'm a huge fan of the Elephant 6 collective), so I guess that's how I began playing. Nicolas was more into electronic stuff and wanted to make music with machines. Later, I have been fascinated with bands including a boy and a girl, like The Vaselines or Stereo Total, and I told myself that if I was starting a musical project it would be with a boy. We're also very interested in lo-fi recordings, people like John Maus, bands like Solid Space, Beat Happening, movie soundtracks... in fact we have a very big spectrum of influences.

Q. Make a list of 5 albums of all time…
We couldn't decide so here are 7 albums. But we're not really fond of this kind of lists, and maybe if you ask us the same question in a year the list will be different! So here it is :

Q. How do you feel playing live?
It generally feels weird. As said before, we're not skilled musicians. We started playing live in 2012. We'd say that it feels different each time. Sometimes we are very self-confident and we don't care if a few notes go wrong, we just laugh about it and keep on playing. And sometimes we are very nervous and concentrated on each little detail. Which can also be good! It mostly depends on the audience or the venue too. We feel differently whether we play in front of friends or an unknown crowd.

Q. How do you describe Super Crayon sounds?
Before being a band, we are contemporary artists who make sculptures, installations, video... so we have a very "visual" sense of music. We like to think of a song like the soundtrack of something else, so each song has its own visual universe, colors, shapes etc. In our EP released with Beko in 2013, each song is very different from each other. We have some really dark instrumental tunes like 'Ma maison est hantée' or 'Sunset massacre', and "naive" pop songs like 'Sunny Sunday' or 'Je préfère les tétraèdres'. It's important to us that our music can't be defined with one word. 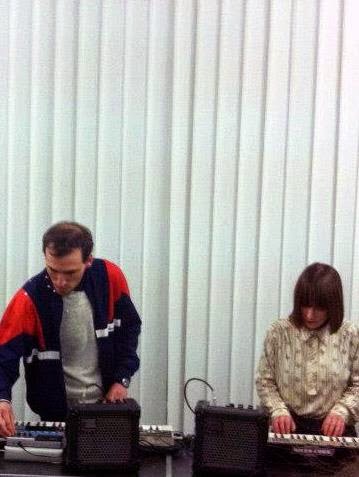 Q: Tell us about the process of recording the songs ?
We record our songs at home. It all starts with a story we want to tell or a theme we want to write about. When we find that, Nicolas starts a song with synth and beatbox, then we write the words. One of us comes up with one verse or chorus, then gives it to the other and it can go back and forth a few times. Then we record the guitar and voice.

Q. Which new bands do you recommend?
Splash Wave, Rendez-Vous, Yuko Yuko... and pretty much everything Beko releases.

Q: Which bands you would love to make a cover version?
We're not really into covers, and when we want to cover a song, we just do it! But we would love to cover 'Cool places' by The Sparks one day.

Q: What´s the plans for future?
Buying lots of gear! More seriously, we'll be releasing our first LP on vinyl in 2015.