Time Machine with Wozniak - An Interview 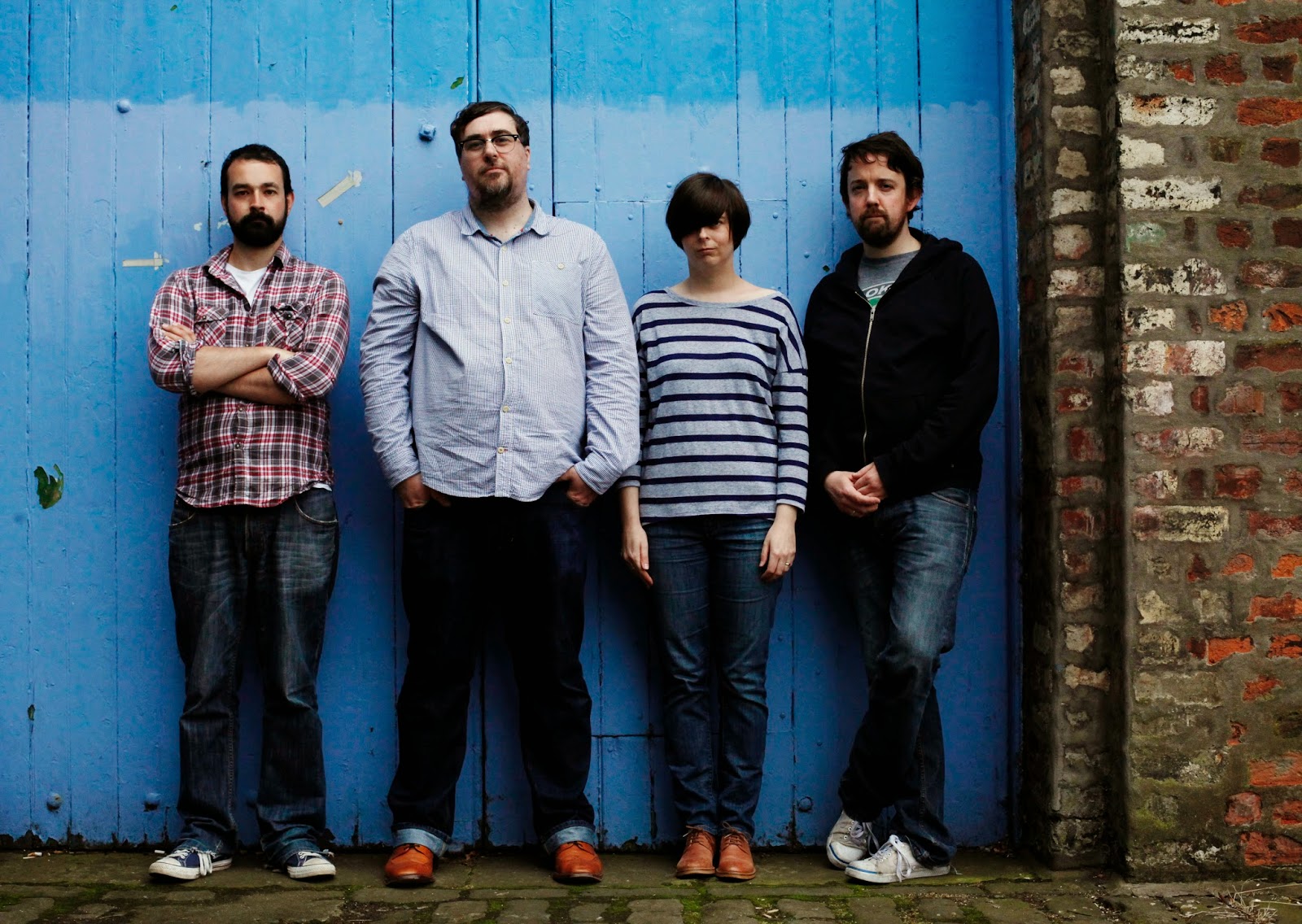 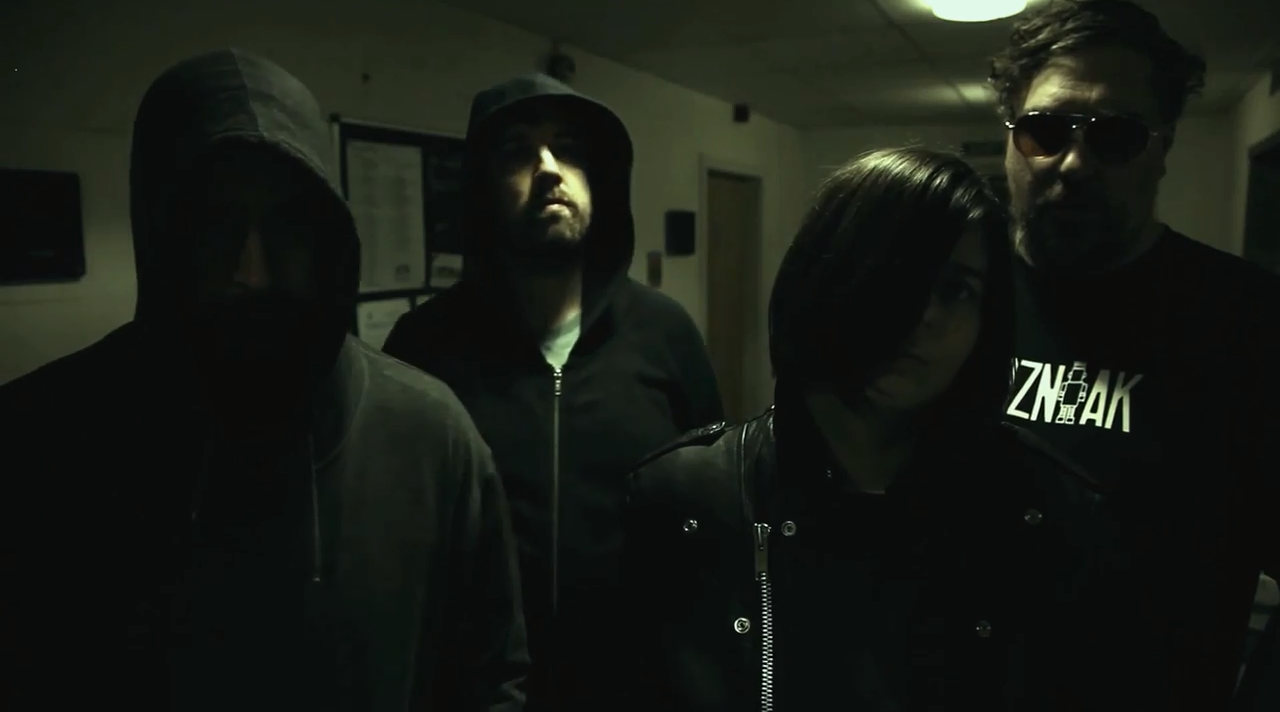 Q. When did Wozniak start, tell us about the history...
A. Wozniak started in late 2012. We got together without any particular agenda other than to make some loud noise. Wozniak are Sarah on guitar and vocals, John on drums, James on bass and Simon (me) on guitar.

Q: Who are your influences?
A. We've got quite a diverse range of influences. We all love loud guitars, but there's quite a range of different tastes in the bands, including Slowdive, My Bloody Valentine, Warpaint, AC/DC, Bo Ningen, Queens of the Stone Age, Besnard Lakes, Sonic Youth, Interpol, the Cure, Hookworms, Mogwai - the list goes on! I think what gives Wozniak our sound is the combination of the all these different influences, and each person's different styles and tastes coming together.

Ooh, tough question! This is strictly my own list, and I can't speak for the rest of the band (plus, I'm sure this list would change next time you asked me). In no particular order:
'Loveless' by My Bloody Valentine,
'October Language' by Belong,
'Disintegration' by the Cure,
'F# A# ∞' by Godspeed You! Black Emperor,
and (a bit of a cheat) all the Slowdive EPs.

Q. How do you feel playing live?
A. Our live shows are usually described as loud and intense. We put a lot of thought into our sets, so that there is a dynamic, rather than just a list of songs played one after the other, and we feed off each other's energy, so that by the end of the gig we're usually pretty exhausted. Where we can we also use projections, and we usually set up our own strobe lights on stage, so that the visual element is quite stark. One thing I've realised recently is how important the crowd's response is - when the audience are into it, it feels much more intense and rewarding. When the crowd is a bit quieter it can feed back to the band, and sometimes that's reflected in the mood of the gig. Personally, I usually get so caught up in the momentum of the sound that I will end the gig throwing around my beloved Fender Jaguar. It's had a few bumps and scrapes... 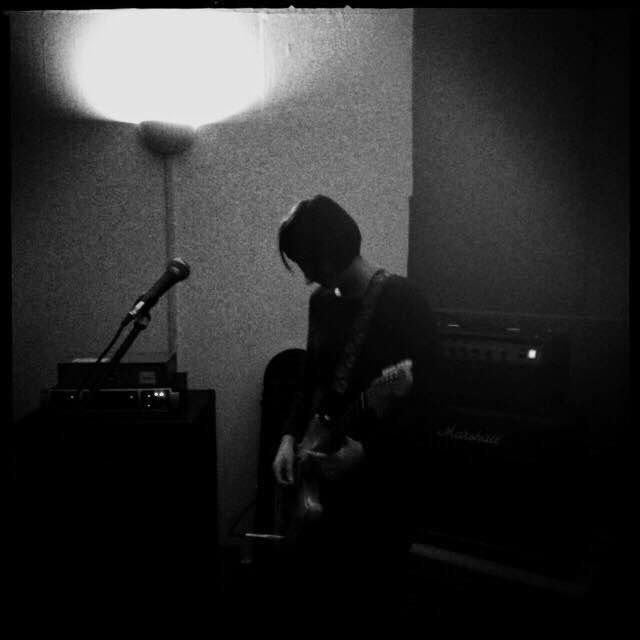 Q. How do you describe Wozniak´s sound?
A. This is a tricky one. I still describe us as primarily shoegaze, in that we build up a wall of sound, with fuzzy chords and drones. We're largely instrumental, so there's definitely some post-rock in there, but it's more song-based like Mogwai, rather than long and movement-based like some like Explosions in the Sky, although we have plenty of noisy and abstract sounds within the songs. When we do use vocals they are hazy and buried low in the mix, so that's another shoegaze element. There are also psych and noise-rock elements - we have plenty of big, dirty riffs, often repeated throughout the song. We tend to have the bass quite prominent - not quite the lead instrument, but often the guitars concentrate on building up a wall of sound, with hypnotic and interweaving guitar lines, while much of the dynamics come from the bass and the drums. I think that's a pretty typical Wozniak approach!

Q: Tell us about the process of recording the songs?
A. We've recorded everything so far at the Depot in Edinburgh with Craig Ross, who plays in a band called Broken Records, who put out their early material on 4AD. We set up and record live with all four of us playing in the room at the same time. Before we start recording we make sure we've got a great drum sound - that's the bedrock of Wozniak. We usually run through a song several times before we get a version that we all like - not necessarily the perfect version, but the one with the best feel and energy. Once we've got that foundation, we then do some overdubs - there are usually quite a few guitar overdubs to create layers of sound, and I like to experiment with my pedalboard to get interesting noises. James will often add something to bring a new colour or texture to the song. On 'Kreuzberg' which is on our 'Pikes Peak' EP, he added some piano, and on our current single 'Five Star' he added some vintage synths.

Although all of our songs begin in the practice room and can all be played live by the four of us, we like to use the studio to add new elements and build up layers, whether through obvious things like overdubs and extra instruments or more subtle things in the way a song is produced. On 'El Maresme', for example, the lead song from 'Pikes Peak' there are several different vocal tracks layered on top of each other, with different effects on each, like vintage delays, to help create a fuzzy and woozy feel. Without giving away too many secrets, vintage tape delays feature a lot when we're in the studio!

Q. Which new bands do you recommended
A. Here are some excellent Scottish bands we have played with recently, all of whom are on the internet: We Came From The North, Book Group, Gigantic Leaves, Mad Nurse. Check them out!

Q: Which bands would you love to make a cover version of?
A. Well, funnily enough, a certain blog has just invited us to do a cover of a Ride song, so we're looking forward to that. 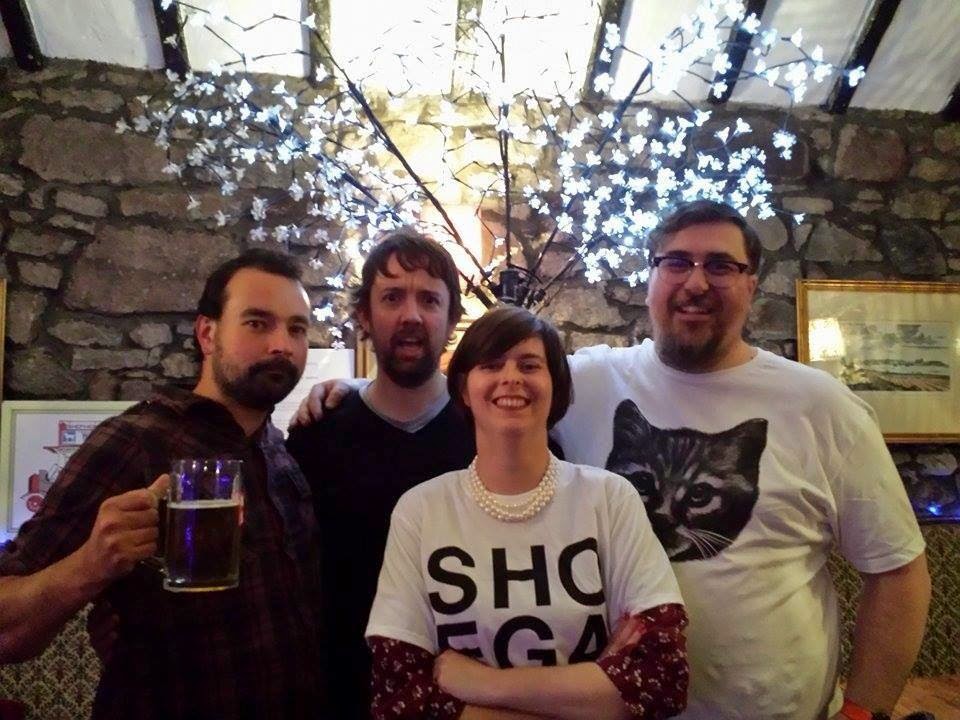 Q: What´s the plan for the future....
A. We've started recording our debut album, which will hopefully be ready in early summer 2015. We plan to put out a couple of singles ahead of that, and we've just released the first, 'Five Star', which is available as a pay-what-you-want download from www.wozniak.bandcamp.com. We're focussing on getting songs ready for the album, but we're also putting together some gigs. While we've played a lot in Scotland, we haven't yet been anywhere else, so we're heading to London at the end of February 2015, and we're organising a few other gigs around that time to make a mini tour. We're also planning to play some festivals during the summer of 2015. We're very open to offers, so if any promoters are interested, get in touch.

Q: Any parting words?
A. It's so vital that people continue to support new music. We're hugely grateful to all the blogs and radio stations who have given us coverage, and it's really helped us to make connections with people all across the world. I like to think that we're part of a network that not only benefits from this exposure, but also helps to give other bands exposure too. In some ways it's easier than ever for bands to get exposure through the internet, but people also need to help bands by going to see them live and buying merchandise. As well as doing Wozniak, we put on a lot of gigs via our promotion arm, Morningside Young Team (www.facebook.com/Morningside-Young-Team), and the difference it makes to bands to sell a couple of t-shirts and some records at a gig is huge - it can be the difference between a band being self-sufficient and being able to do more, or running out of money. It's great that there's a global community which continues to be interested in brilliant music, and we owe it to each other to keep on supporting it.
*
*
*
Thanks guys