Your Rose with Swellebound - An Interview 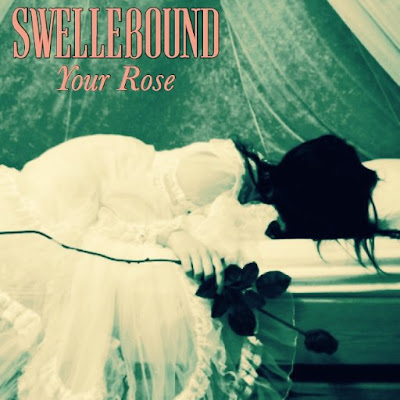 Q. When did Swellebound start? Tell us about the history...
I came up with the idea for Swellebound in early 2014 when I was on holiday in Costa Rica; that’s actually where I thought of the name. I used to go surfing every morning and named it after the swell of a wave… then I added ‘bound’ to it, like a play on the word ‘spellbound.’ I also added the ‘e’ to ‘Swelle’ as a nod to how a lot of words have an ‘e’ at the end of it in UK English. I was mainly focused on playing with Jennie Vee at that time though so I kept Swellebound on the back burner until I came home from a tour this past Christmas. I got really inspired after being on the road and that’s when I started writing and recording songs for Swellebound.

Q: Who are your influences?
My parents raised me on a lot of classic rock like Steely Dan, The Stones, The Who, The Doors, Pink Floyd, Tom Petty, etc. I also went through a massive Beatles phase when I was a kid as one of my childhood friends’ father was from Liverpool and he played Help! (the movie) for us when I was 6. I pretty much wanted to be John Lennon after seeing that film. I was in elementary/middle school in the 90’s and my babysitter used to play stuff like Nirvana, Smashing Pumpkins, Red Hot Chili Peppers in her car so I grew up with those bands too. Then when I was 11 I bought Third Eye Blind’s first album with my own money… I still go back to that album often; amazing songs, lyrics, and guitar parts. Then I got obsessed with punk/pop-punk when I was in high school; of course with bands like The Pistols and The Ramones, but moreso Rancid, NOFX, Green Day, Blink-182 - stuff that was popular at the time. I guess you’d call it mall punk but that’s when I started playing guitar and I taught myself by playing along to those bands. Then more underground emo/indie like Jawbreaker, Saves The Day, Alkaline Trio, Thursday, The Get Up Kids, The Anniversary, Cursive, Bright Eyes, Rilo Kiley, Death Cab For Cutie. When I was a senior in high school I got really into British/Mancunian bands like Joy Division/New Order, The Smiths, Stone Roses, Happy Mondays, Oasis, The Verve, etc. Then I went through a massive Depeche Mode and Jesus & Mary Chain phase for a few years in my early twenties - they were seriously all I listened to for about 3 years straight. From there I got into 90’s shoegaze/Creation bands - My Bloody Valentine, Slowdive, Ride, House of Love, etc. Before I lived in New York I used to come here and party a lot when I was in college (’04 - ’08)… got into all the hipster electro Ed Banger records artists that were being played everywhere at the time, but we won’t dwell on that. Oh, also - Pavement. I went through a big Pavement phase from like age 18 - 20.

Q. Make a list of 5 albums of all time…
Steely Dan - Aja
The Beatles - Abbey Road
The Smiths - The Queen Is Dead
Depeche Mode - Violator
The Jesus & Mary Chain - Automatic

Q. How do you feel playing live?
Truthfully Swellebound is a ‘bedroom project’ at the moment and I’ve never played a show under that name yet. But I’ve been playing live music since I was 13 and it’s literally my favorite thing to do. I would tour forever and play every night if I could. The first Swellebound show will be this summer/early fall.

Q. How do you describe Swellebound sounds?
Dreamy pop-punk.


Q: Tell us about the process of recording the songs ?
I write and record everything in my apartment. I live in a studio flat in a building that used to be offices in the Lower East Side of Manhattan; the walls are thick concrete and, though I didn’t realize it when I first rented the apartment, the room is totally dead. Meaning there are no echoes, sounds don’t oddly bounce around - it’s perfect for recording and I’ve been very satisfied with what I’ve been able to capture/create in this little room. I write 98% of the song before I start tracking - all parts, ‘nuances’, etc. I typically have an idea in my head for how I want the whole song to sonically come across. When I start tracking I usually do all of the guitars first along to a basic drum loop. Then I start to build the drums out (I do all my percussion on a drum machine/sampler) and add bass after I’m satisfied with kick drum patterns and such. I generally do vocals last… it helps my performance if the song sounds complete when I’m singing along to it. There’s also the occasional ‘happy accident’ where something gets tracked differently than I intended and I keep it because I think it sounds cool.

Q. Which new bands do you recommend?
I play guitar for Jennie Vee - she’s an amazing songwriter and musician; originally from Toronto but now based in LA. We’ve released a full length album, an EP, and several singles over the past 2 years. She gets a lot of comparisons to modern bands like The Joy Formidable and The Raveonettes, but with a bit of an 80’s throwback to bands like The Cure and Echo & The Bunnymen. I also just produced the first single off the band Twist’s debut album. They’re from Toronto and just signed with Buzz Records - really great fuzzy/dreamy guitar pop. There’s also this band from LA called Teenage Wrist that I really love. I don’t know them personally but their music is rad. Oh - and there are these girls from Glasgow called The Van T’s - they opened for Jennie Vee the last time we were in the UK and they were absolutely fantastic. Like Veruca Salt meets The Ronettes.

Q: Which band would you love to make a cover version of?
I’m not a huge fan of cover songs; it turns out disappointing in most cases and sometimes becomes downright blasphemous… though that’s not to say I haven’t done it before! I guess if I were to cover a song it’d be one from an artist who doesn’t necessarily fit into Swellebound’s genre - like Rancid or Elliott Smith.

Q: What are your plans for the future?
I’m self-releasing my first EP this summer. It’s called ‘Your Rose’ and is going to be 7 songs. There are 5 songs available to stream right now on my Soundcloud. The full EP will be available for purchase digitally in a few months on sites like Bandcamp, iTunes, Spotify, etc. I’m in the midst of putting together a full band so we can start playing shows. I hope to do the debut show around the time that the EP is released.