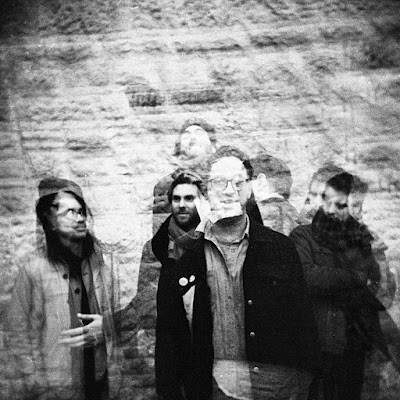 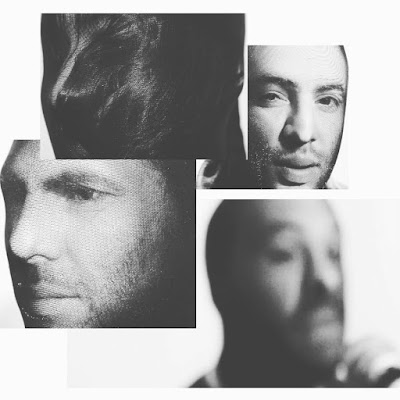 Q. When did Great Ytene start? Tell us about the history...
Great Ytene came to life in 2013 through the demise of a band called Colours we were all in together. Tom had come in to replace our old guitarist in that band, and after we wrote and recorded some new material we realised our sound and direction had changed somewhat, so it just made sense to start afresh.

We’ve know each other for quite sometime and have all played music together prior to being in London and Great Ytene, so the progression and development of the four of us a band came pretty naturally.

Q: Who are your influences?
I feel that we have a very eclectic range of influences, but I guess the ones that come through quite prominently in our music are bands like Sonic Youth, This Heat, Women, PiL, Fugazi, MBV, Deerhunter and Tina Weymouth to name eight.

Q. Make a list of 5 albums of all time…
I can never make up my mind and feel that my top 5 is always changing, so the best I can give you are 5 albums I’ve been listening to a lot recently.
Flaming Tunes – Flaming Tunes
Sonic Youth – Bad Moon Rising
Can – The Lost Tapes
Tomaga – Familiar Obstacles
Cindy Lee – Act of Tenderness

Q. How do you feel playing live?
Playing live is great! Our current set is comprised of all new songs, so it’s been really fun fleshing them out and working them together as a whole. Interacting with one another and with an audience is a pretty great feeling; we’re looking to try to get some more shows around the UK and Europe before the year is out.


Q: Tell us about the process of recording the songs?
We’ve been pretty lucky to work with some pretty talented people when it’s come recording! A lot of our early stuff we did with Rory Attwell (Warm Brains) on Lightship 95 as well as with our good friend Iggy B at Bella Union Studios. We recently recorded an album’s worth of songs with Iggy at this real amazing studio called Holy Mountain Studios in Hackney before sending it up to Suburban Home in Leeds to get mixed by MJ from Hookworms.

We’ve done a lot of stuff ourselves in the past, mainly bedroom recording and practice space demos which is a really good way to work, but we’ve always felt that working with others and having that contribution from someone outside the band has really helped to achieve best results.

Q. Which new bands do you recommend?
I don’t think Housewives, Psychic Markers, H.Grimace, Ice Baths and Joane Syklar are necessary ‘new bands’ but they are all superb acts that I recommend people should lend an ear to.

Q: Which band would you love to make a cover version of?
We’ve actually done a few covers in our time. We did an Orange Juice cover a while back and recently recorded covers of Mission of Burma’s This Is Not A Photograph and Pavement’s Two States that were really quick and fun to do!

I think people tend to set a lot of rules when it comes to doing covers, there’s a lot of pressure on providing a radical take on a track, re-performing a song can give it a whole new context. I think that’s great, but it’s also just as good to pay homage to a band or song by not over thinking it and just playing it however it comes to you. The manner in which Sonic Youth have covered a wide range of songs and artists over their career is a testament to the latter way of going about it, which I admire.

Q: What are your plans for the future?
So we’ve got an album that will be out this year, which we’re real excited about! Just working out the final details for that now. We’re also sorting out a stint around the UK and potentially a couple of Euro dates!