Daydreaming with Wild Firth - An Interview 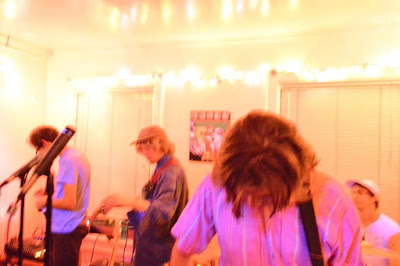 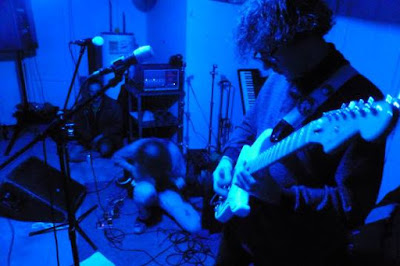 Q. When did Wild Firth start? Tell us about the history...
I started the band during the spring of my freshman year at college. I brought together some friends and we started working on the music I'd been writing. From there, the lineup has changed through the years, and so have the songs and feel of the group, but the core energy has been constant. I continue to write the songs and the guys help me finish them out.

Q: Who are your influences?
It's hard to just list a few, because I have so many influences from so many kinds of music... For this group, Deerhunter was a clear influence from the beginning, as were Captured Tracks groups like DIIV and Beach Fossils... now, I've been into much more 20th century classical music like Messiaen and Ives and I'm naturally synthesizing their polytonal language with more pop sensibilities, in my ear... Also, I think the latest MBV record is outstanding and even still so overlooked...

Q. Make a list of 5 albuns of all time…
Very hard. I'll just list some that come to my head, in no particular order... how about
Stratosphere by Duster...
Four & More by Miles Davis...
maybe And Then Nothing Turned Itself Inside-Out by Yo La Tengo...
Weird Era Cont. by Deerhunter...
perhaps Live at the Half Note by Lee Konitz...

Q. How do you feel playing live?
Depending on the place, oftentimes kind of uncomfortable. In the beginning, I was definitely more uncomfortable. Now I feel a lot looser though, most of the time, and like to mess around a bit and do strange things.


Q. How do you describe Wild Firth sounds?
I think we play pop music. Some songs are more jangly and dream pop, but we also have a kind of post-punk sensibility too, I feel. Maybe we're just like pop music with weird, nuanced chord progressions. I'm all about innovative chord progressions.

Q: Tell us about the process of recording the songs ?
Well, this tape that is out on No Problem Records was recorded entirely by Jordan Bleau, of Frankie Teardrop, and he did a stellar job. Otherwise, I've just recorded very low budget on my computer with some meagre gear stuffs.

Q. Which new bands do you recommend?
I haven't been listening to a lot of new stuff recently, so I'm not as well-versed as usual. But the band Palm is so cool, from Phillie. Also, this band Earring from Chicago. Oh and Sean Henry.

Q: Which band would you love to made a cover version of?
I'd love to do some covers of some Sarah Records songs, from like The Field Mice and Another Sunny Day... that would be so much fun.

Q: What are your plans for the future?
Living in Minneapolis and making music.