Kaleidoscope with Cosmic Child - An Interview 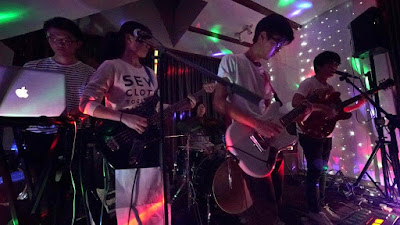 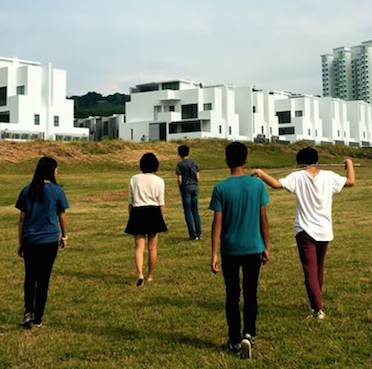 Q. When did Cosmic Child start? Tell us about the history...
Back in secondary school, Daniel was jealous that Bo wanted to form a metal band with another group of friends. So one way or another, the two of them decided to form an art rock band called Cosmic Child out of the shared love of Pink Floyd, David Bowie and the Velvet Underground. While covering the Velvet Underground didn't work out, we did play Wonderwall at a school concert (ew). From there, the rest of members, Teoh Yun, BJ and Shervonne picked up instruments and we played our first gig in December 2014 after graduating. It's a fucking miracle that we're still a band.

Q: Who are your influences?
Slowdive, the Microphones, any punk bands that plays two chords, Kids Bop

Q. Make a list of 5 albums of all time…
Daniel Johnston - Hi, How Are You?
MBV - Loveless (do i really have to mention this)
Now Thats What I Call Music 91
Macintosh Plus - Floral Shoppe
Best Christmas Music Compilation; Jingle all the way!!


Q. How do you feel playing live?
Love and hate relationship. Love it when nothing goes wrong and the crowd is cool. Hate it when shit fucks up and it just snowballs into a terrible show.

Q. How do you describe Cosmic Child´s sounds?
awkward pop songs with too much reverb.

Q: Tell us about the process of recording the songs ?
We recorded the album in more or less one week's time because we're really good at procrastination and really bad with time management. We stayed over at the studio on some nights and worked in 12 hour shifts. Everything was recorded using two SM57s and a pair of condenser mics. The vocals was recorded the day before mixing and mixing and mastering was done in a single day. This resulted in Bo's breakdown and we all learn valuable time management skills from the incident.

Q. Which new bands do you recommend?
Long Live the Empire, Rûth and Cosmic Child.

Q: Which band would you love to made a cover version of?
Velvet Underground

Q: What are your plans for the future?
Play shows, tour, record one more album then breakup.
*
*
*
Thanks