It´s Getting Better with Dirty Sidewalks - An Interview 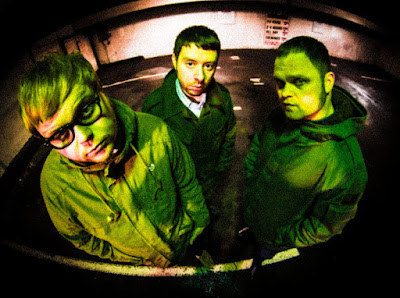 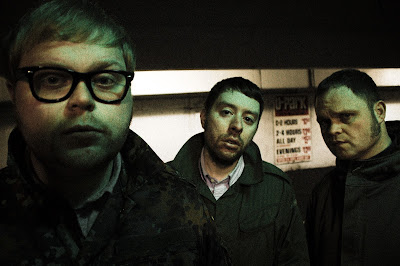 Q. When did Dirty Sidewalks start? Tell us about the history...
Dirty sidewalks "officially" started in about 2011. Myself (Erik Foster -guitar/vocals) and Evan O'neil (bass guitar) were playing in a more traditional rock band, when we started experimenting with some old drum machines in our rehearsal space. Eventually we worked up a few songs that didn't really fit with the other band we were playing in, and showed them to my brother, Evan . He was just as stoked as we were on how the songs were turning out, and we figured that together we could really turn the project into something cool. From there we just started practicing a lot, working on more new songs and playing as many shows as we could.

Q: Who are your influences?
There's a lot. Some of the biggest influences are Oasis, The Jesus and Mary Chain, The Dandy Warhols, RIDE, Love and Rockets, The Beach Boys, My Bloody Valentine, Swervedriver, Charlatans UK, Morrissey ... To name a few

Q. Make a list of 5 albuns of all time…
In no particular order:
Dandy Warhols - Dandys Rule OK?
Ride - Nowhere
Oasis - Be Here Now
Morrissey - Your Arsenal
The Jesus and Mary Chain - Automatic

Q. How do you feel playing live?
I think playing live is the best part of the whole thing - as long as all the pedals, cables, amps and drum machines are working properly. When we're playing live to a crowd who is really digging it, we dig it even more, and everyone kind of gets in the same zone. It's hard to explain, but when it happens it rules.

Q. How do you describe Dirty Sidewalks sounds?
I would describe our sound as Fuzzy, blissed out pop music. Most of our arrangements are pretty straightforward, but we strive to do interesting things with vocal harmonies, and interweaving guitar parts to try to create a sound that's both heavy and "soft" at the same time.


Q: Tell us about the process of recording the songs ?
Everything up to this point has been recorded in my brother's home studio/kitchen/laundry room (he's one hell of an engineer), using a mix of tape and Pro Tools. Once we get the drum machine tracks in place, we typically start layering in the guitar parts. From there we'll record the bass guitar, and any organic percussion we feel like the song needs. The last thing we usually add is the vocals.

Q. Which new bands do you recommend?
Our friends Vibragun, (also from Seattle) have a great record out. Also, I recently heard a band called Sulk that I've been digging.

Q: Which band would you love to made a cover version of?
We've been talking about recording a cover of Bob Dylan's "It Ain't Me Babe"- but more in the style of the version that The Turtles did.

Q: What are your plans for the future?
Right now we're finishing mixes for our first full-length album which is due out towards the end of the summer. It will have 12 new songs on it, and be released on CD,LP, and cassette via No-Count Records (nocountrecords.com). After that we'll be touring to support it.

Q: Any parting words?
Pick up our most recent 7" at dirtysidewalks.bandcamp.com!
*
*
*
Thanks