Levitate with Adama - An Interview 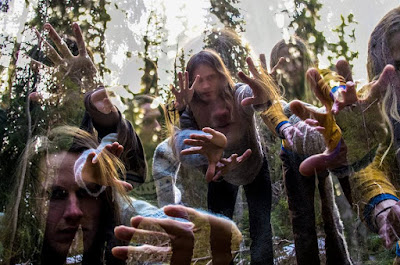 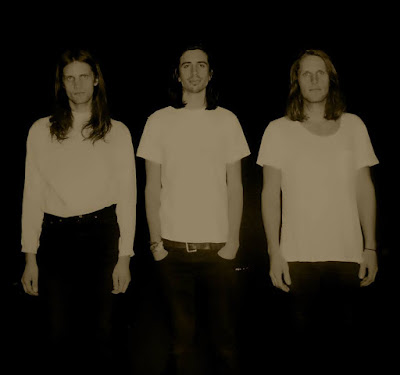 Q. When did Adama start? Tell us about the history...
A: We were three friends that used to go out to a local miniramp and skateboard. The idea of playing music came up while skating and listening to a group called Wooden Shjips. We talked about that it would be fun to play similar music ourselves so we started out with the project that was later called ADAMA. We started out as a trio but the group performs as a five piece band nowadays.

Q: Who are your influences?
A: We have many different influences among us but as I said before Wooden Shjips is one group that made us start out as a band. But we've also listened to Black Angels a lot. Spacemen 3 and Brian Jonestown Massacre has also made a lot of impact on us.


Q. Make a list of 5 albums of all time…
A: There's a lot of good albums out there. These are a few of them;
Spacemen 3 - Playing With Fire
Pink Floyd - The Piper At The Gates Of Dawn
My Bloody Valentine - Loveless
Jefferson Airplane - Surrealistic Pillow
Wooden Shjips - West

Q. How do you feel playing live?
A: It feels like we connect as a band when we are on stage. We create our own space and journey through the songs from the beginning of a set til the end. It's an awesome feeling.

Q. How do you describe Adama sounds?
A: Like an exploding mantra filled with a lot a feelings you get drawn into mixed with childish melodies. It's a trip in time and space.


Q. Tell us about the process of recording the songs?
A: When we recorded our album RUHIN we rehearsed for a couple of weeks. Then we went into the studio and recorded more or less the whole album in one day except for some songs dubs and the percussion which we recorded ourselves afterwards. Our first two song demo was recorded by ourselves as well as the mixing was done by us.

Q. Which new bands do you recommend?
A: King Gizzard And The Lizard Wizard, L.A WITCH, Lejonsläktet, The Seed Coat, Melby and Ringo Deathstarr also make some really good tunes. Also Grouper is an artist that have caught our attention.

Q. Which band would you love to make a cover version of?
A: Maybe a Spacemen 3 song or a song by Bob Dylan.

Q. What are your plans for the future?
A: To make another album. There are new songs that start to pile up even though the first album is just released. We are also going to do some more gigs in the future since we have begun collaborating with 88mph Booking. To start with we are going to do a concert at Copenhagen Psych Fest in July. But mostly we are going to focus on making new songs and continue building up the creative space around the band.

Q. Any parting words?
A: We want to thank all Brazilian people that are supporting us and are listening to our music. And don't forget to check out our friends other bands on the label Fonomonik Records. For example Lejonsläktet is releasing their debut album on the 10th of June and The Seed Coat is releasing their third album Gentle Mindspeed in August.
*
*
*
Thanks