One Sixty with The Silence Kit - An Interview 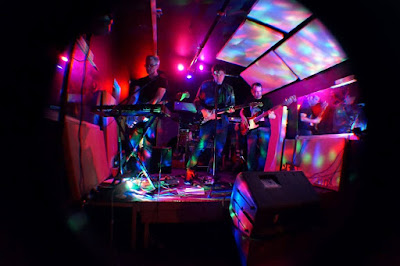 Photo by Hell Is This Image 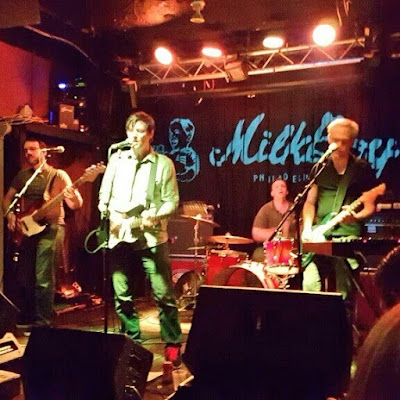 
Q. When did The Silence Kit start? Tell us about the history...
What started as a solo recording project many years ago eventually turned into The Silence Kit. We've released 4 albums and a growing list of singles through the years. Our most recent LP "Watershed" was released on Azteca Records in 2014, and most recently we've begun a singles series in which we are releasing a new single every couple of months. The A-sides are brand new songs and the B-sides are other new songs, re-recorded versions of our older songs, or covers of other people's songs.

Q: Who are your influences?
Our influences are pretty varied. We listen to and get inspired by a lot of different kinds of music: Krautrock, 70s-80s post-punk, 90s indie rock and many things in between.

Q. Make a list of 5 albums of all time…
Patrick:
Echo and the Bunnymen - Porcupine
Chokebore - Black Black
Portishead - S/T (2nd album)
The Cure - Pornography
The Sound - From the Lions Mouth

Darren:
The Stone Roses - S/T
The Verve - A Northern Soul
The Smiths - The Queen is Dead
The Who - Quadrophenia
Morrissey - Vauxhall and I


Q. How do you feel playing live?
Playing live is a cathartic experience, when we let the energy of the songs take over and we get to explore the sound of the songs in a new space, in front of new faces, which is always exciting.

Q. How do you describe The Silence Kit sounds?
Shoegaze/psych/goth/indie influenced post-punk. It's been said that we sound like 1977-1984 with a sprinkle of 1992.

Q: Tell us about the process of recording the songs?
We have our own studio where we rehearse and record. So, we can be in the middle of rehearsal and decide to switch to recording pretty quickly, which lets us record things while we are still really excited about them. We record most of the instrumentation live because that gives the songs a more natural feel and we can capture more of the same energy we bring to the songs when we play them at shows. Working on the singles series has been nice because it means we're able to focus on recording just a couple songs at a time each month so we can really take our time with them.

Q: Which band would you love to made a cover version of?
We actually just recorded a cover of a Chokebore song, called "Cleaner" which has been something I've always wanted to do. I saw them live many years ago in Philadelphia and I was completely blown away. Having bought all their albums through the years, I've always found them remarkable. A band that sounds like no one else and that really brings a lot of power, mood and energy to their songs.


Q: What are your plans for the future?
We have a few more singles to record and release, and once the singles series is complete, we'll be compiling much of that material into our next full length album.

Q: Any parting words?
Thank you for your time! And to anyone who likes what we're doing, we encourage you to share it.
*
*
*
Thanks