Inside Your Mind with Wind Along The Coast - An Interview 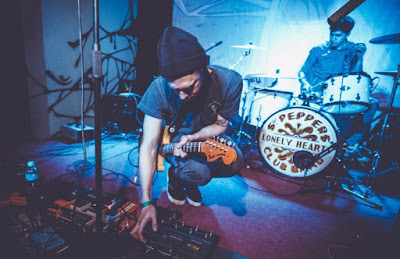 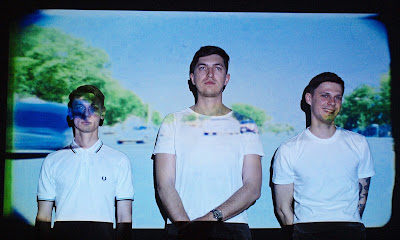 Q. When did Wind Along The Coast start? Tell us about the history...
A. We started band somewhere in late 2013. We live in a small town, where usually everybody knows each other. Especially among those who attend the same events. Probably cause was the opening of a small club "Black toad". Basically, it was a place for the punk community, but there was a lot of our friends. We wanted to play more than ever.First members were: I'm(Nikolay) vocal/guitar, Tanya our bass player, Igor on drums and Alexey - guitar. Together we recorded our first single, which consisted of four tracks and was released on a Moscow DIY label "trvs records".Later, we had a change in the band members and a pair of free web releases on our bandcamp page. Now we are trio and we have Dmitry on a bass guitar.

Q: Who are your influences?
A. A lot of bands influenced on us. It will be difficult to list them, because, for each of us it may seem something special. We inspired by a variety of things. Sometimes they are very, very different))
However, if we talk about the influence, for me, this Brief Candles, The Meeting Places, Film School, Malory... This list is incomplete, but I think under the influence of these bands I was when we started to play. And, of course, I will a long time. Excellent bands! Not that we are trying to build our sound in similar way. We are always open for something new and ready for the change.

Q. Make a list of 5 albuns of all time…
A. My Bloody Valentine - Isn't Anything
Swirlies - Blonder Tongue Audio Baton
Mazzy Star - So Tonight That I Might See
Rocketship - A Certain Smile, A Certain Sadness
The Brian Jonestown Massacre - Methodrone

Q. How do you feel playing live?
A. It is always an experience for us. We try to be watchful as much as possible, but not so much to don't having fun. However, in general, we try to do so that people were satisfied with our show.


Q. Tell us about the process of recording the songs ?
A. Songwriting is mainly my part, but arrangement of the songs, we do together. We record drums then instrument's other techniques and vocals until it will be acceptable. We want to extend our experience and do the records in different ways. It is certainly interesting, but requires some experience and time.

Q. Which new bands do you recommend?
A. Well, if we talk about new...ETHICA, this new great band from Nizhny Novgorod. They released EP some time ago. Sounds pretty like 90's shoegaze. FONTAN nice band from Moscow. Recently, they released full-length album "Days Of Fear". TAIKI ATO from Samara sounds good.

Q. Which band would you love to made a cover version of?
A. We had experience with execution cover versions classics shoegaze bands on live sets. Later we decided pay more attention for our songs. If we try it again, we will do it for fun.

Q. What are your plans for the future?
A. All our dreams about first full-length album. We already have material with which to work now.
We hope that we will find support for this release. We want to be heard by many people. And of course we want to play show, sharing the stage with good bands)

Q. Any parting words?
A.I hope someone finds it interesting. Good luck and thanks for the interview)
*
*
*
Thanks