Naivität with Cumin - An Interview 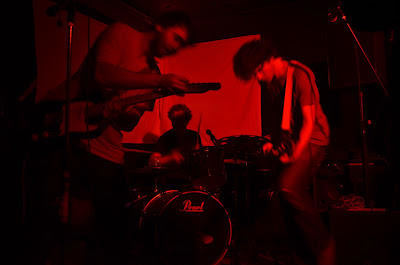 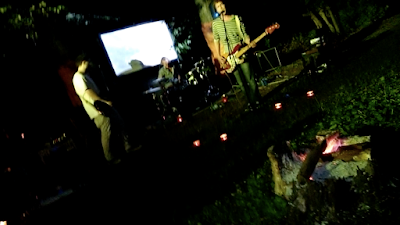 Q. When did Cumin start? Tell us about the history...
In 2011 we started a band with singer Mario Faude. We played music which sounded somewhat like grunge and 90’s Rock. We made one album in this style. At the end of 2014 our singer departed and since then we’re in our current formation. Last July we recorded our debut “Naivität” with the new band-name “Cumin”. During the band’s history we played lots of live shows and recently we were also on tour with “Ortiz” through Central Europe including gigs in Prague, Vienna and Hungary.

Q: Who are your influences?
Nirvana was always a band that every one of us listened to and appreciated. This is where our grunge influence comes from. Another musician that has inspired us is John Frusciante. His guitar work with The Red Hot Chili Peppers was outstanding, although we especially admire his solo work and his collaborations with guys like Venetian Snares or Omar Rodriguez Lopez. Even though Fugazi is not one of our all time favourites, they still had a great impact on our recordings.

However, we think the special thing about our band‘s chemistry is that our music taste indeed overlaps, but every band member has his own preferences that partially differ a lot from each other. Max, for example, is a big fan of the German band „Die Nerven“. He draws a lot of ideas from their energy and also their lyrics. The awesome bass lines from The Cure or The Jesus Lizard were also a big influence on his playing.

Sascha is a big fan of The Red Hot Chili Peppers and brings influences like Beastie Boys, Arctic Monkeys and The Beatles. With his drumming, Timon was inspired by many, like Mark Guiliana, Jojo Mayer and Danny Carey. He also brings some elements of Jazz into our rhythmic section, as one of his influences is the great John Coltrane. Especially, the washy and laid back drumming of Elvin Jones on Coltrane’s “Live at Birdland” album, where Jones’s drumming supports the warm and soothing sounds of Coltrane.

Q. Make a list of 5 albums of all time…
That was a really tough one. We tried to compromise a list, which all the band members can somehow agree on.
John Frusciante - The Empyrean
Tool - 10.000 Days
Kyuss - ...And The Circus Leaves Town
Pink Floyd - London '66–'67
John Coltrane - Coltrane Live at Birdland

Q. How do you feel playing live?
It’s mostly a very energizing feeling. Before the concerts we’re a little bit nervous, but when we start to play we can usually totally ignore everything except the music. Keeping the show spontaneous and full with power is definitely more important to us than delivering a clean and perfect, or sterile show. And this energy and commitment we’re trying to put into our music is also what we feel while playing.

Q. How do you describe Cumin’s sound?
Regarding Genres one might place us somewhere between Alternative-Rock and Post-Hardcore, but generally we’re not bound to anything. We’re a trio and we try to make music that is very diverse, therefore all of us sing and even use synthesizers to enhance our sound.

Q: Tell us about the process of recording the songs?
We usually record our music on our own because we like to be in control of how the music will sound. It also feels more natural not having another person involved in this process. Sascha hast got a nice selection of microphones and he makes a good mix, so we’re really satisfied with the outcome. We also only do live recordings, except for the voices or the synthesizers, which are sometimes overdubbed.

When we recorded our most recent album „Naivität“ we had rented a cottage in the mountains of the Bregenzerwald in Austria. We hid there for four days and recorded the album isolated from our usual environments, which was an intense experience.

Q. Which new bands do you recommend?
One of our favourite Austrian newcomer bands is „Phazma“. They’re a guitar and drums duo and deliver one of the most powerful live shows you’ve ever seen. Unfortunately, they haven’t recorded an album yet and you can only listen to one live recording on their Facebook-Page. However, if you get the chance to see them live - do it, it’s one of the most grasping experiences you can have.

We also really dig the sound of „Ortiz“, a band we were on tour with in May 2016. They make their own version of 90’s Emocore, but also venture into Post-Hardcore. Another really good band from our area is called “Stator”. Go to their Bandcamp profile and listen to their music!

Also Max really recommends „Die Nerven“. They are great and even if don’t understand German speaking, the singing is still very appealing. There are also some new bands like „Karies“ or „Nuage“ who have a similar sound and are great bands to keep an eye on.

Q: Which band would you love to make a cover version of?
Just at the moment we’re working on a cover song we’ll release in cooperation with “The Blog that celebrates itself,” but I don’t want to give away too much, so the band and the song will remain a surprise.

We guess it would also be fun to evolve a song from the inside out. It would be cool to try something from Gorillaz, Tool or maybe even Die Antwoord. There are just so many choices, for example the song “Don’t” from Dinosaur Jr. as it has great potential to be covered in all different styles – as well as creating a lot of noise in the process.

Q: What are your plans for the future?
We’re just back from our tour through Central Europe with Ortiz and we really enjoyed that. So we think that we’ll go on tour again with Ortiz in 2017. In the meantime we’re planning to record a 12“ Split EP with them. Also this Summer we want to play many concerts and furthermore concentrate on composing of our next album, which we plan to record in early 2017.

Q: Any parting words?
Hope to see you soon on a tour through Brazil!
*
*
*
Thanks