When It Was Written with Floodlore - An Interview 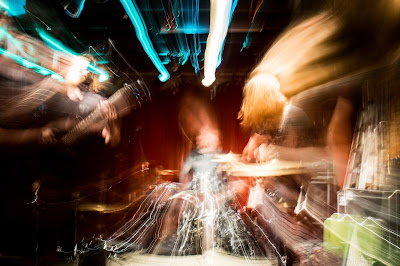 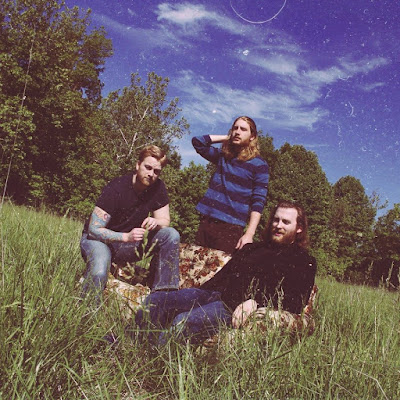 Q. When did Floodlore start? Tell us about the history...
In early 2014, Eric (drums) recruited band members in the Washington, DC area. Zack (guitar) and Ben (bass/vocals) tried out and joined the band in February-March 2014. We named ourselves ‘Floodlore’ after numerous flood stories in the world’s religions, started jamming every week, played our first show in Washington, DC in August 2014, and have been gigging regularly ever since.

Q. How do you feel playing live?
Playing live comes naturally, and we thrive on it. Our music translates well in a live setting, it gives us an opportunity to extend our songs and improvise as we see fit. We dig it.

Q. How do you describe Floodlore sounds?
An eclectic mix of hard rock, blues, heavy psych, stoner, and prog.

Q: Tell us about the process of recording the songs ?
We just independently released our debut album, ‘When It Was Written’. All of the songs were written long before we entered the studio, and it was only a matter of going in and laying down the tracks whenever we found the time. We recorded the album ourselves, with Zack doing audio engineering and producing. 10 songs were recorded over the course of 6 days, divided up over 3 separate recording sessions between August 2014 and February 2016. The process typically starts by playing and recording a song as a group to create a scratch track. Drums are recorded next. To keep the sound of the drums consistent throughout the song, drums are recorded as one continuous take rather than multiple starts and stops with multiple drum tracks. Bass and vocals are recorded the same day as drums, and guitars are recorded last.

Q. Which new bands do you recommend?
All Them Witches, Black Lung, Electric Citizen

Q: Which band would you love to made a cover version of?
Link Wray – Rumble

Q: What are your plans for the future?
Play outside of the Washington, DC area, maybe play some festivals outside of America, write new songs, and record a follow-up album.